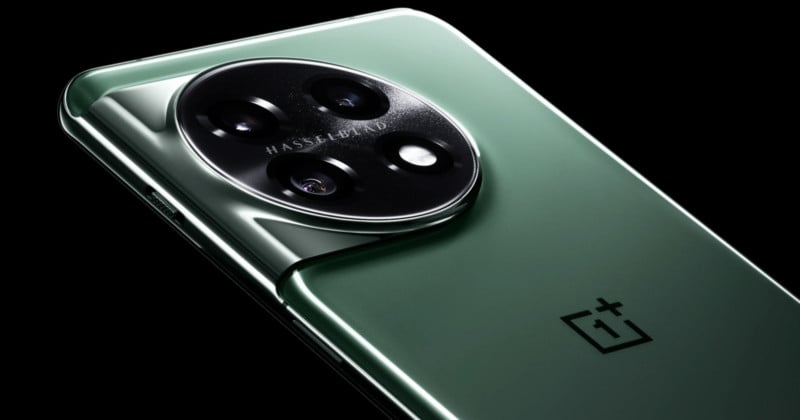 The OnePlus 11 5G has been announced for release in China and features a large, “black hole” styled camera bump that features Hasselblad’s mobile imaging system that can imitate the bokeh effects of the company’s 30mm and 65mm XCD lenses.

The camera bump — which OnePlus says is inspired by a black hole — features an upgraded Sony IMX890 50-megapixel main sensor with both multidirectional phase detection autofocus (PDAF) and optical image stabilization (OIS), which is joined by a Sony IMX581 48-megapixel ultra wide angle that also serves as a macro camera. The trio of cameras is rounded out by a Sony IMX709 32-megapixel 2x telephoto. The front of the phone features a 16-megapixel selfie camera that lives in a small hole-punch in the upper lefthand corner of the device. 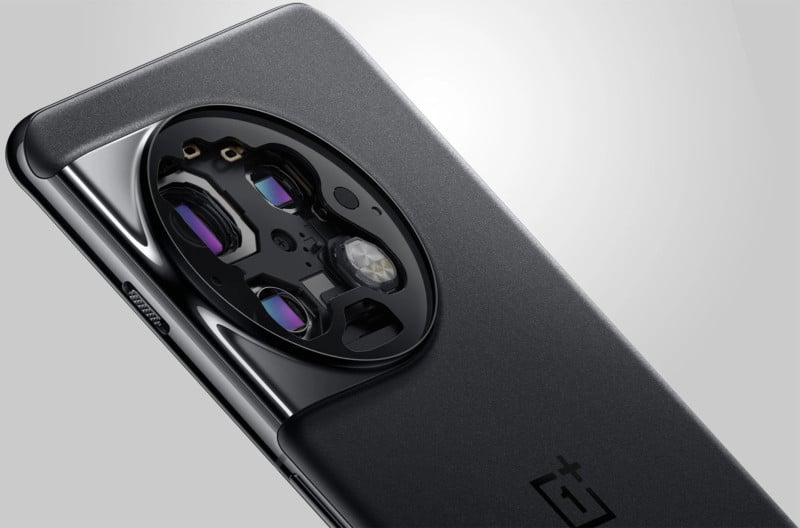 As noted by GSM Arena, the camera array appears identical to the Oppo Find N2, which should not come as a surprise since the two brands are now working closer together since a merger in 2021.

What might set the OnePlus 11 5G’s imaging system apart from the Oppo offering is the software, which was co-developed by Hasselblad. OnePlus describes the Sony IMX709 2x telephoto as a “golden portrait lens” thanks to its 13-channel multi-spectral sensor that it claims is able to collect more accurate colors. The smartphone can also capture in lossless RAW, which OnePlus claims will preserve true colors and details which, when combined with its portrait algorithm and bokeh effect, allows users to easily take pictures that appear like they were taken with a larger standalone camera. The OnePlus 11 G5 also includes access to the XPAN mode, which is a 65:24 ratio ultrawide mode that can capture in both color and black and white.

Outside of the camera system, the OnePlus 11 G5 features the first use case of the SnapDragon 8 Gen 2 processor which OnePlus claims offers faster CPU (35% improvement) and GPU (25% improvement) speeds with improved power efficiency. The smartphone is equipped with a memory of up to 16GB RAM and an “advanced RAM management system” for better performance in multi-tasking and gaming. The display is a 6.7-inch, 120Hz, 2K “A+ fluid AMOLED” with LTPO 3.0 that OnePlus says allows users to “see the world in its fullest” with vibrant colors. A 100W SUPERVOOC fast charging system and a 5000 mAh duel-cell battery work in tandem to provide long usage times.

The OnePlus 11 5G will be available in China on January 9, 2023 and will make their way to the global market on February 7. Pricing was not disclosed at the time of publication.