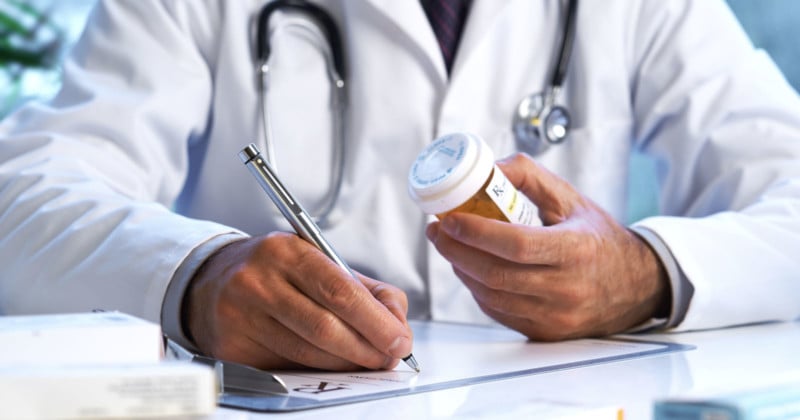 Google says the company is working on a new Google Lens feature designed to decipher prescriptions written by doctors that are difficult to read.

TechCrunch reports that Google announced that it was working on the new feature at its annual conference in India on Monday.

We’ve started working on the complex process of identifying what’s written on medical prescriptions by building an assistive model to digitise it, using AI, for medical healthcare professionals.#GoogleForIndia pic.twitter.com/XD8YwJ6HBr

“We’ve started working on the complex process of identifying what’s written on medical prescriptions by building an assistive model to digitize it, using AI, for medical healthcare professionals,” Google says in a statement.

Google Lens’ new feature will enable users to either take a photo of their prescription or upload one from their photo library.

Artificial intelligence (AI) will then process the image to automatically detect and highlight medications included on the note.

The search giant says it is working with pharmacists to explore ways to decode doctors’ unintelligible handwriting and digitize handwritten medical records.

The feature is not set for public launch just yet and is currently being treated as a “research prototype.”

“This will act as an assistive technology for digitizing handwritten medical documents by augmenting the humans in the loop such as pharmacists, however, no decision will be made solely based on the output provided by this technology,” Google adds.

According to Scrubs Magazine, handwriting in the medical field can be a major concern.

According to a 2006 study from the National Academies of Science’s Institute of Medicine, some 7,000 people are killed every year due to illegible handwriting from doctors. And some 1.5 million Americans are injured from mistakes with their prescription medication.

India is a crucial market for Google, which has amassed over half a billion users in the country. During the conference, Google announced that it would make visual search more natural so that users can search simultaneously with text and images.

The new multi-search feature allows users to take screenshots and add text to queries. The model will also make search results bilingual and cover more than 100 Indian languages for both speech and text.