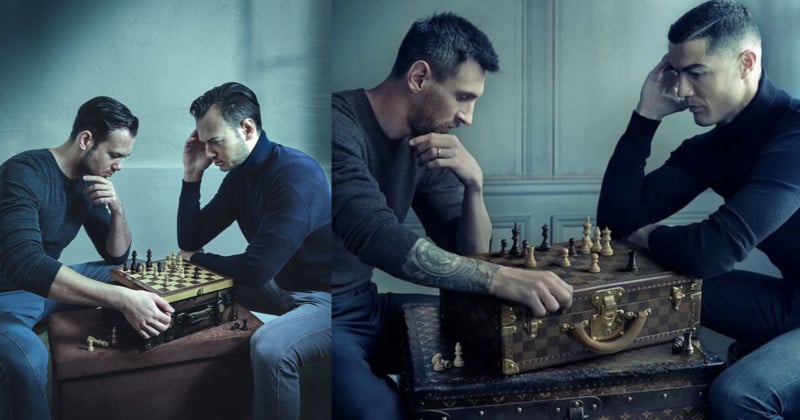 While Leibovitz used a Fujifilm GFX100S and composite editing for the now iconic shoot, Bechter and Romez instead ingeniously used Panorama mode on a smartphone to produce their image. 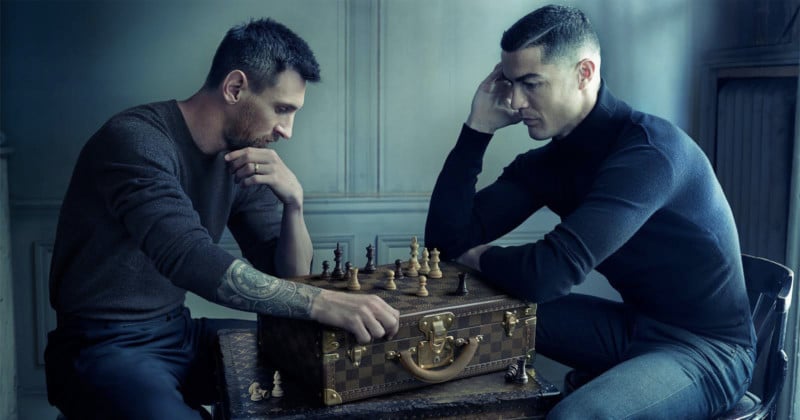 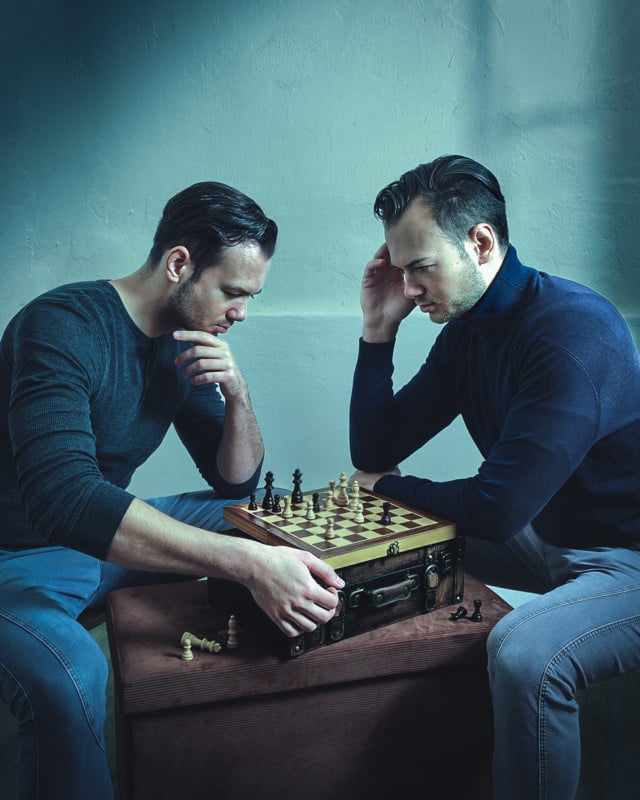 “We try to make super cool and impactful photos with easy tricks so that they are as reproducible as possible,” the content creators say.

“These tricks include optical illusions and photos with the panorama mode of the phone, among others.

“As soon as we saw the original photo of Ronaldo and Messi on Instagram, we realized it would be perfect to recreate using our panorama trick, for which we are well-known.”

To recreate Leibovitz’s photo, Bechter and Romez set the smartphone camera to panorama mode and placed the device on a tripod — with the goal of duplicating Bechter as both Ronaldo and Messi in the image. 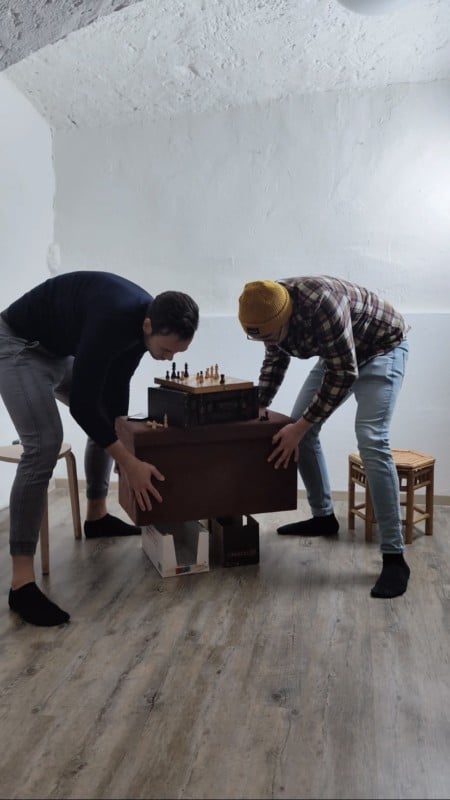 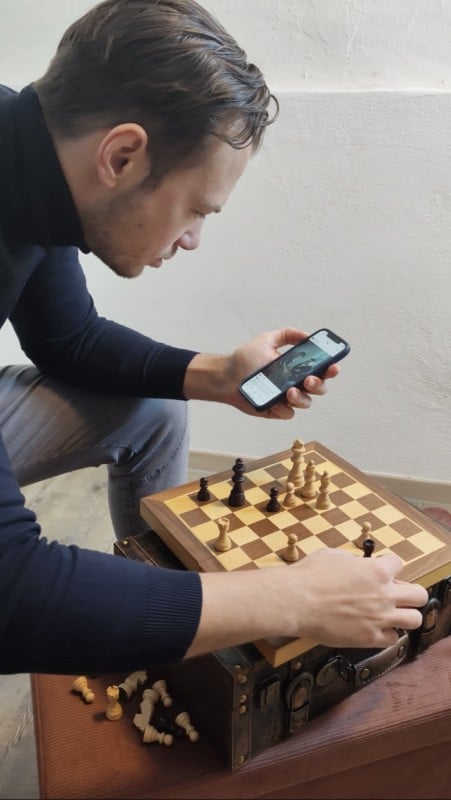 The photographers started the panorama shot and captured the first pose which was Bechter seated as Ronaldo.

The pair then stopped the motion of the panorama on the smartphone while Manuel exited the shot and prepared for the second pose as Messi.

Bechter then came back into the frame for the second pose where he took Messi’s position in the photograph before finishing the panorama move.

“As for the outfit, Manuel was wearing two sweaters on top of each other that were meant to match Messi’s and Ronaldo’s looks,” Romez explains.

“And he took the one sweater off when posing for the second time to make the recreation as realistic as possible.”

However, there was one detail in Bechter’s and Romez’s photo that was intentionally different from Leibovitz’s original image.

“One fun fact to create content with the potential to go viral is to incorporate a small mistake in the photo, a so-called ‘Easter egg,’ in order to catch the attention of people who really analyze our photos in detail,” the photographers explain.

“In this case, we took the white king out of the chess game and put it to the side. Indeed, several people actually commented on the photo and mentioned that the game was over already because the king was no longer in the game.”

Leibovitz’s photograph of long-term soccer rivals Ronaldo and Messi playing chess on top of a Louis Vuitton bag for an advert quickly became the second-most-liked Instagram post ever. Ronaldo’s post of the pair has over 41.7 million likes.

A photo of an egg holds the record for the most-liked Instagram post ever with over 56.1 million likes.

Fans were left disappointed by Leibovitz’s photo when a behind-the-senes video revealed the soccer duo was not actually in the same room together.

Messi and Ronaldo were asked to pose in their respective positions before being composited together in editing.