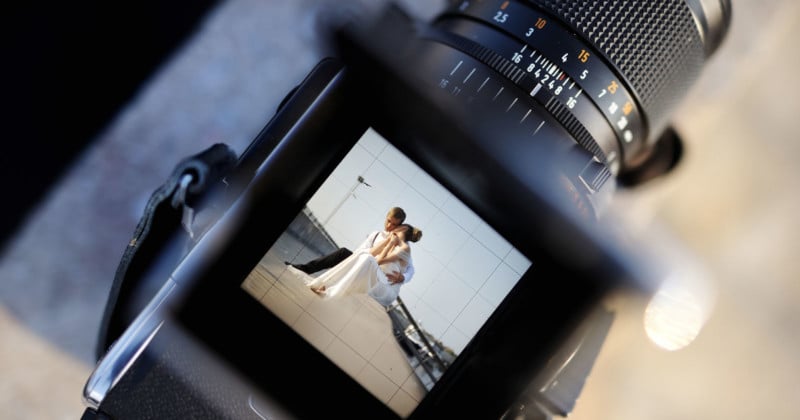 A wedding photographer is trying to clear her name after she was accused of not showing up to an engagement photo shoot in a viral social media post.

Kark.com reports that wedding photographer Sierah Love denies she is a “scam artist” following a client’s mother’s negative Facebook post about her.

On November 27, Tina Pierce took to Facebook claiming that Love never showed up for daughter Brianna’s engagement shoot after the family paid $1,500 for her wedding photography services.

Pierce writes: “If you are looking for a photographer I do not recommend Sierah Love at all!”

In the Facebook post, Pierce alleges $1,5000 was paid to Love for her wedding photography services although “no contract was signed”.

Love, who is based in, Little Rock, Arkansas, offers a complimentary engagement shoot with the booking of a wedding photography session.

However, after rescheduling the engagement shoot with Pierce’s daughter for the second time, the photographer failed to show up.

After their disappointment following Love’s no-show, Pierce says that her daughter found a different wedding photographer. However, Love has refused to refund the couple.

“She is refusing to refund stating she has never missed a wedding,” Pierce writes. “Like we can trust her at this point”

She adds: “Needless to say, we have found someone but this is very frustrating.”

Pierce’s Facebook post quickly went viral and was shared over 1,900 times within a few days. Social media users were left disgusted by Love’s refusal to refund the client.

‘I am Not a Scam Artist’

Love spoke out about how Pierce’s allegations had damaged her reputation as a wedding photographer.

The photographer told the news outlet that she has contacted police about the threats she has received following Pierce’s post.

In an interview with Kark.com, Love says: “I am not a scam artist”

“When you book a wedding with me, you pay the $1,500 that’s for the wedding package and a complimentary engagement session is included with the booking of a wedding,” she explains.

Although the family had already paid before, Love did not show up.

“My phone was not working that day,” the photographer claims. “For some reason my phone was just, you know, my dad was in a head-on collision, my sister couldn’t even get in touch with me.”

Love said that there was no official paperwork for the photoshoot and she has not issued a refund to the client.

Meanwhile Pierce tells Kark.com that the family was “so excited” about her daughter’s engagement shoot until Love failed to show up. She says that a photographer should not accept clients’ money if they do not intend to show up.

“Here at the holidays and with inflation and to know that someone is out there taking people’s money, is just not good practice,” Pierce says.

Pierce’s daughter is getting married next spring. However, they plan on using a different wedding photographer after their experiences with Love.

“We don’t trust her,” Pierce says. “Why would we want her to possibly be a no-show at Brianna’s wedding that’s already stressful enough, she don’t need that added stress,” Pierce said.

Social media can have the potential to damage a photographer’s reputation. PetaPixel previously reported on a “bad reviews” extortion scam that was targeting photographers.