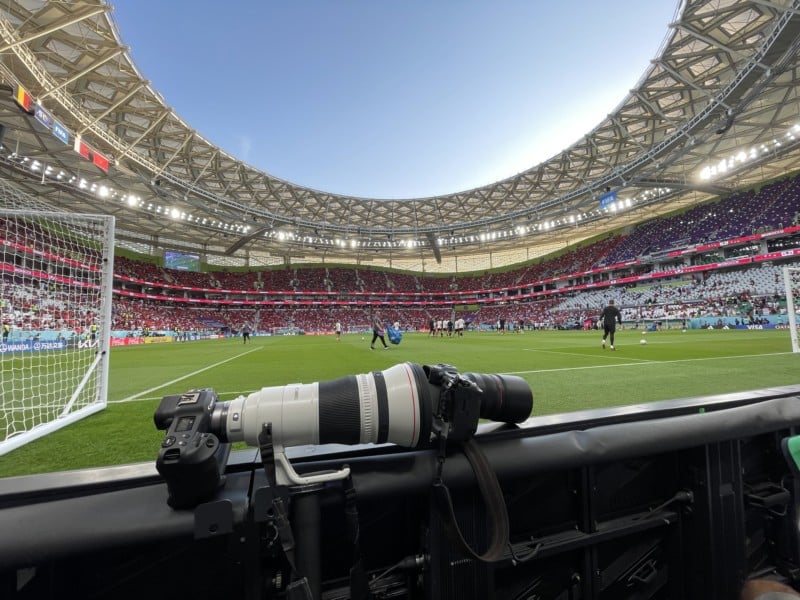 As the United States prepares to take on Iran in a must-win game today, PetaPixel caught up with a photographer shooting at the World Cup to find out what’s in his camera bag.

Simon Bruty is out in Qatar covering the quadrennial soccer tournament for Sports Illustrated and is a Canon Explorer of Light.

“In terms of gear, I’ve wanted to use the short prime lenses around the penalty box, so I’ve had to either borrow them from Canon or have them myself,” he explains.

Bruty has three Canon R3 bodies and one Canon R5 with a wealth of lenses to choose from. 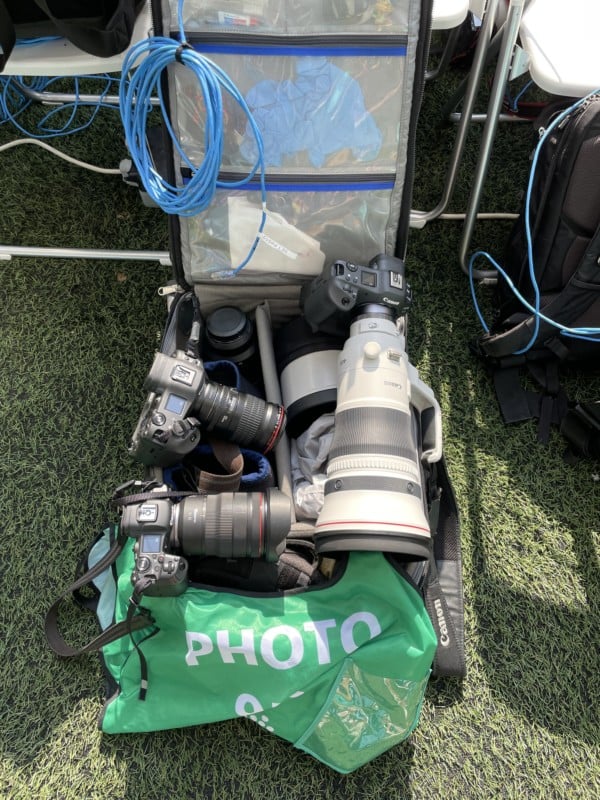 Bruty also has some remote cameras that are left directly behind the goal or another vantage point in the stadium where the photographer can’t sit during the games. 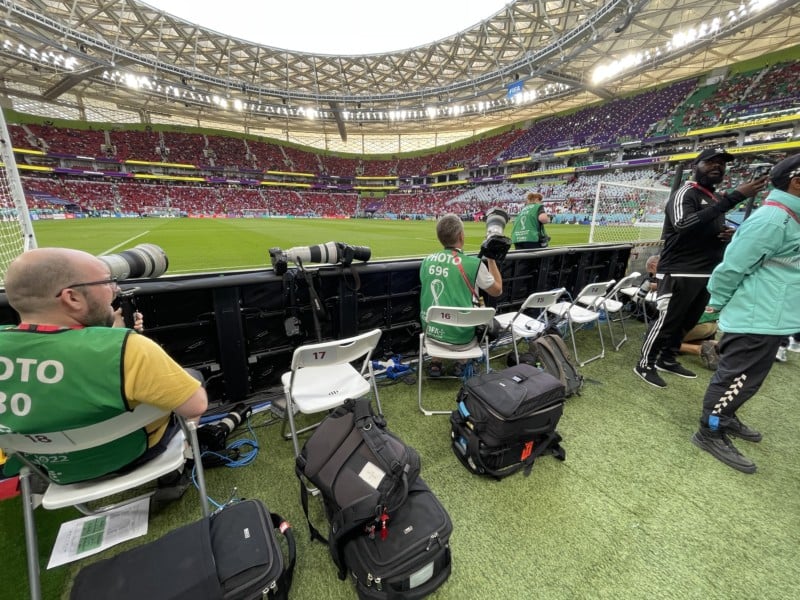 Sports and editorial photography drive innovation. In 2022, Bruty thinks the simple anti-flicker feature on the Canon R3 might be the most cutting-edge piece of technology.

“The advertisement boards around the grounds are all LEDs. That flickering could be an issue,” he explains.

The World Cup is the biggest event in soccer; the world’s most popular sport. The stakes could not be higher with the players and managers under immense pressure.

Bruty, a British photographer who lives in Washington D.C., says that while the on-field action such as tackling and goal scoring is obvious, the photographer must have an eye out for other stories unfolding.

“There are always moments outside of the action that can sum up the World Cup. Zidane head-butting the Italian Materazzi is a good example of what I am talking about,” he says.

“I will also be looking at the fans as a story to photograph.”

The Qatar World Cup has not been without its controversy, but in terms of the United States Men’s National Team (USMNT) Burty says he hopes they do well.

“They are a very young team. I would love to see them get out of the first round group stage,” he says. “That will be tough for them.”

The USMNT will find out today if they will qualify from Group B when they play a geopolitically charged game against Iran at 14:00 Eastern Time.