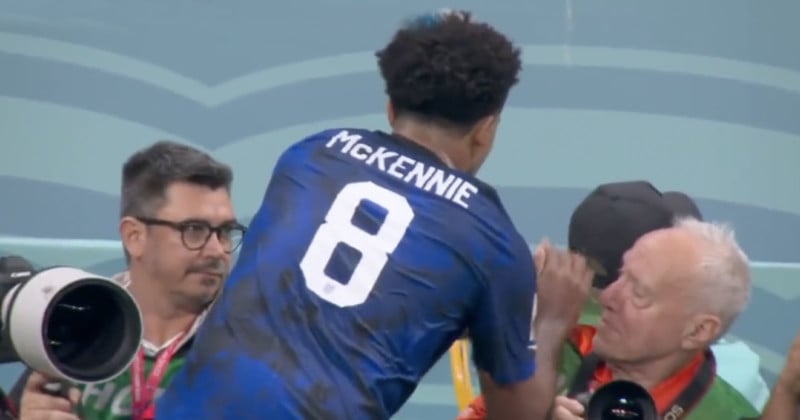 After the ball went for a throw-in, McKennie went to the sideline to take the throw but before doing so he wiped his hands on a photographer’s bib without asking him.

McKennie is renowned for being able to throw the ball a long way creating opportunities to score for his team. Wiping his hands allows him to grip the ball better, enabling him to throw it further.

“I mean, normally you do that on your trousers. How did that contact with the photographer happen?” Asks the reporter.

“Yeah, no haha my t-shirt was wet. I couldn’t throw the ball properly,” McKennie responds in fluent German.

“Yeah, I just used his bib and dried my hands. And as you saw I threw the ball, won a corner, all good,” McKennie says. 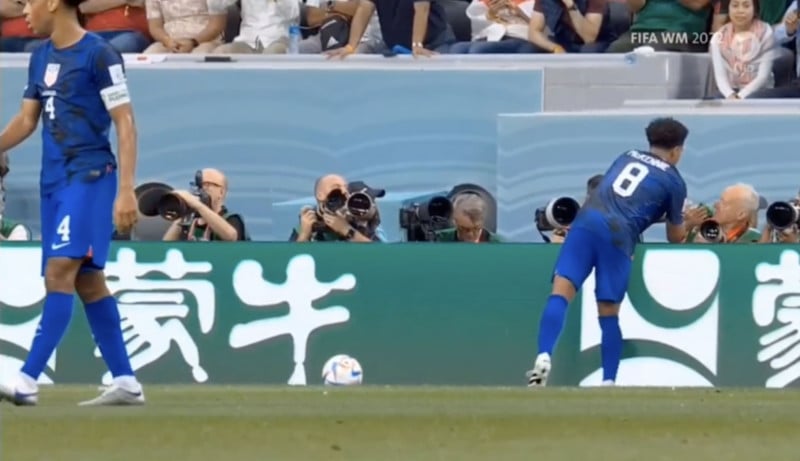 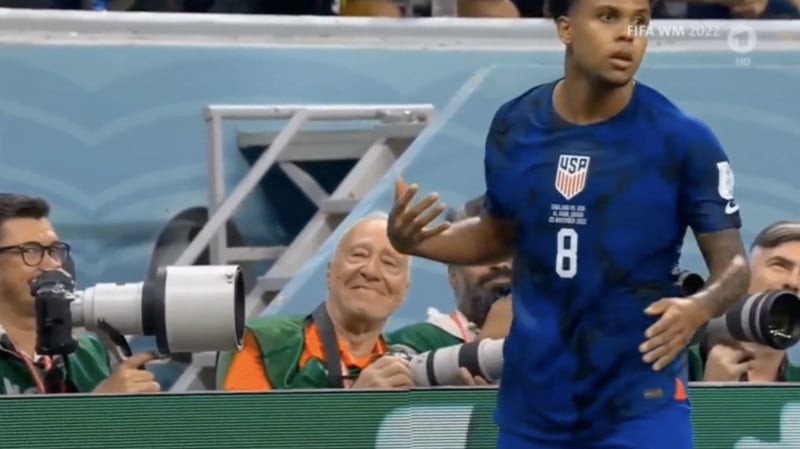 While some found McKennie’s antics hilarious, not everyone was impressed with some calling him disrespectful.

“Imagine walking up to a stranger on the street and you just wipe your sweaty palms on their top,” writes one Twitter user.

“This looked like he didn’t at all ask, what a weird ego trip,” adds another.

For his part, the photographer seemed sanguine about the incident, smiling after McKennie had wiped his hands on his bib.

The incident took place in the 38th minute of the match with the scoreline at 0-0. Neither England nor the United States managed to score any goals seeing out a bore draw during their Group B match at the World Cup held in Qatar.

“Enjoyed McKennie wiping his hands on that photographer’s bib before taking the throw. Highlight of the game so far,” writes another Twitter user.

McKennie using the photographer's bib to dry his hands before the throw-in 😅 pic.twitter.com/CyKQBzKaq6

Despite England having more possession of the ball throughout the game, the Three Lions failed to produce with the U.S. creating the best chances. Christian Pulisic hitting the crossbar was the closest either side came to finding the net.

All four teams in Group B can still qualify for the knockout stages. It concludes tomorrow (Tuesday) when the U.S. face Iran and England play Wales.