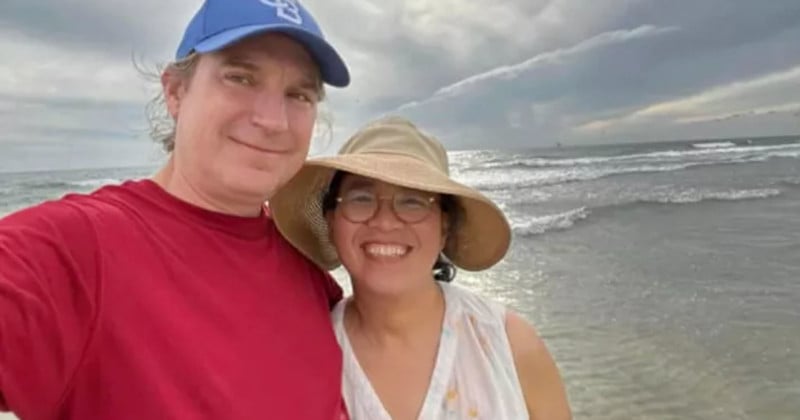 Corey Allen, the co-founder of the Flagstaff Camera Store Hidden Light, is currently missing after he tried to help his wife Yeon-Su Kim who was swept away from shore due to high winds and strong tides on Thanksgiving. Kim’s body was found Sunday.

Kim was a professor at Northern Arizona University and her husband, Corey Allen, is a real estate agent and co-founder of the darkroom and camera store Hidden Light in Flagstaff, Arizona. The couple and their two teenage daughters are described as a major part of the Flagstaff community by Fox 5 Vegas, which spoke with a close family friend, Bryn DeFusco.

“They are just the nicest family. I mean, I know you interview people and people tell you that, but they really are. They are so lovely and warm and engaging,” DeFusco says.

The family was vacationing in Mexico and the couple, along with their 14-year-old daughter, were kayaking off a beach near Rocky Point around 1 PM on Thanksgiving day. Locals reported that the winds were especially high that day and that there was additionally a strong reverse tide that changed the shoreline level quickly and with little warning. Allen apparently became concerned with the conditions and kayaked back to shore with his daughter before venturing back out on the water to try and help Kim.

“Corey Allen took his daughter back to the shoreline and back to the rental house, and he was going back to help his wife,” Tavane McCombs, a local business owner in Rocky Point who has been coordinating local search efforts, says.

When Allen did not return to the rental house, their daughter ran to a neighboring home to seek help. A full-scale search for the couple started at 6 PM Thanksgiving evening staffed by volunteers as well as public search and rescue agencies.

Yesterday, a local fishing boat came upon a body about eight miles off shore, which was later identified as Kim. Teams are continuing to search for Allen.

“After an intense search operation by air, sea, and land, the Secretary of the Navy reports to Sonora Civil Protection, the discovery of a body on Playa Encanto, with characteristics similar to one of the two missing persons,” the caption of the Facebook post above reads, machine translated.

A GoFundMe has been set up to help pay for search and rescue costs — with the permission of Allen and Kim’s family — and at the time of publication had raised $69,347.

“To those who so generously supported the Gofundme effort, we will be using the funds raised to pay for pilots’ fuel, make a substantial donation to the local fire department that has been so helpful in the search, support the ongoing search for Corey, and use the remaining funds to support Yeon-Su’s and Corey’s children,” the GoFundMe organizer Lisa Aumack wrote in an update published yesterday.

“Thank you so many times over for your generosity and support through this extremely difficult time for our family.”