Photographer and YouTuber Mathieu Stern recently found an old 1960s-era Edixa camera at a garage sale for about $5. It was in rough shape, but he believed it could once again be beautiful.

The Edixa series of SLRs include a range of 35mm cameras that were made by Wirgin between 1959 and 1971. According to Camerapedia, the vast majority of these cameras used a 42mm Praktica/Pentax screw mount which meant they were able to accept a wide range of lenses at the time.

Stern says that when he saw the camera for sale, he decided to pick it up because he already liked the experience he had with a previous Edixa camera and really liked shooting with a waist-level viewfinder. Since it was so cheap, he decided it was worth the risk to try and bring it back to its former glory.

As can be seen in the photo below, the camera was in pretty poor shape. 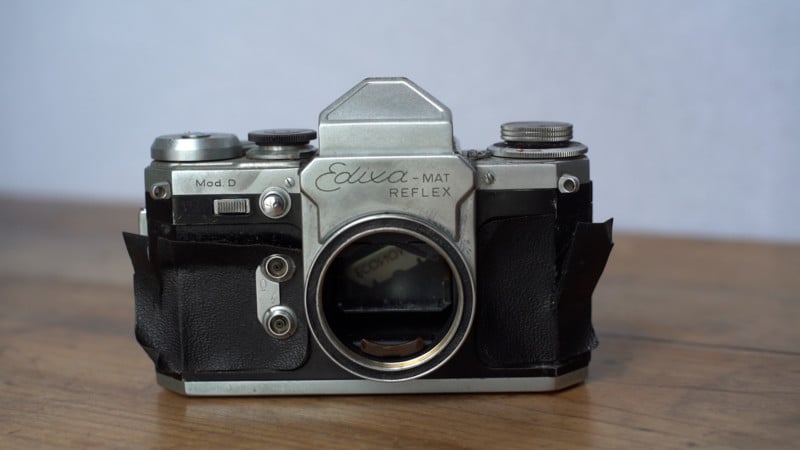 Before getting to the moving parts, it’s obvious the camera needed significant work. Even as far as aesthetics are concerned, the grips were falling apart and the metal was scratched and tarnished.

While Stern has restored a camera before, it was in a limited capacity.

“I changed the skin cover of another Edixa before but I never did a full cleaning or restoration of a vintage camera,” he tells PetaPixel. “I did clean the inside of many vintage lenses but cameras are way more difficult.”

But given the low cost of entry, he was willing to give it a shot.

“Finding an Edixa for 5 euros was the best way to feel less stressed about doing a full restoration, if I failed, it would not be so bad,” Stern explains.

In the video above, Stern goes through every process it took to bring the camera back to life, from removing the old materials, to cleaning the dials and mirror, to applying a new coat of paint and a new grip.

“I think the most difficult part is to stay calm when you handle the extremely small screws,” he says. “One small movement and you can lose it, and that’s very frustrating to miss one screw when you put everything back together.” 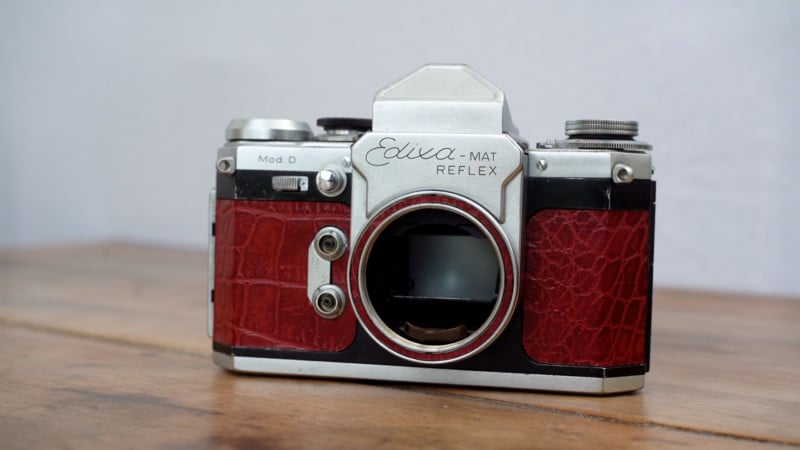