A photographer who has been capturing demolitions on large format cameras for 15 years only gets one shot to capture the one-off explosion.

Thanks to his creative decision to shoot on 4×5 analog film cameras, Andrea Botto only gets one frame.

“One blast, one shot,” he tells PetaPixel. “It might seem a contradiction or an unnecessary limitation.

“On the contrary, it is a primary part of the photographic process that is confronted with another similar irreversible process. Both, once triggered, cannot be stopped.” 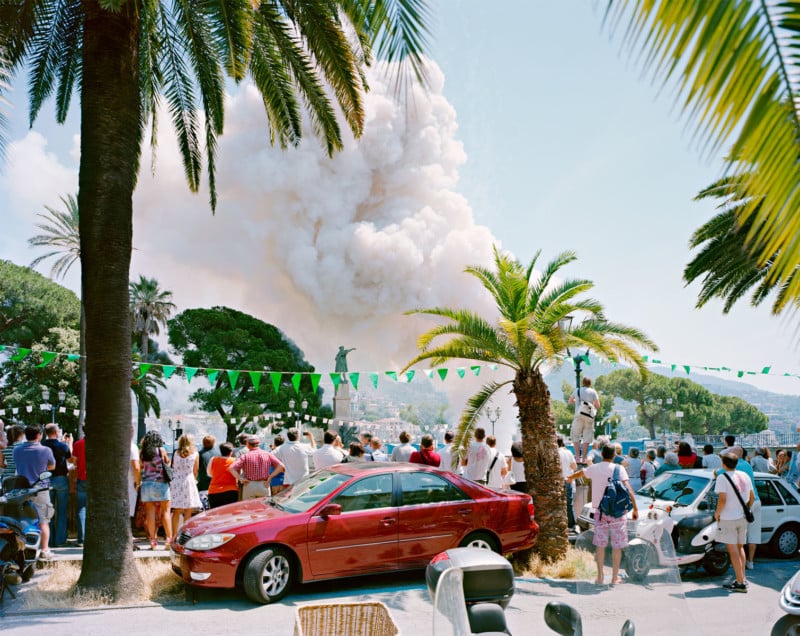 Botto has been involved in demolition, blasting, and pyrotechnics for almost 20 years and is interested in how destruction affects time and memory.

“I am not interested in mere documentation, although it can be said that my work takes on a ‘documentary style’ in the sense that Walker Evans intended,” he says.

“Demolition, like landscape, are just pretexts for me to reflect on contemporary issues. We know that observing a phenomenon makes us participate in what we are looking at, modifying the phenomenon itself.”

“In this case, watching destruction reminds us that looking is never a neutral act.”

Planning is vital for Botto’s line of work. Extensive studies and discussions with experts must be carried out before the event.

“Identifying the point of view, setting up the equipment, waiting for the event for many hours, managing anxiety, are all now part of my creative process,” he explains. 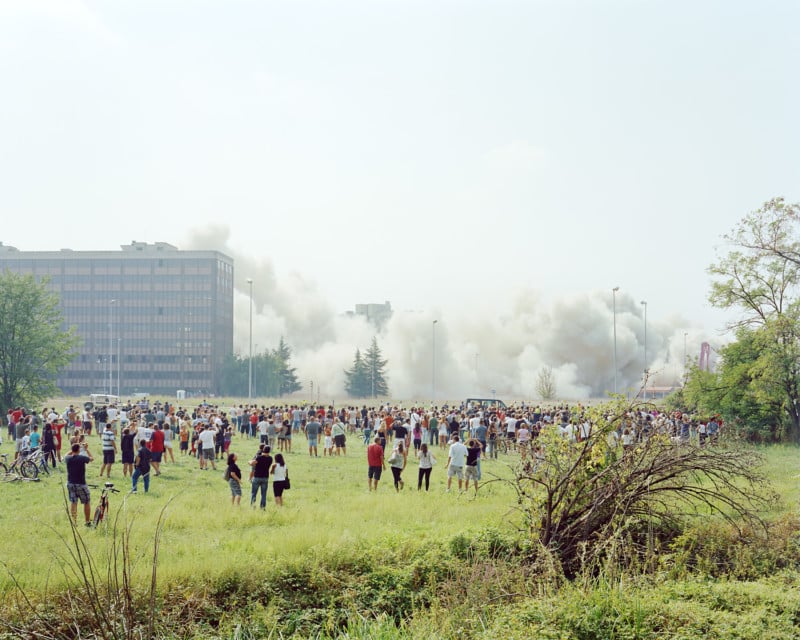 The Italian photographer says that his mission to take the “first-ever” photograph of an underground blast was the most difficult challenge.

“This was possible thanks to an art commission from Ghella, a leading tunneling company, that invited me to work at the Brenner Base Tunnel, the longest railway tunnel in the world currently under construction under the Alps,” Botto explains.

“There I have developed a working method that has a lot to do with a scientific experiment, approaching the result by successive approximations.”

Because of this trial and error method, Botto had to turn to digital but stayed true to his “take one shot only” large format philosophy.

Botto says he uses 8×10 not just for its stunning quality and rich detail.

“Using it is for me like a performative ritual. You have time to think about what you are doing. Looking the world upside down under a black cloth needs a lot of concentration,” he says.

“It allows me to have a ‘staging’ effect in my pictures as well, that is another important feature of my work.”


Botto explains that after the large format process is complete, he makes a drum scan to create a large digital file that can be edited on Photoshop.

“I can then post produce in the way I think most appropriate, having total control on it.”

Bottos lives in Rapallo, Italy, 30 kilometers east of Genoa. He currently has a solo exhibition entitled Landscape as Performance in Innsbruck, Austria which runs until January 21, 2023.