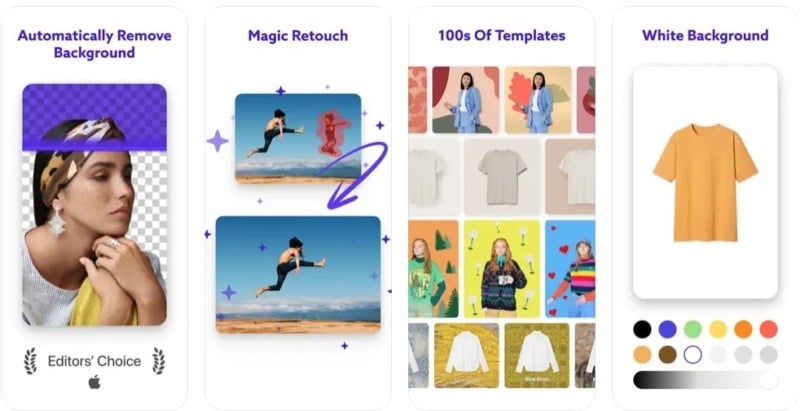 A photo editing app that automatically removes the background from pictures with just one click has soared to over 40 million downloads.

PhotoRoom is an artificial intelligence (AI) based photo editing app designed for e-commerce vendors and small businesses that lets users create professional product pictures in seconds. It has raised $19 million in funding and has seven million monthly active users.

The app has become particularly popular for its AI tool that lets users automatically remove the background behind objects in their photos and choose another backdrop instead.

TechCrunch reports that the French startup behind PhotoRoom has now raised $19M in a Series A round of funding, with participation from angel investors hailing from Facebook, Hugging Face, and Disney+.

The company reportedly plans to use its funds to develop its software, improve generative AI features and increase its workforce in Europe. PhotoRoom aims to become the number-one photo-editing platform in the world by democratizing access to studio-quality photography and collaboration tools.

Currently, the app is available in 28 languages and the company’s AI processes more than three million high-quality and accurate images a day from a growing global user base.

Two years later, the app has seven million monthly active users, and hundreds of thousands of users pay a subscription fee ($9.49 per month or $46.99 per year) to unlock all the features in the app. PhotoRoom has also topped 40 million downloads on iOS and Android since it was first released in 2019 and has been profitable for the past two years.

PhotoRoom is by no means the only app that removes photo backgrounds. However, it has focused on a specific customer base and this has contributed to its growing success as a photo editing app.

PhotoRoom has zeroed in on entrepreneurs, consumers, and small businesses selling objects online — particularly on platforms like eBay, Etsy, Depop, and Poshmark. And it has consequently become the go-to editing app for online sellers looking to elevate their imagery.

With the stratospheric rise in e-commerce, users were looking for a simple photo-editing app that would let them quickly edit a photo in their camera roll, without the steep learning curve that Photoshop requires.

The AI in PhotoRoom enables users to modify photographs in a matter of seconds by using deep learning to identify different objects and elements on a photo. Users can delete the photo background, blur it or replace it with something else entirely. The same technology can be used to retouch images and remove unwanted objects from a picture.

With its new generative AI feature which is now in beta, PhotoRoom can also make marketing product pictures using just one image of the product and a brief written description. This means users will now be able to create product pictures with any setting and accessories in a matter of minutes, as opposed to spending time and money on studio photography.

PhotoRoom raised $19 million for its AI photo studio, which is already powering millions of resellers and small businesses.

Today, we are launching a new generative AI feature, magic studio, to create stunning marketing images from any product photo

PhotoRoom also has a large library of background templates that helps users export images in different formats with each online platform’s constraints in mind. While it was initially a mobile-first photo-editing app, PhotoRoom has also rolled out a web-based version of its software.