Photographer Brendan Barry transformed the Electric Barge into a giant floating camera obscura that not only captures photos but also works as a processing facility thanks to its built-in darkroom.

This is just the latest example of his construction of unusual camera obscuras, as Barry has previously converted multiple large locations into massive working cameras. In 2019, he converted a skyscraper into a massive camera, followed by a project where he photographed directly onto paper with a camera obscura made from a shed. Earlier this year, he turned an empty apartment complex into a giant camera.

This time, Barry converted the Electric Barge, what is normally a floating venue located on the western arm of the Regent’s Canal in London, into a giant floating camera with an integrated darkroom. 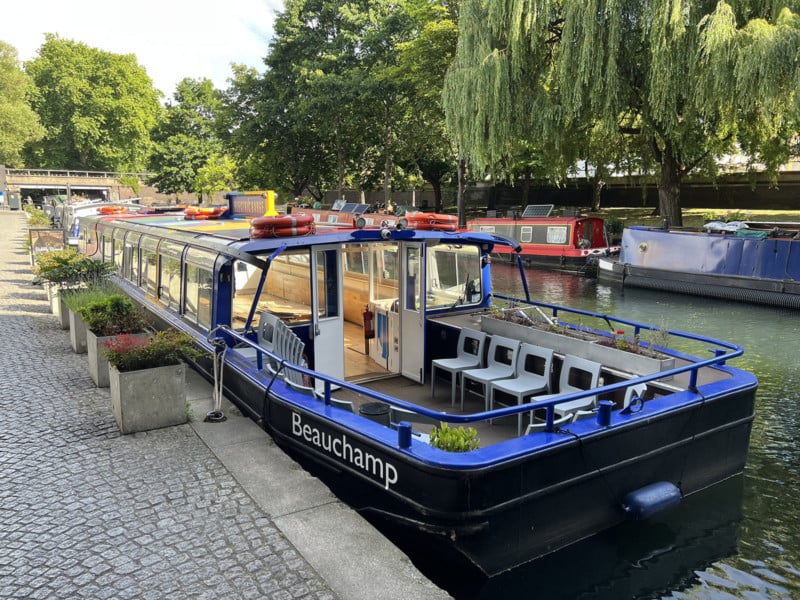 “I think a lot of people have quite fixed preconceptions and ideas about what a camera is and what it can do,” Barry says. “We’re kind of turning that on its head in some respects.”

Together with students from the Positive View Foundation, Barry transformed the boat into a camera by first sealing off all of the windows with cardboard and then mounting a lens into one of the windows. 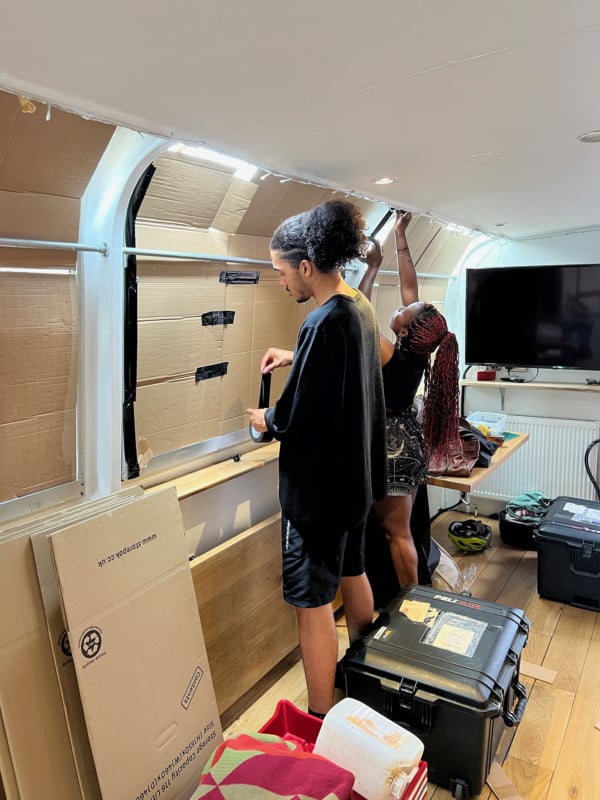 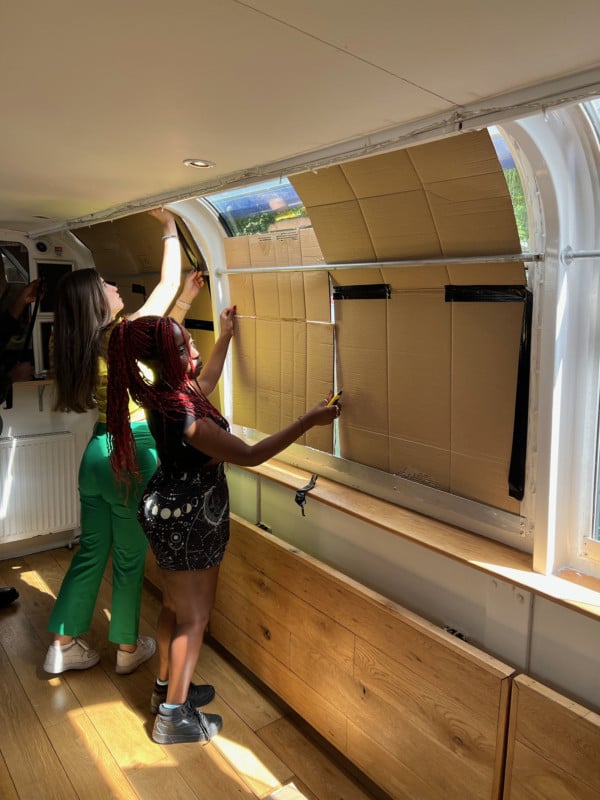 “We started by turning the barge into a lightbox using cardboard and gaffer’s tape. One thing that’s really important to this way of working is having the people involved actually be a part of the construction of the camera. Once the space was light tight, we then cut a hole in part of the cardboard to place the lens, which then allowed us to project a view from outside into the space.” 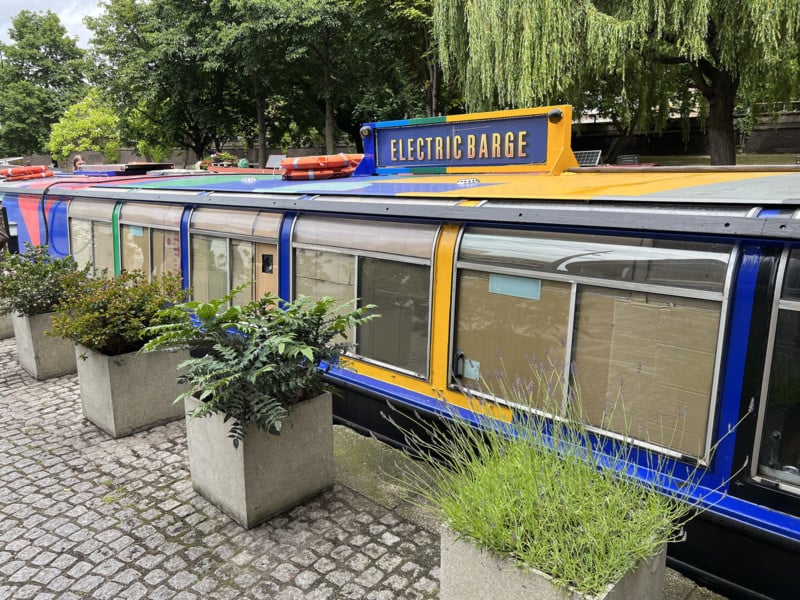 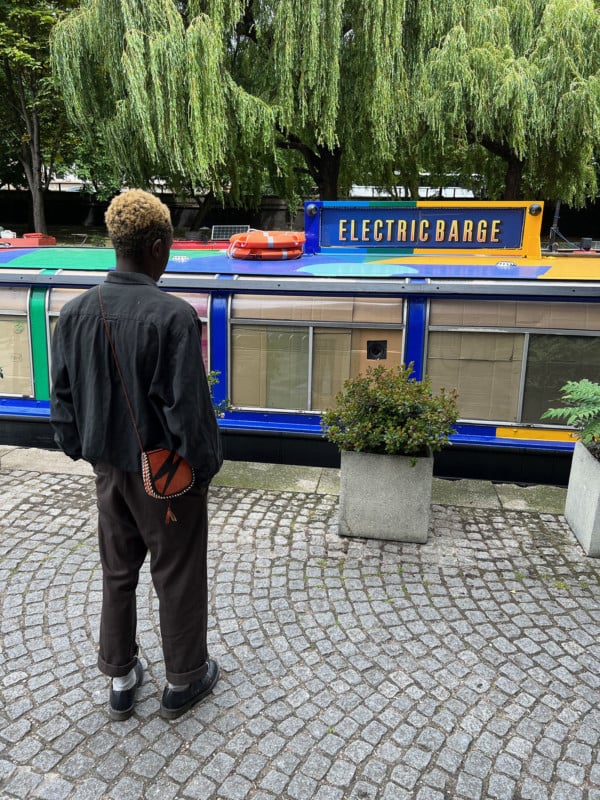 At that point, Barry had subjects stand in front of the lens and was able to project that view onto a board inside of the barge which he was able to move around and experiment with. What made this particular project different from previous large cameras Barry has created is that it moves. 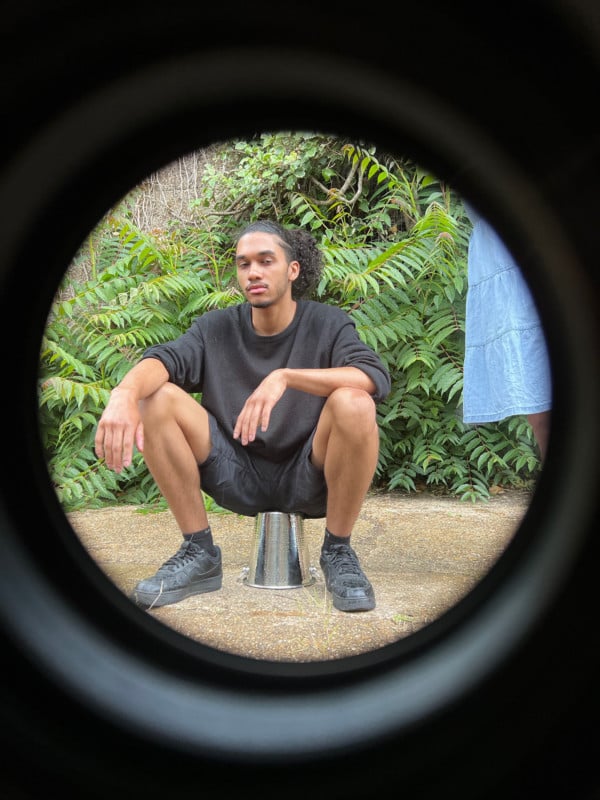 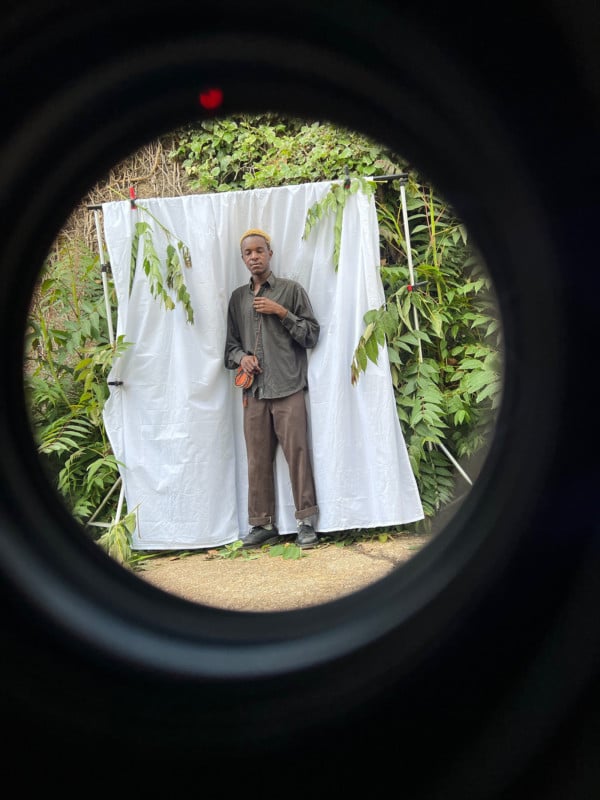 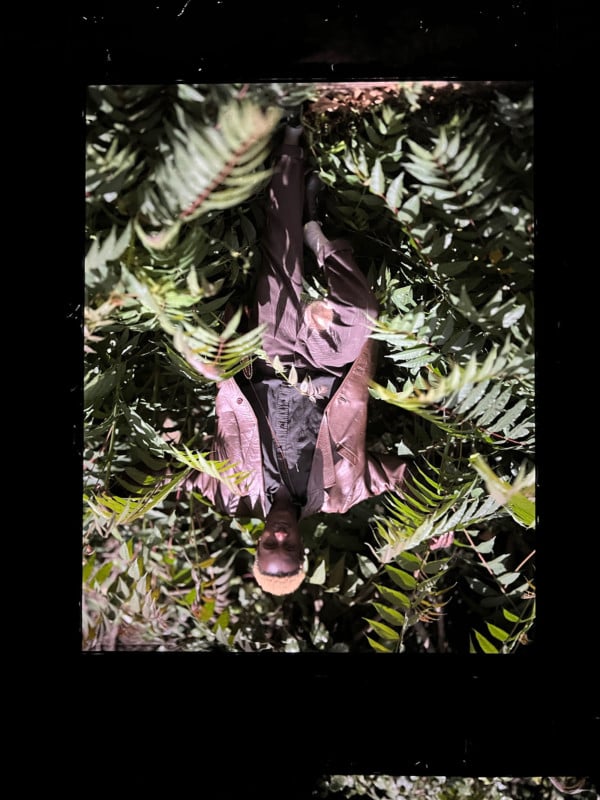 That movement actually was somewhat prohibitive to getting photos, since exposures were often blurry. Since it was part of the experience, Barry and the students eventually embraced it as part of the art of this project. 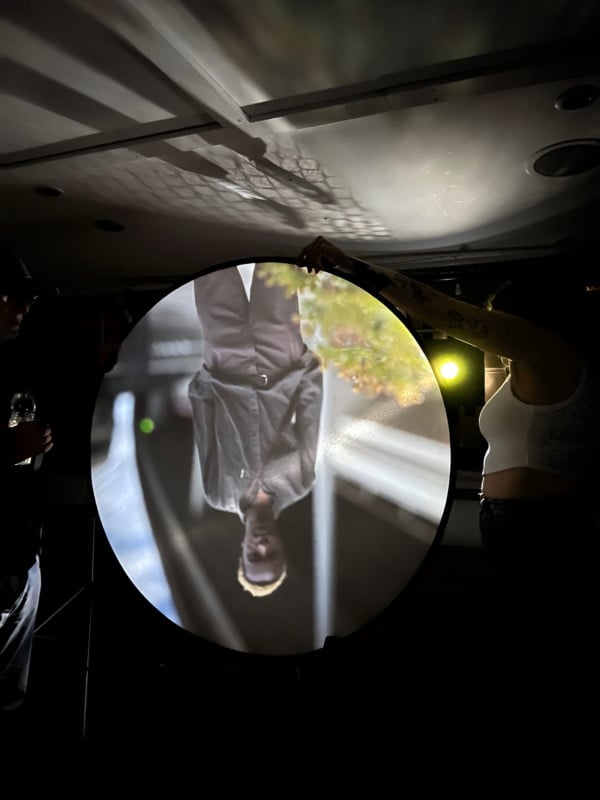 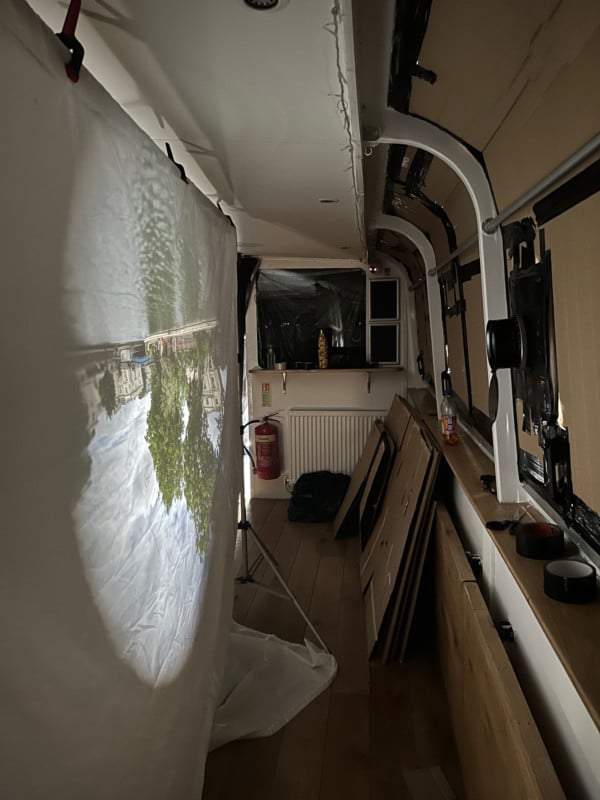 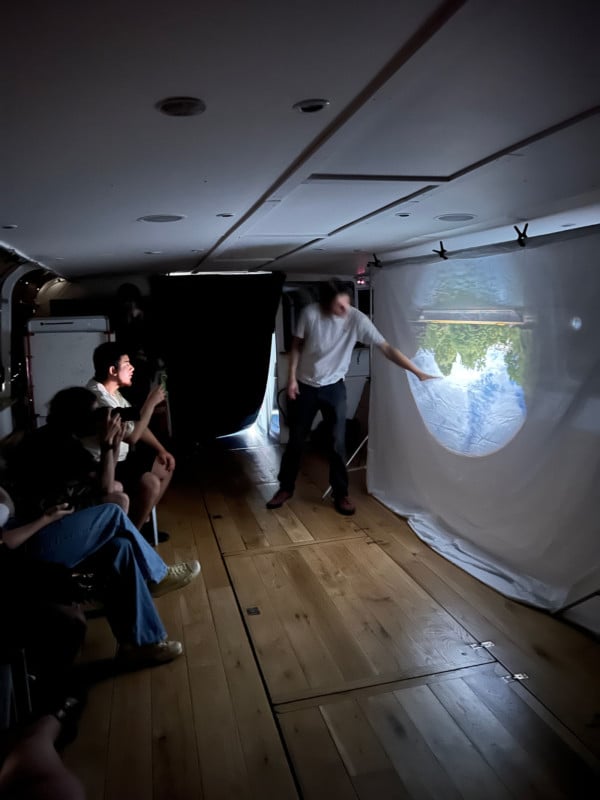 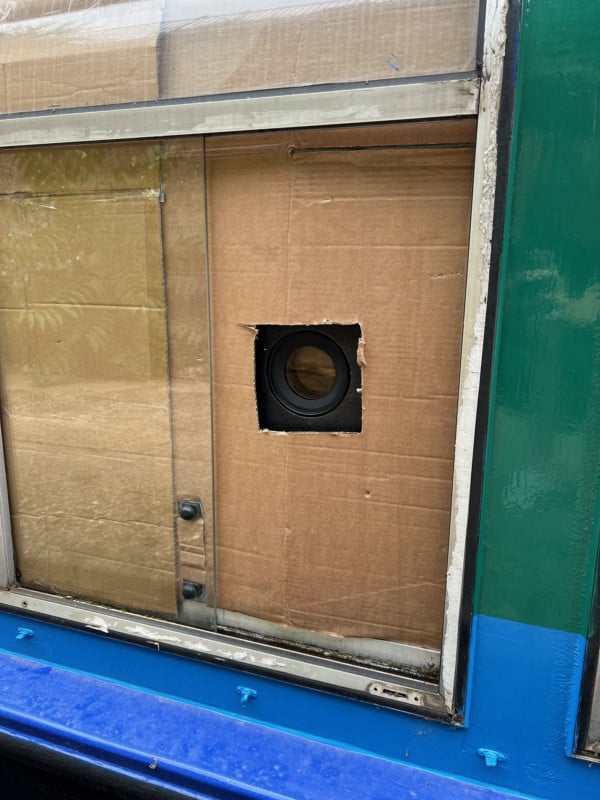 “Usually with the camera obscura, it’s in a fixed space in a room or a building that is looking over a specific view and that’s not going anywhere. But on this day as the boat was moving along the canal… we can kind of watch that world projected into the camera in this strange, beautiful, kind of uncanny feeling of watching the world upside down back to front, moving in what feels like a kind of strange and disconnected way. But it is also really magical,” he says.

As the boat moved along the canal, the group looked for locations they wanted to shoot in and as they appeared, they paused the boat and let the students experiment. 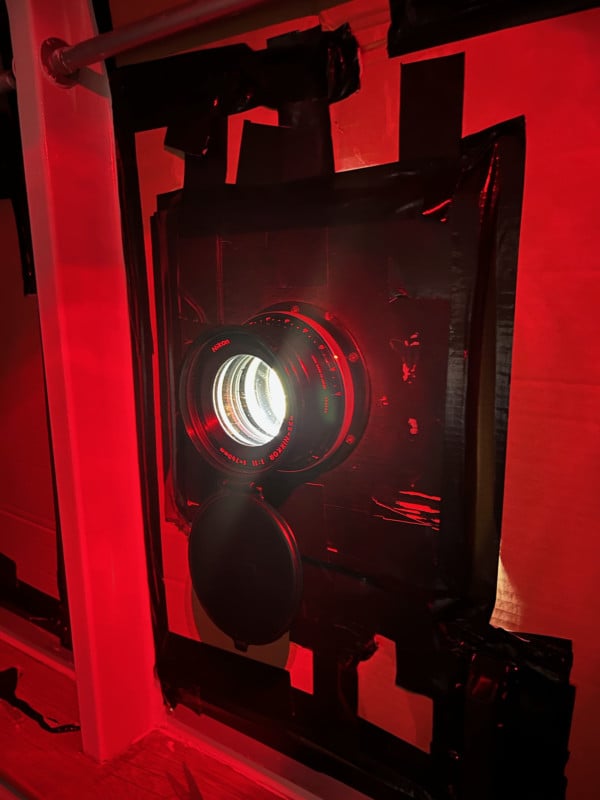 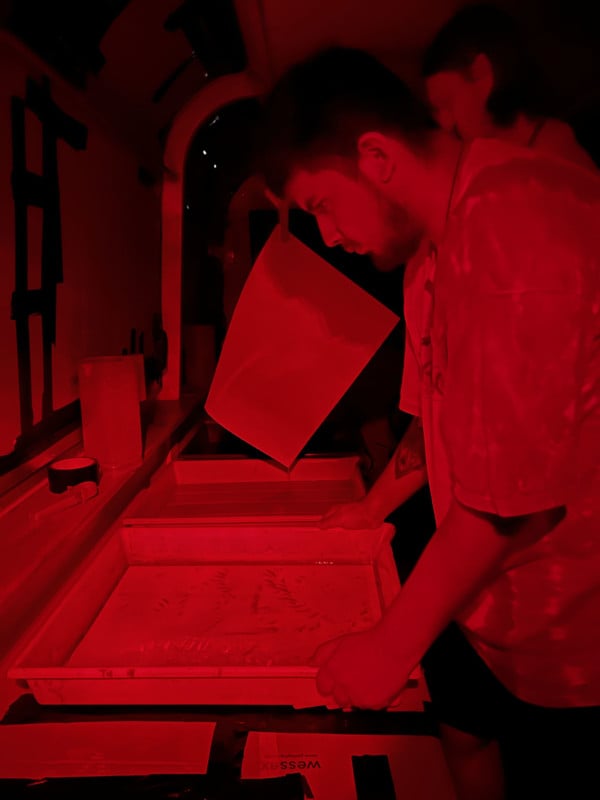 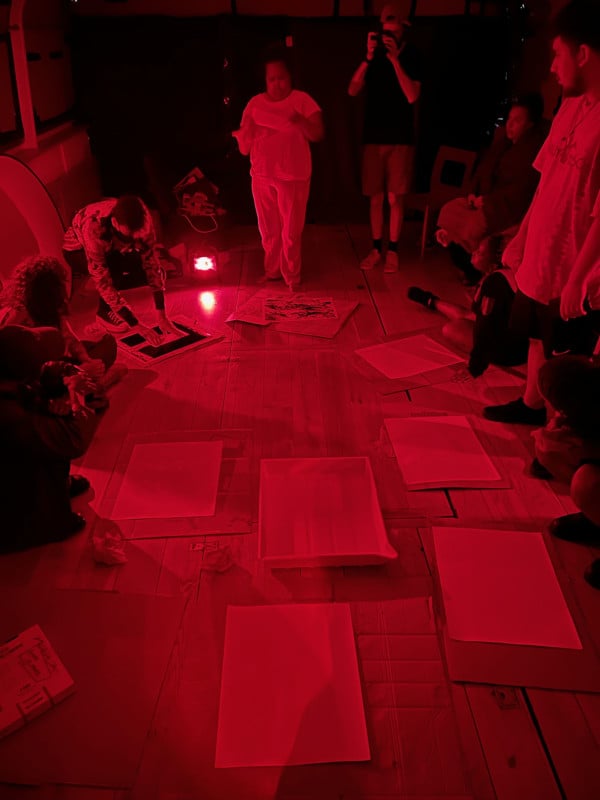 Processing the images took place inside the barge, which was not only a camera but also the darkroom.

“Having the darkroom set up inside the camera means we can take an image that we’ve just exposed onto paper and develop it straight away so we can see within seconds whether that image is successful or whether it’s under or overexposed,” Barry says. “It makes the process a lot more immediate but allows lots more experimentation and back and forth and kind of keep the image making and image processing and development part of the same thing.” 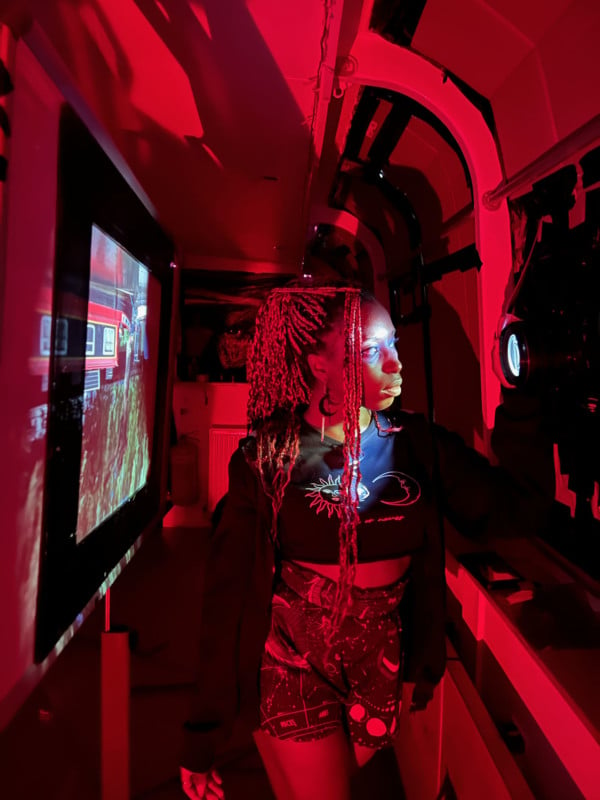 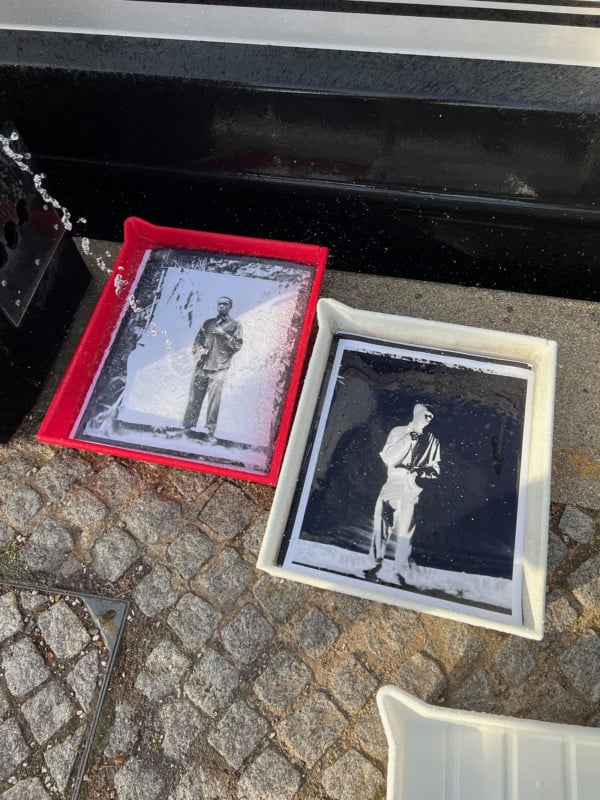 The project served to connect the students with the art of photography in a special and unique way, and Barry says it highlights how photography can empower young people and shift their focus and understanding about what a camera is and what it can do, in what he describes as a very rewarding process. 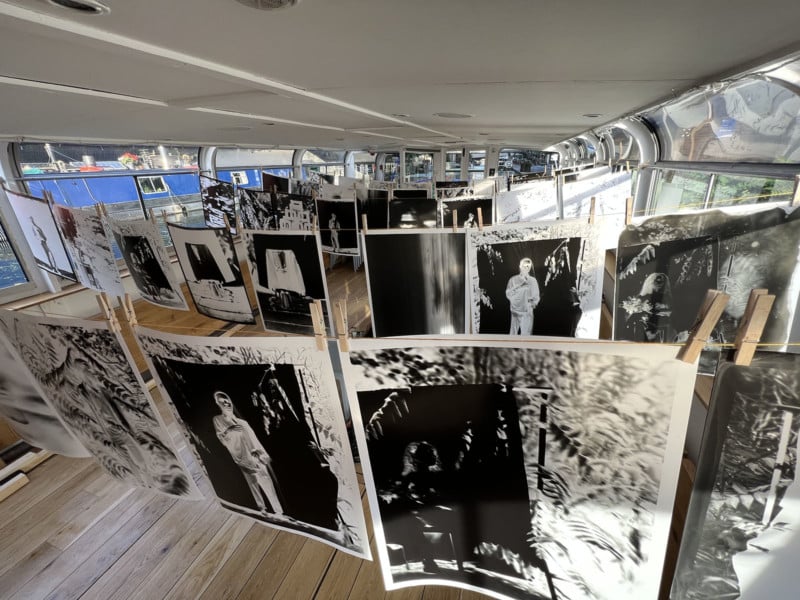 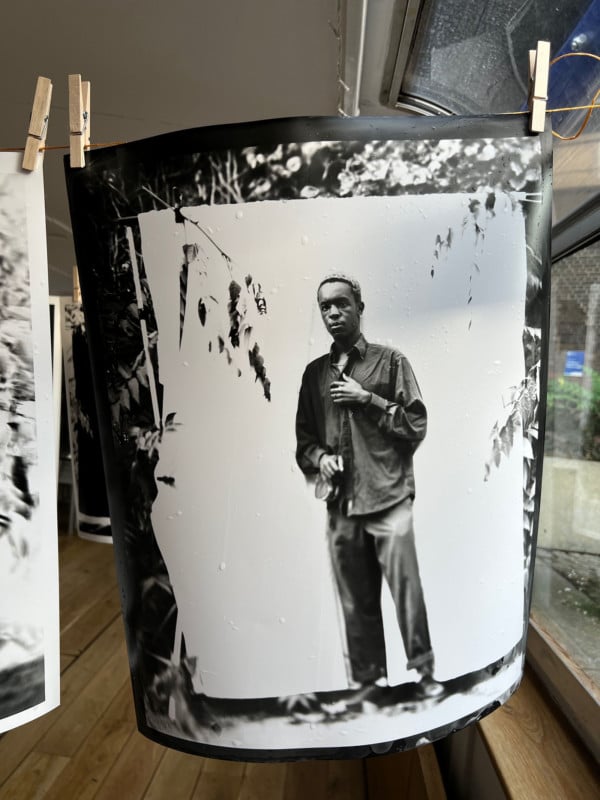 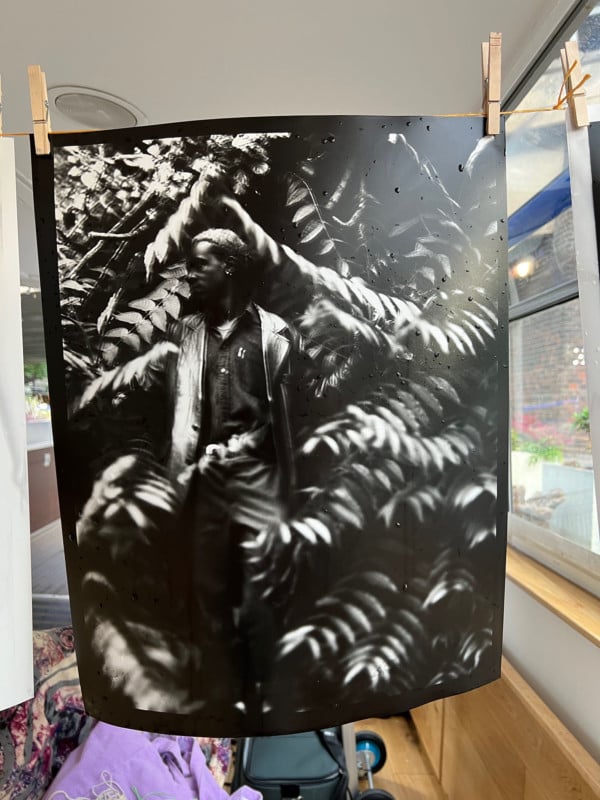