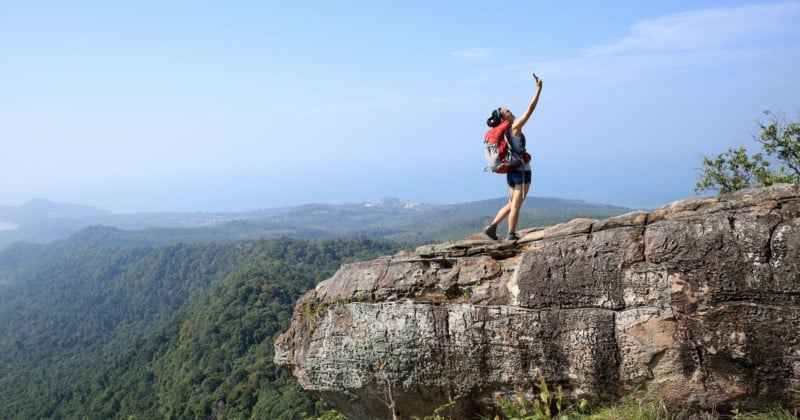 More people in Australia are dying after accidentally falling from cliffs and experts believe selfies are behind the growing trend.

Figures from the Australian Bureau of Statistics (ABS) showed the number of people who died from accidental falls over the past year. Some 3,747 people plunged to their deaths with 20 of them happening off cliffs.

The Herald Sun reports that this is the highest number of accidental falls from cliffs since the organization began tallying the data in 2012.

The data has raised fears that the rise of selfies is behind the trend in the country with more people risking their lives to take daredevil photographs for social media.

A study by the iO Foundation found 379 people were killed while taking selfies around the world between January 2008 and July 2021.

Australia ranked the fifth highest with 15 fatalities with India listed at the top with 100 deaths and the US second with 39 deaths.

The researchers of the iO report also compiled data on the 10 most dangerous places on earth to take a selfie. These spots include the Glen Canyon in the U.S., Niagara Falls in Canada, Charco del Burro in Colombia, as well as the Taj Mahal and Doodhpathri Valley in India.

Dr. Rachael Murrihy, director of the Kidman Centre at the University of Technology in Sydney, Australia, warned that social media was a driving force behind the country’s increase in deaths.

Murrihy tells The Herald Sun, “It is a normal part of adolescence to take risks and they take risks because that helps them to form their identity and figure out who they are.”

“Unfortunately, TikTok provides a forum for them to do this but it’s not the healthy risk-taking we would like to see in teenagers,” she adds.

In December 2020, Rosy Loomba fell to her death while she was taking a photo with her husband at a popular selfie spot in Grampian National Park in Victoria, Australia.

According to 7news, the couple had decided to climb the safety fence to take a selfie on the rock ledge. On their way back from the ledge, Loomba lost her balance and fell thirty meters.

At the time of Loomba’s death, 30 other people waiting to take their photos. A coroner said it was common for people to climb over the “easily scaled” wire fence to take photos on the rock ledge.

PetaPixel previously reported on a couple who tragically fell to their deaths after taking a selfie at a Yosemite cliff in California, days after an engagement photograph captured at the same spot went viral on social media.