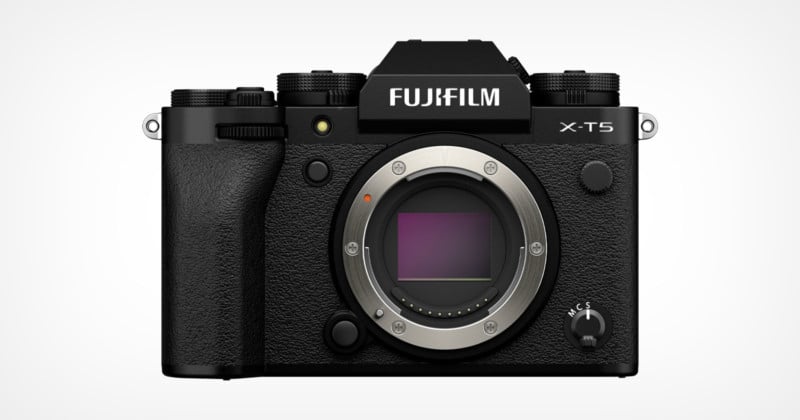 Fujifilm has announced the X-T5 camera which utilizes the company’s fifth-generation 40.2-megapixel X-Trans CMOS HR sensor in a body that the company says is smaller than each of the three previous X-T cameras.

The X-T5 can captures 15 frames per second (FPS) with the mechanical shutter and 20 FPS with the electronic shutter (which also introduces a crop). At 15 FPS, the camera can capture a burst of ​​119 JPEG, 39 frames of compressed RAW, or 19 frames of uncompressed RAW. The shutter captures at speeds up to 1/8000 second, and Fujifilm says it has a 500,000-cycle lifespan. The electronic shutter has a maximum speed of 1/180,000 seconds.

The X-T5 utilizes a five-axis IBIS system that the company says provides seven stops of compensation. When used in Pixel Shift mode, the X-T5 can combine 20 frames, generating a combined image of more than 160 megapixels. 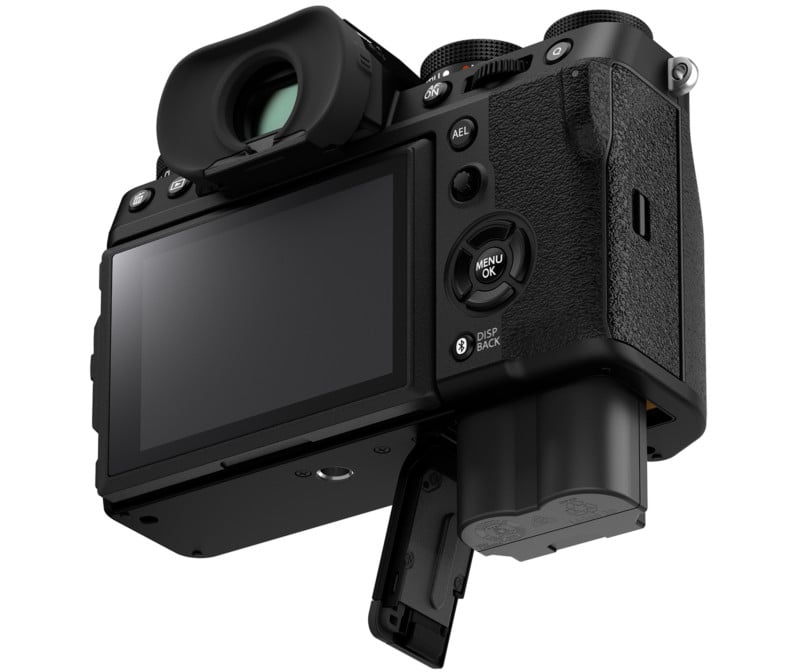 The X-T5 inherits an autofocus system developed in conjunction with that on the X-H2 and now utilizes “deep learning” technology to recognize animals, birds, vehicles, bikes, airplanes, and trains. The increase in Phase Detect pixels “has made it possible to focus on fine-textured subjects such as animal fur, grass, and trees.”

The X-T5 features the system’s dials for ISO, shutter speed, and exposure compensation. It includes a 3.69-million-dot EVF and a 1.84-million-dot, three-axis tiltable LCD. 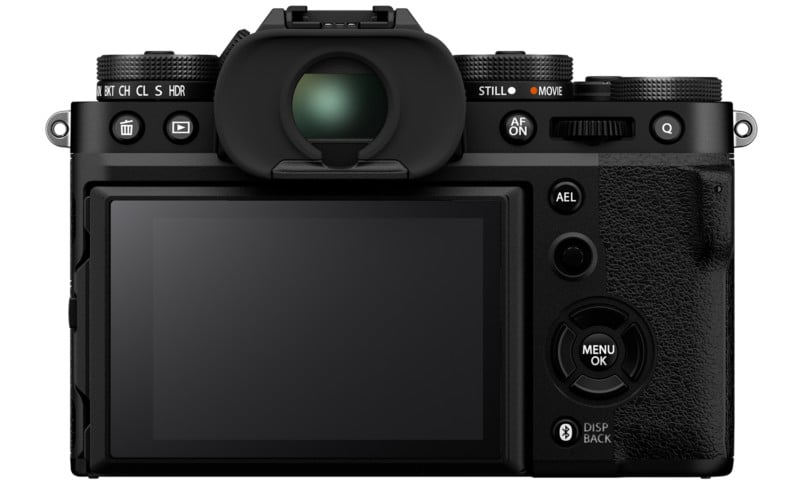 Fujifilm outfitted the X-T5 with a host of high-end video capabilities, including the ability to record 6.2K video at 30p in 4:2:2 10-bit color. The camera oversamples video in 4K HQ mode, providing what the company claims is 13-stops of dynamic range when captured to F-Log 2. 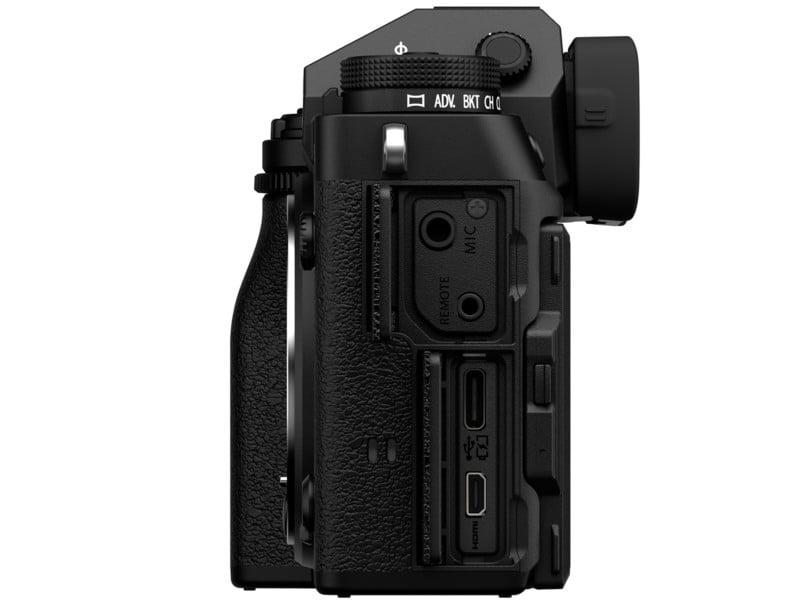 Paired with an ATOMOS recorder, The X-T5 can record RAW video footage as 12-bit Apple ProRes RAW at up to 6.2K resolution and at frame rates up to 29.97p.

The X-T5 can also record to the Blackmagic Video Assist 12G, which can record Blackmagic RAW at the same 6.2K and 29.97p.

Along with the camera, Fujifilm has also announced the MHG-XT5 grip, which it says “facilitates the user’s ability to hand-hold the camera when a large-aperture lens is mounted.”