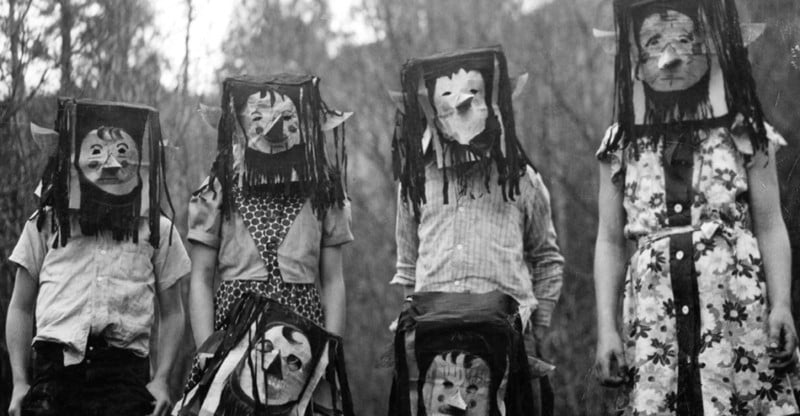 These terrifying vintage photos from the early 20th century of homemade Halloween costumes come from a remarkable collection.

English artist Ossian Brown collated the photos that were taken largely in the United States in the late 1800s and early 1900s.

The sepia and black-and-white photos appear to have been taken on early 35mm analog cameras by amateur photographers. They depict basic Halloween outfits that are somehow far scarier than modern-day ones.

“I like to experience each photograph as a magical event, frozen in front of me. I’m drawn to pictures with a mood that ‘oozes’ into the normality of the moment, and changes it,” says Brown in his book Haunted Air.

“It’s important to me that there’s nothing to disturb this, no detail in the composition or in the model’s posture that could interfere with that magic.” 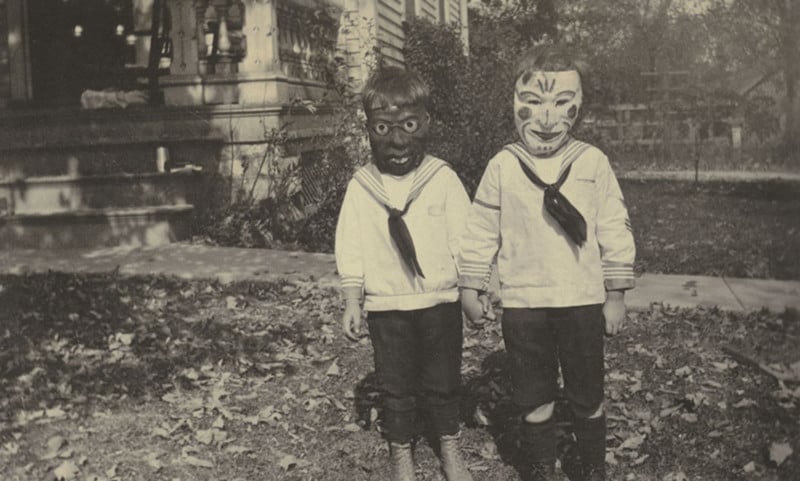 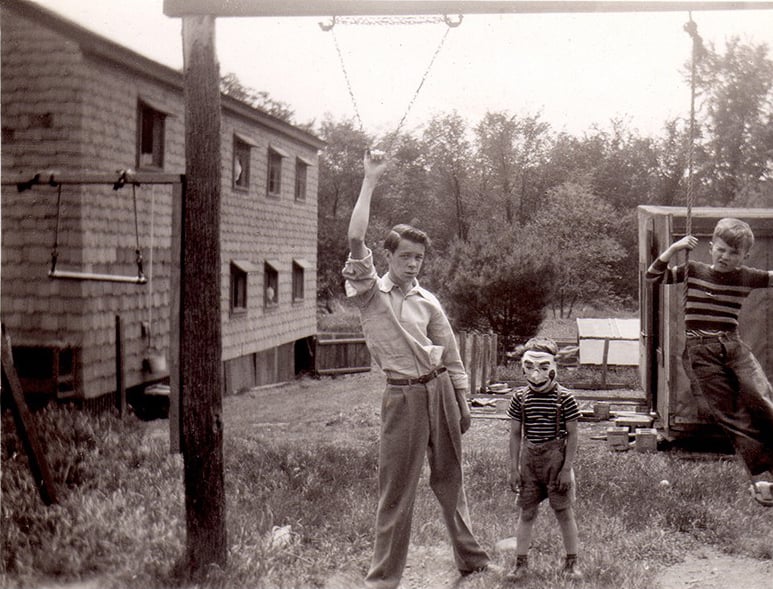 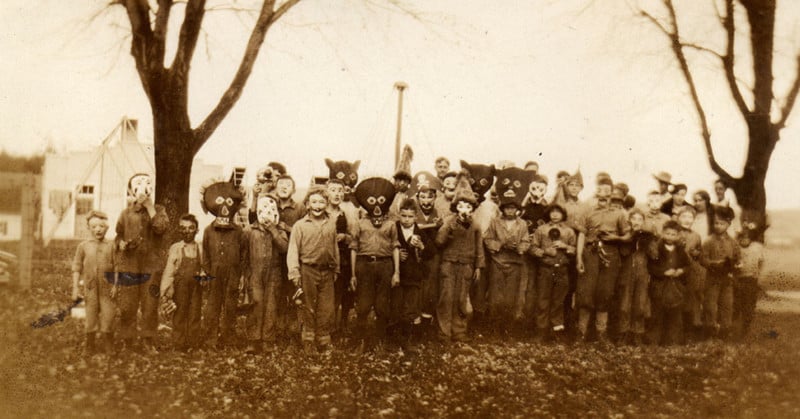 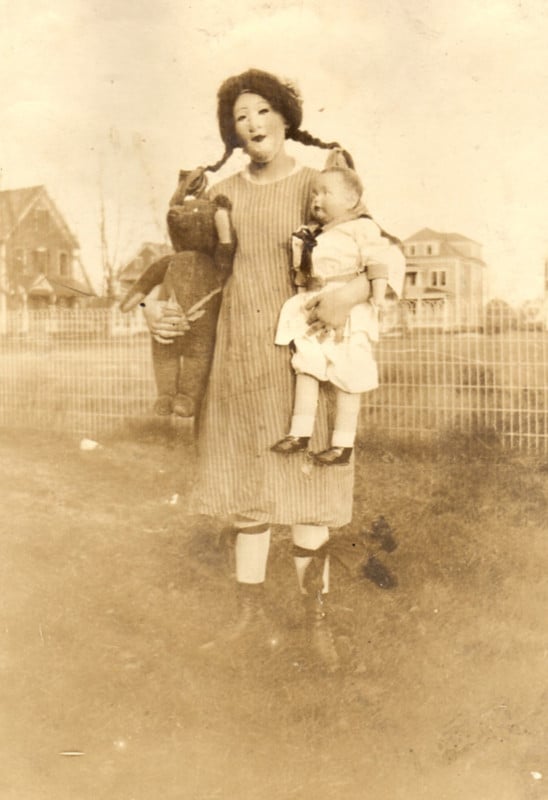 The photographs speak of Halloween’s roots, which lie in the ancient pre-Christian Celtic festival of Samhain, a feast to mark the death of the old year and the birth of the news.

It was believed that on this night the veil separating the worlds of the living and the dead grew thin and ruptured, allowing spirits to pass through and walk unseen but not unheard amongst men. 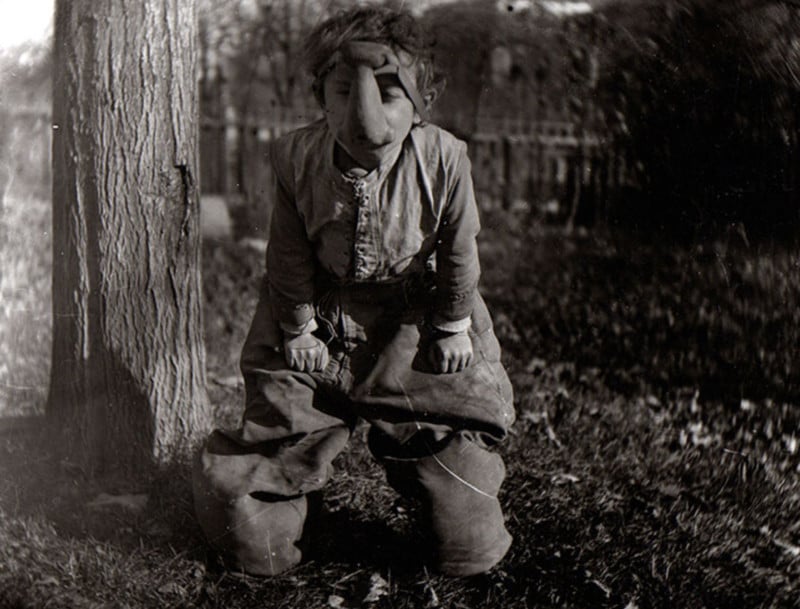 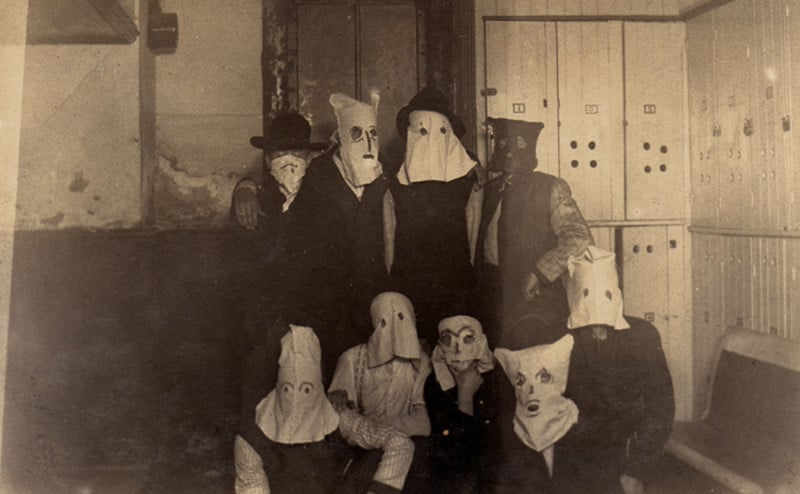 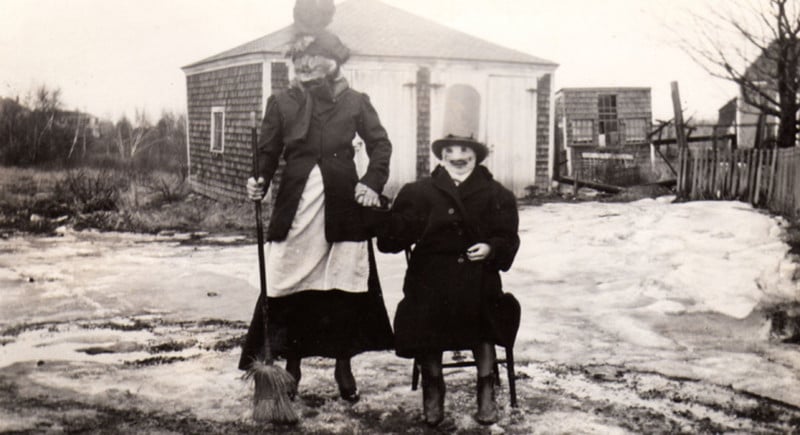 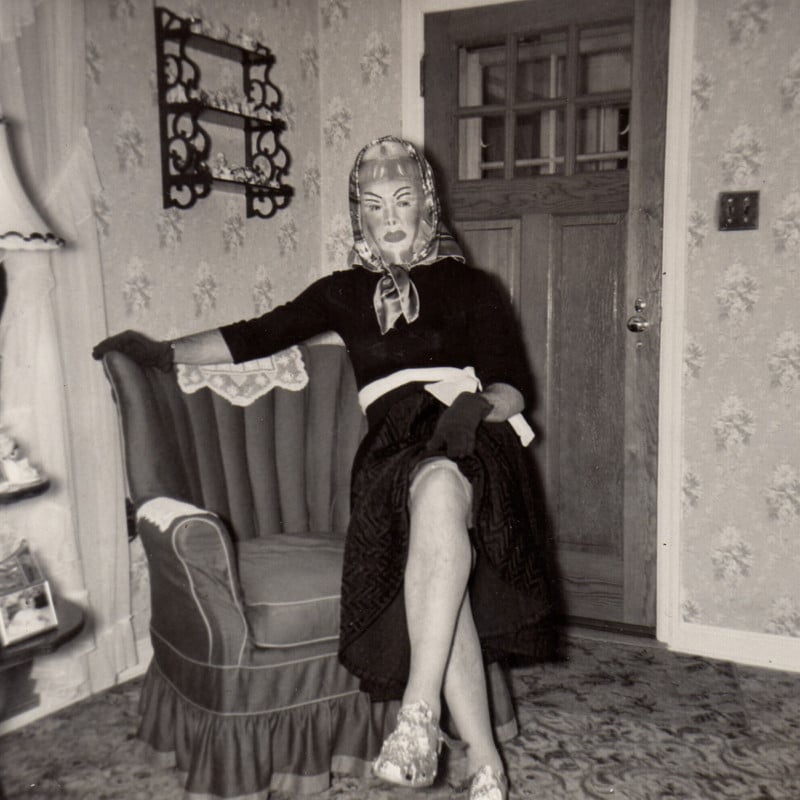 The advent of Christianity saw the pagan festival become All Souls’ Day when across Europe the dead were mourned and venerated.

Children and the poor often masked or in outlandish costumes, wandered the night begging for ‘soul cakes’ in exchange for prayers, and fires burned to keep malevolent phantoms at bay. 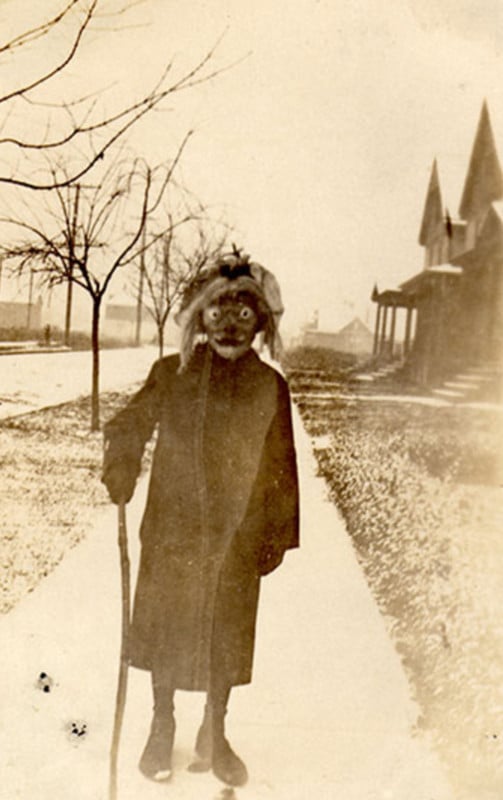 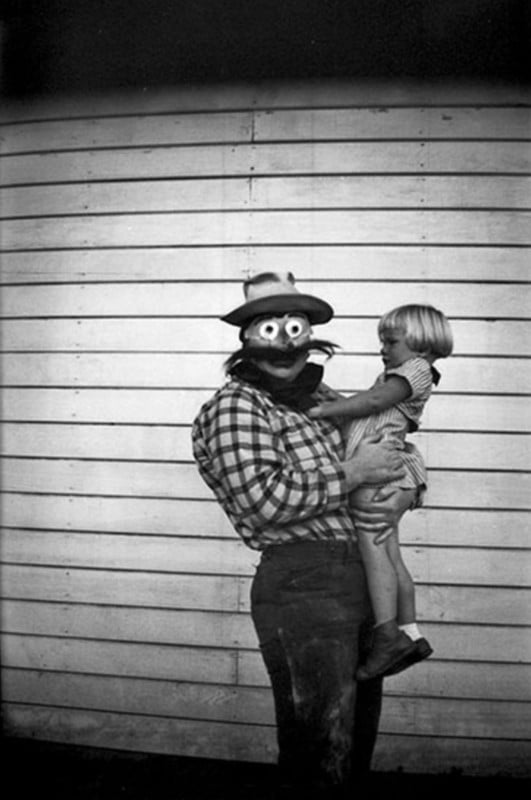 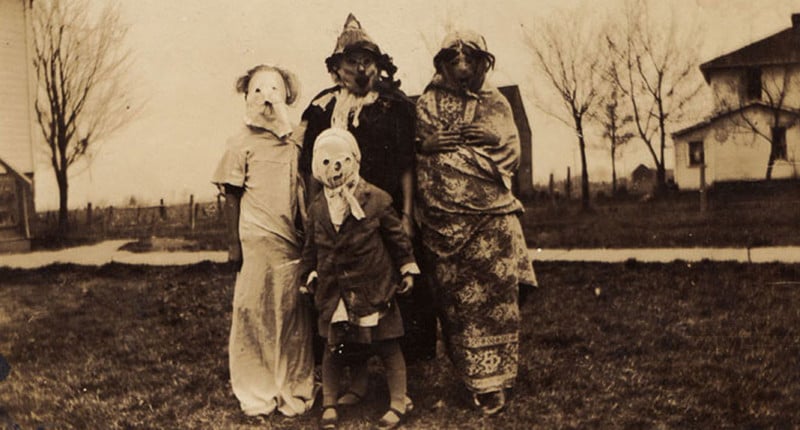 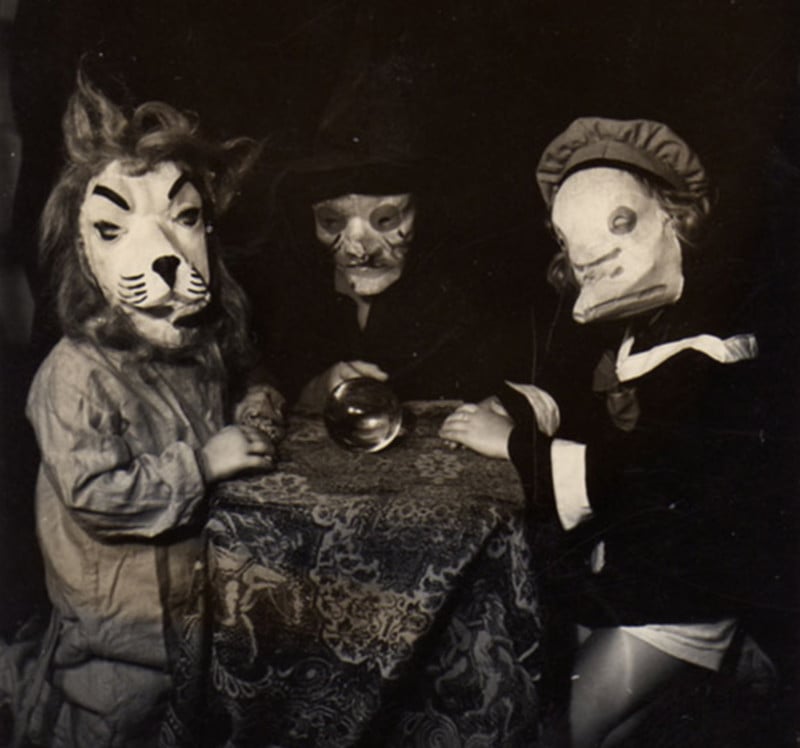 From Europe, the haunted tradition would quickly take root and flourish in the fertile soil of the New World where Hallowe’en was reborn in the U.S. The pumpkin supplanted the carved turnip; costumes grew ever stranger, and celebrants both rural and urban seized gleefully on the festival’s intoxicating, lawless spirit.

These photographs provide an extraordinary glimpse into the traditions of this macabre festival from ages past and form an important document of photographic history.