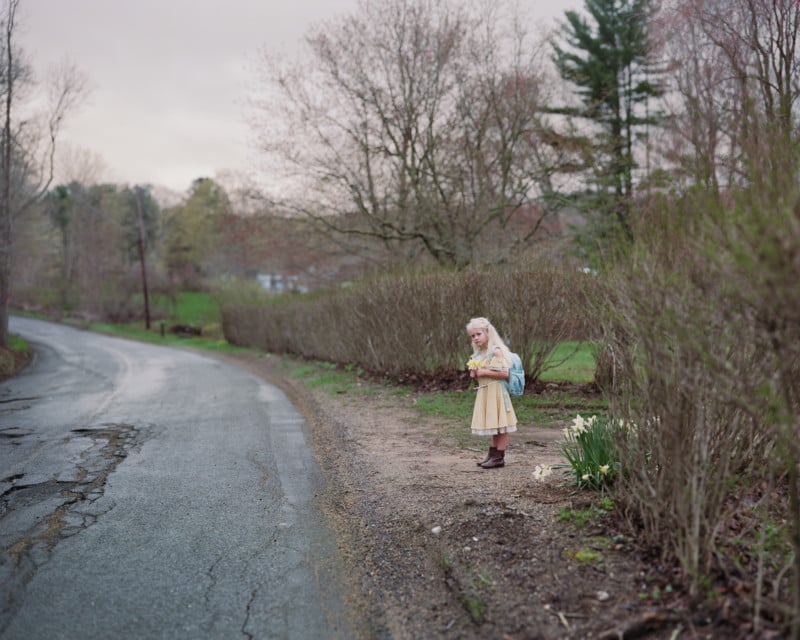 On December 14, 2012, photographer Greg Miller learned of the Sandy Hook shooting while his six-year-old daughter was in a separate Connecticut school.

The following Monday, still trying to process what had happened at Sandy Hook Elementary, Miller and his wife said goodbye to their daughter “like we were at the airport.”

“It was at this time that I began to notice all the other children waiting at the ends of their driveways,” Miller tells PetaPixel.

“I had the idea of photographing children waiting for the bus but how would I get permission?” 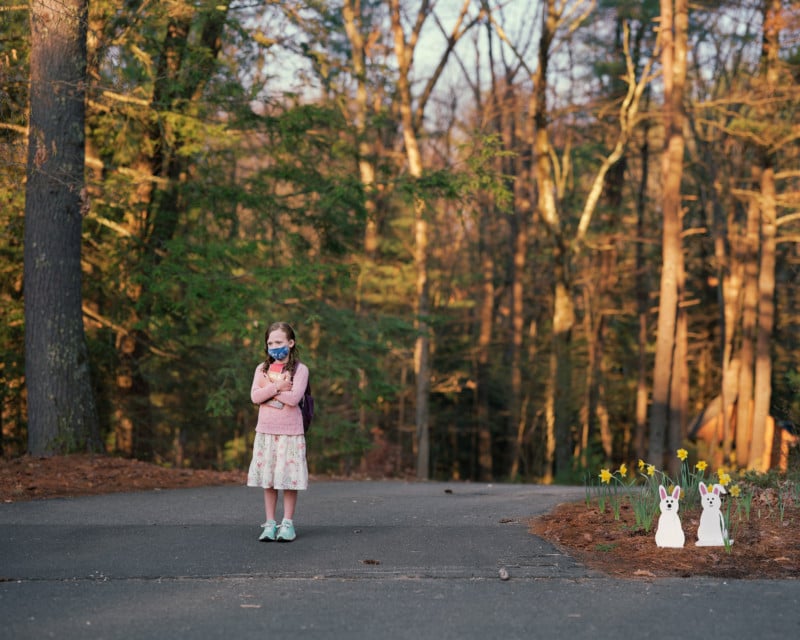 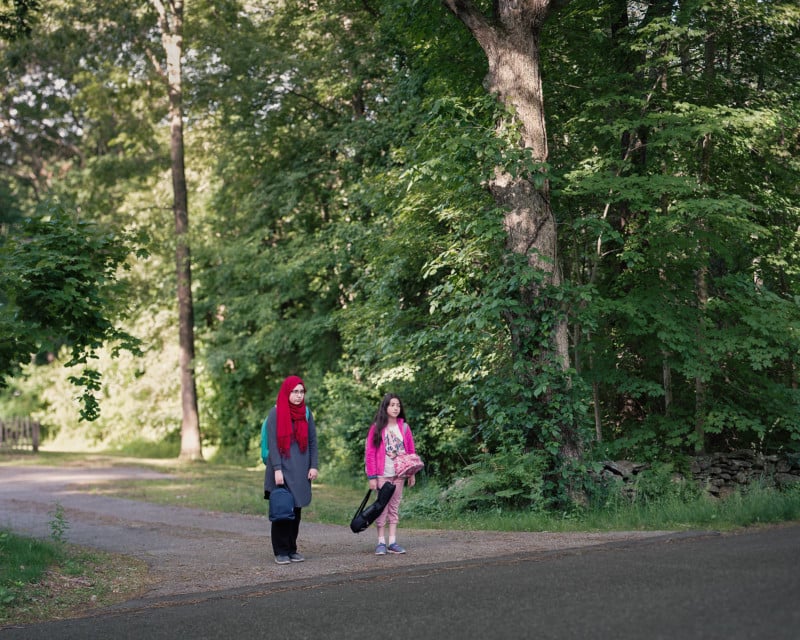 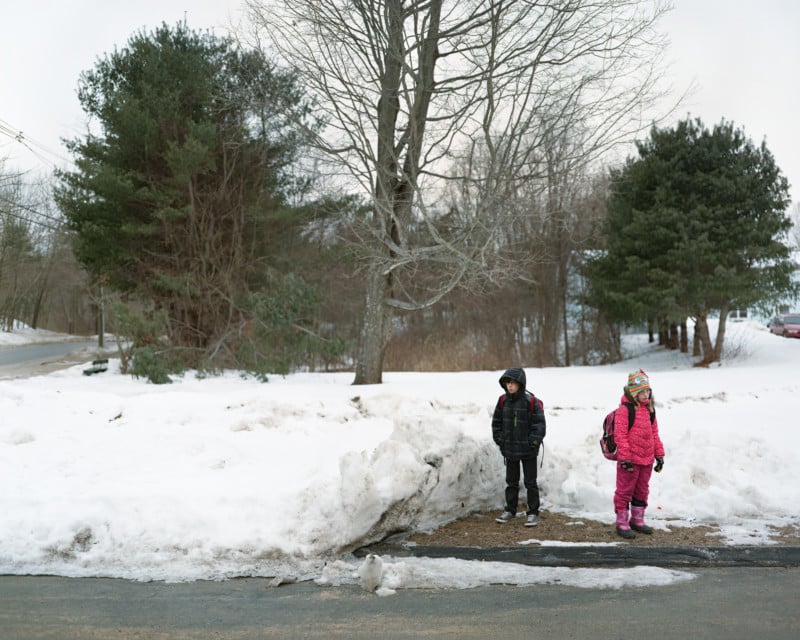 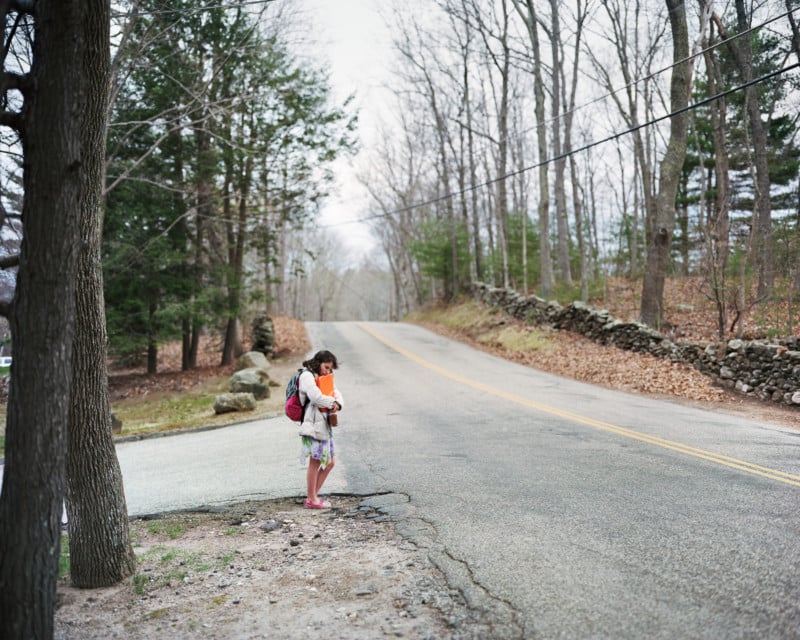 Miller had been searching for the right photo to convey school shootings since being commissioned by a magazine to visit Sandy Hook with his camera.

“There were more members of the media in Newtown than residents of Newtown. I had actually never seen anything like it. I thought it was kind of gross,” he says. “Driving back home I did wonder what is the picture that speaks to our uniquely American relationship to mass shootings?”

The next day, the faces of the victims were splashed across local and national newspapers.

“I remember thinking how unsatisfactory it was seeing these snapshots now that the people were gone,” Miller says.

The Morning Bus Project is Born

Around the time Miller had been understandably anxious about sending his daughter back to school, he noticed other children waiting at the ends of their driveways. 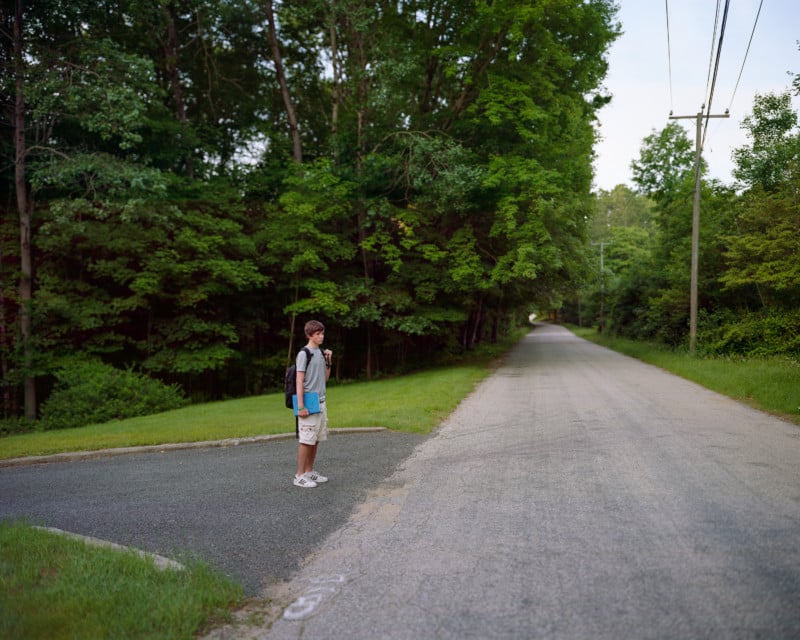 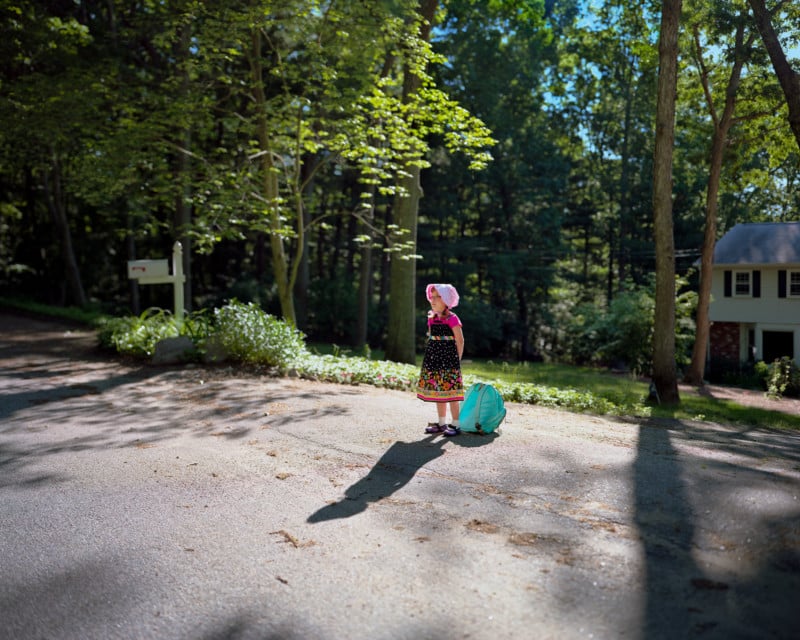 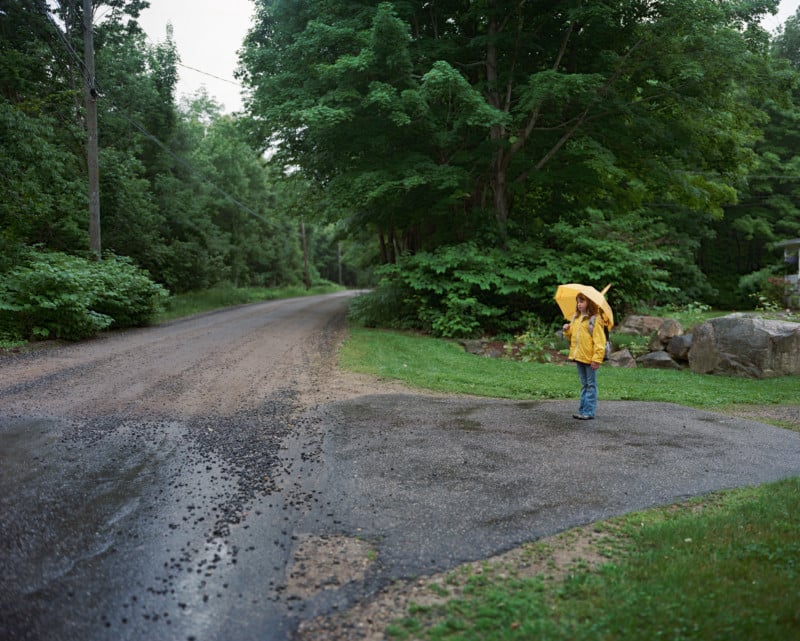 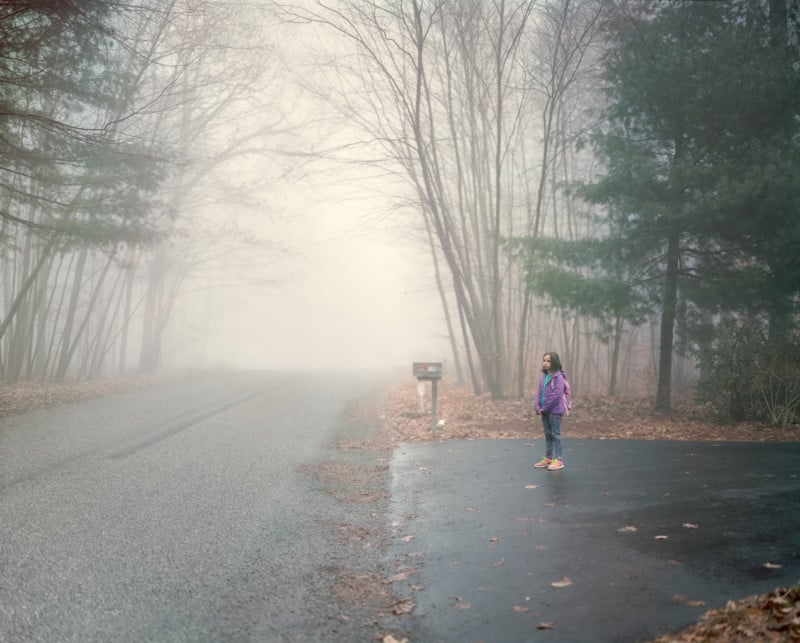 He began the Morning Bus project by taking a photo of his own daughter and then his friend’s son. Then he started asking other friends.

“It’s been 10 years since the Sandy Hook shooting and I have photographed about 50 children and teenagers,” he says.

“The result, I believe, is a meditation on the vulnerability of childhood. It’s a very quiet series of pictures but my hope is that there is a lot of power there.” 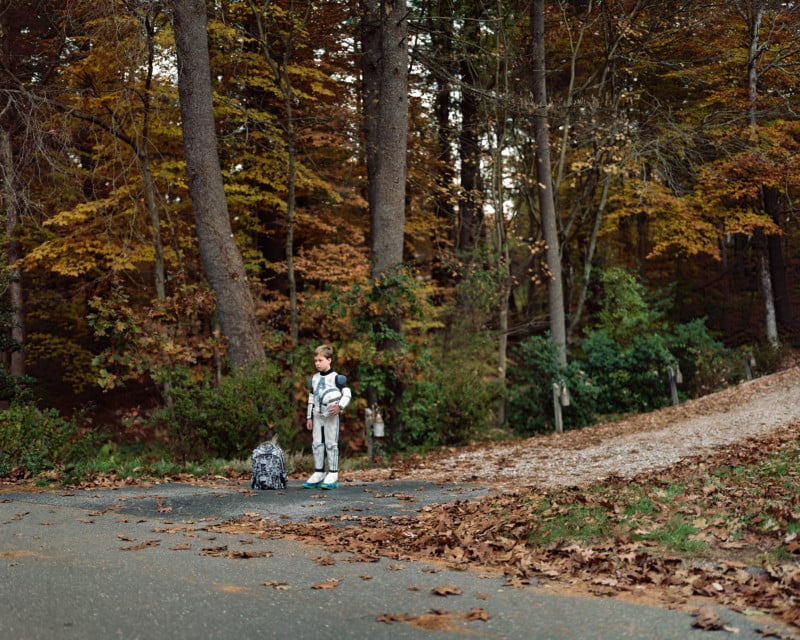 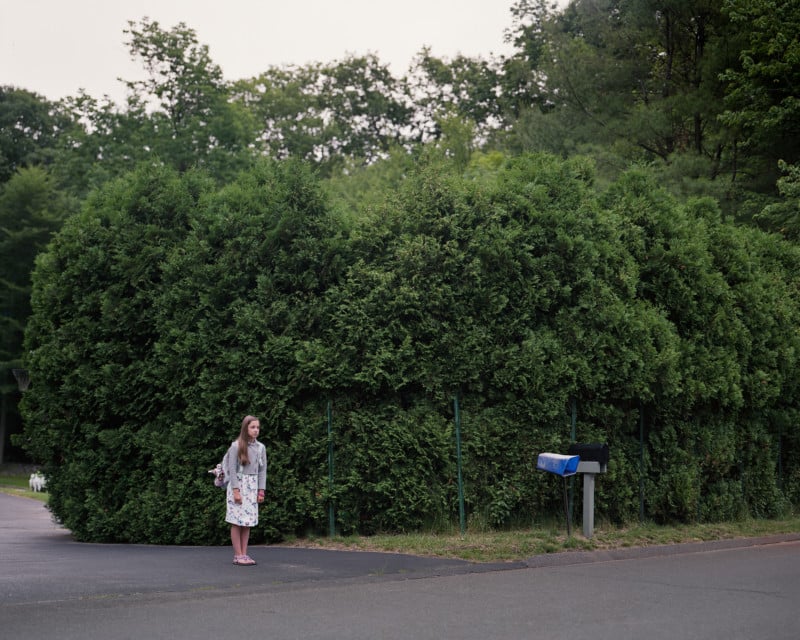 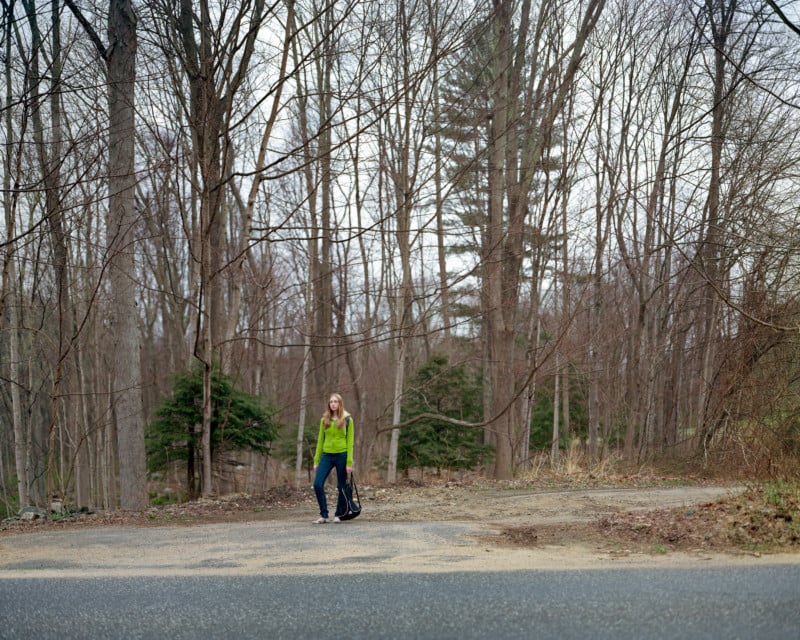 The decade-long project was propelled further after The New Yorker contacted Miller in May to travel to Uvalde, Texas, where 18-year-old Salvador Ramos had fatally shot nineteen students and two teachers.

“We were very sensitive about going into Uvalde with this project of photographing children waiting for the bus,” he explains.

“We would first have to find parents who were open to the idea and then simply get permission one parent at a time, just as I had done in Connecticut. There are no shortcuts.”

Miller’s preferred camera is an 8×10 large format camera. All of the pictures taken in Connecticut were made by the bellows camera.

“I love it for its presence, the way people react to it but also obviously, the optics, the way it just looks. It’s beautiful. Film is expensive but I can’t quit using the camera.”

Tonight on the #NightBeat we are featuring a photography project happening in Uvalde. It’s called the “Morning Bus” project. Greg Miller started it a decade ago in the wake of the Sandy Hook shooting and was inspired to bring his work here following the Robb Elementary tragedy pic.twitter.com/TDOMGp0gO6 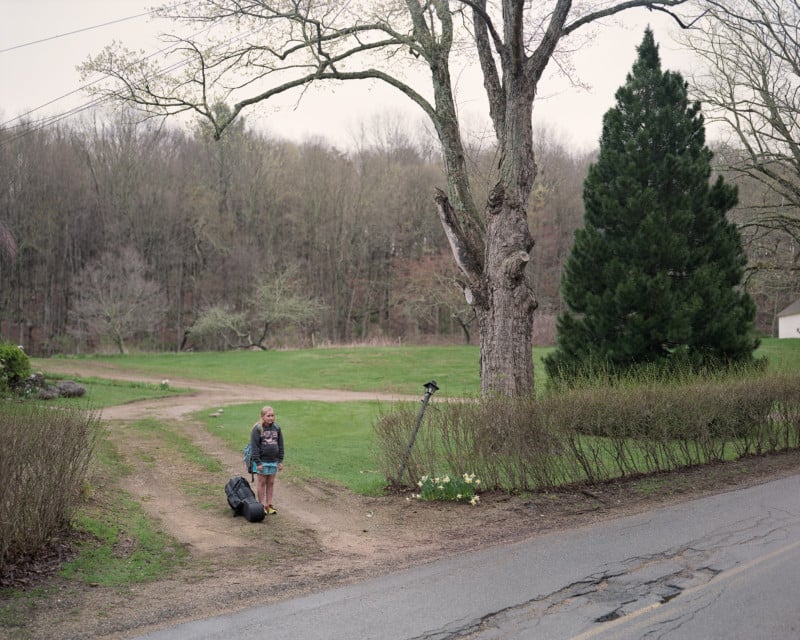 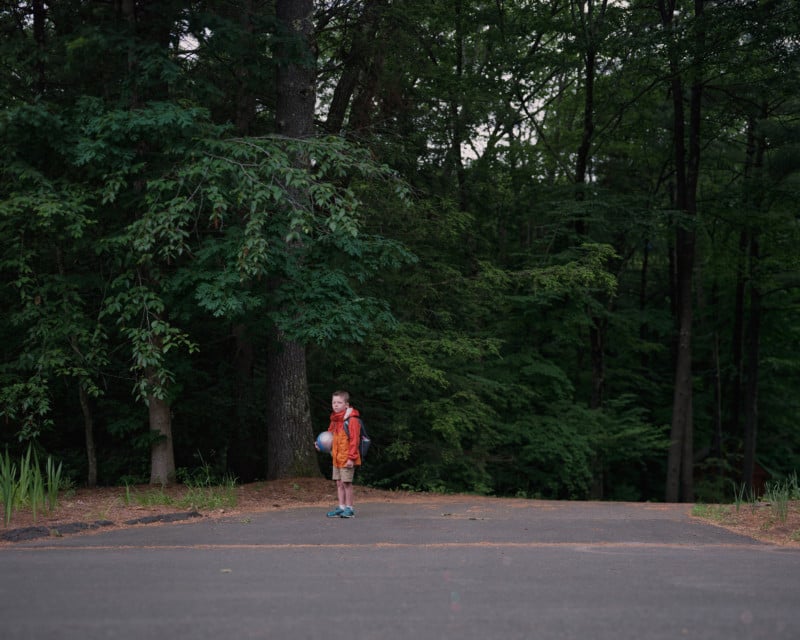 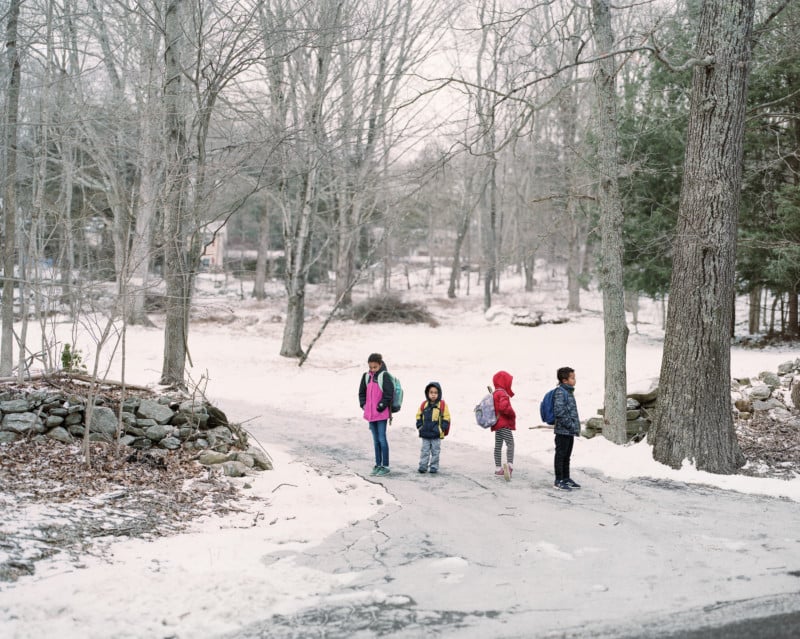 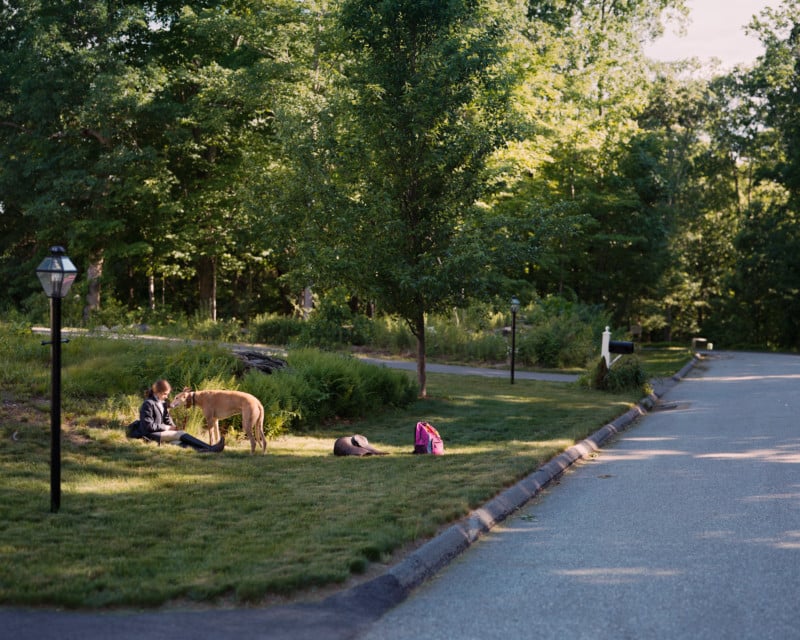 However, in Uvalde, the large format camera was suffering motion blur owing to the lack of ambient light.

“I had brought my digital DSLR with me and we began photographing both 8×10 as well as digital. In the end, five of the six pictures that were published in The New Yorker were digital and one was 8×10,” Miller explains.

“While I love 8×10, this development didn’t disappoint me as my pictures are about communication. I would rather have a sharp picture that communicates what I want it to communicate than have 8×10 pictures that are not saying what I want them to say.”

Miller hopes that his Morning Bus project gives a sense of children’s humanity and preciousness.

“This idea seems obvious to me, like, do we really need a photography project to tell us that childhood is precious? But, here we are,” he says. 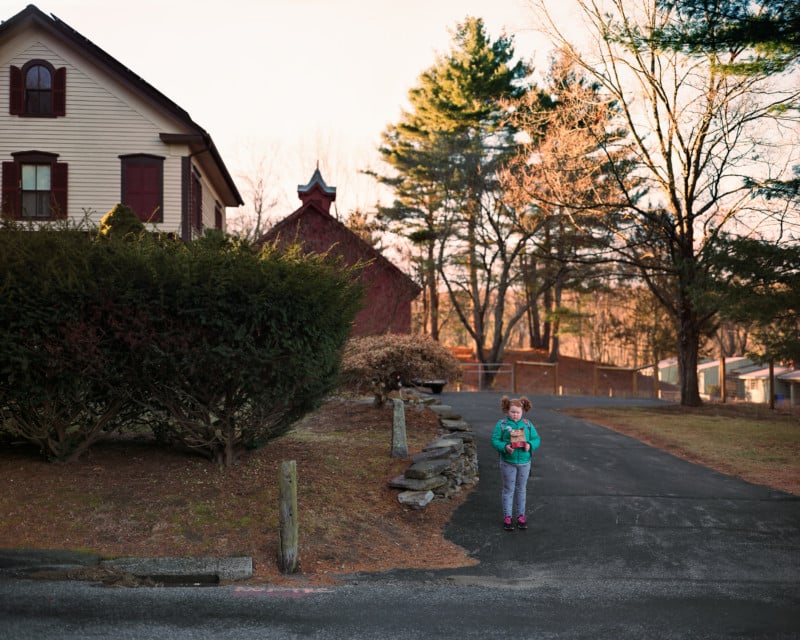 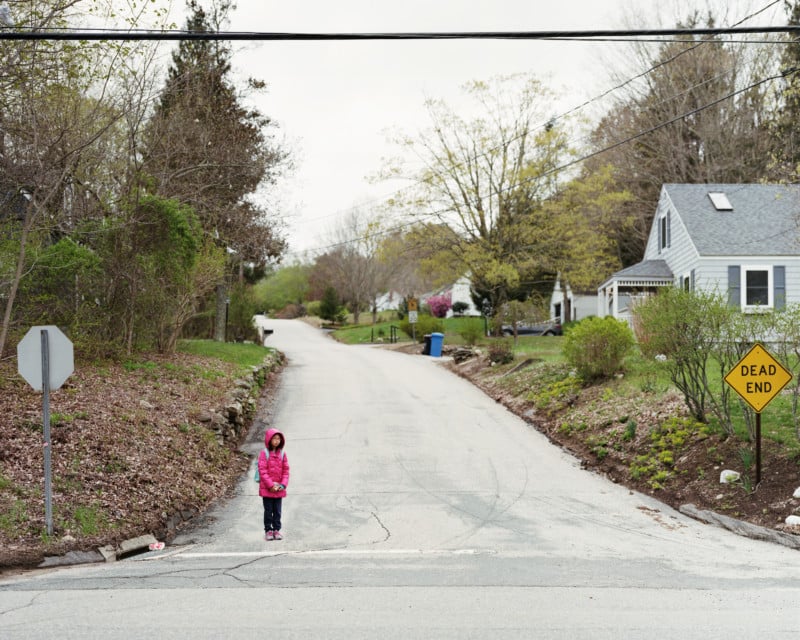 “Our children deserve to have a safe world, if not at home, at the very least at school. We are now the adults in the room who have inherited the responsibility to create that safe world. I know we can do a better job at making a safer world, but it starts by seeing the children in the first place. I think that is what this project is about.”