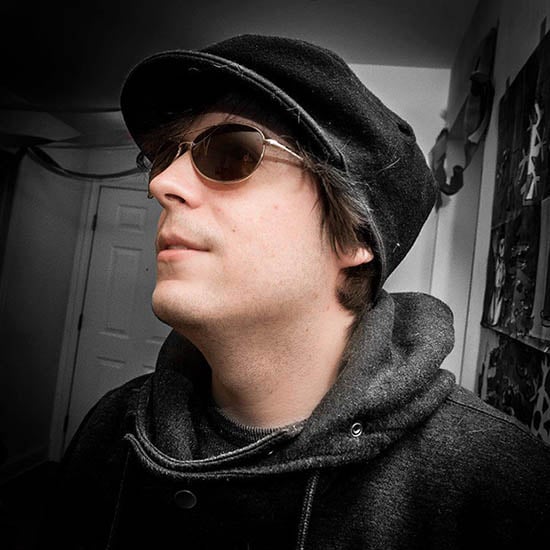 Earlier today, unimaginable tragedy struck the town of Newtown, Connecticut as 20 children and 6 adults at Sandy Hook Elementary School were gunned down by a man we now know to be 20-year-old Adam Lanza.

As details poured in over the course of the day, Lanza — who took his own life at the scene — was mistakenly identified by police as Ryan, his older brother. Because of this mistake, news organizations nationwide began searching for pictures of a Ryan Lanza matching the description of the gunman, subsequently stumbling upon and disseminating the wrong picture for several hours. 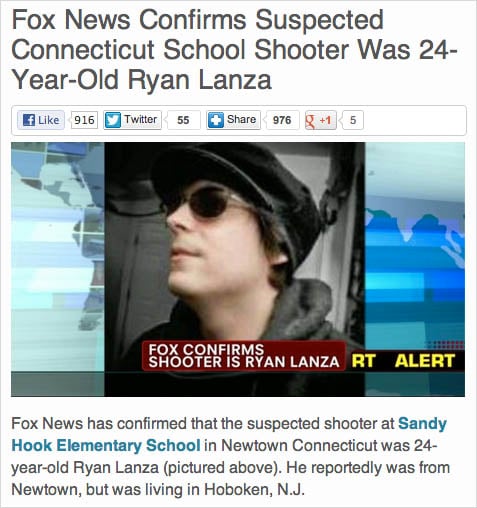 Ryan and his friends immediately began taking to online social networks to explain the mixup and defend Ryan from the accusations: 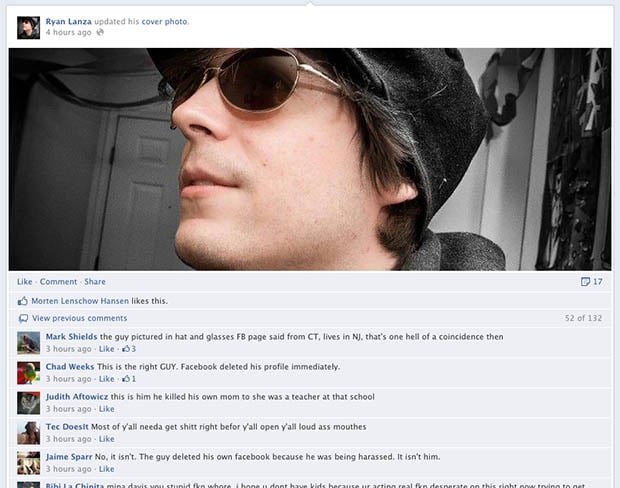 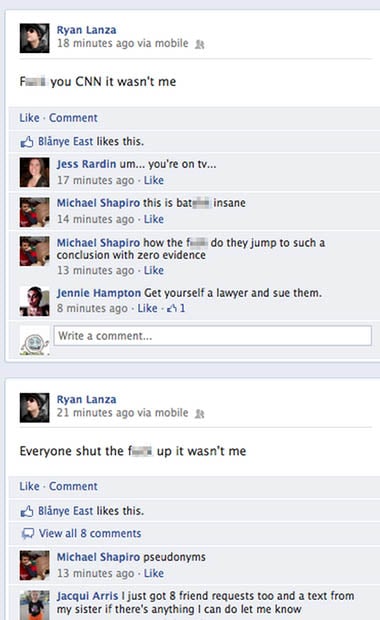 Many of the initial reports had published the photograph with a question to the effect of, “Is this a photograph of the shooter?” When it turned out not to be, they simply published updates correcting their mistake, but by then millions of people had seen the face of the wrong Lanza and were associating him with the heinous crime.

Earlier today we shared how fake or incorrect photos can affect our perception of reality. Ryan — who has been taken into custody for questioning — may or may not be connected with the tragedy, but for the thousands who saw and shared the photo, their minds may leave them no choice but to remember his face in a negative light from here on out.

P.S. The mistake is reminiscent of the Iranian protestor mixup last month.