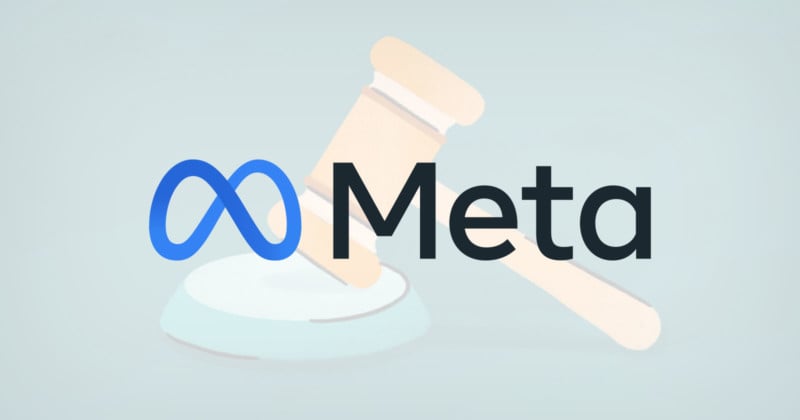 Meta has defeated a photographer in a lawsuit that claims Facebook contributes to copyright infringement by letting outside websites embed images shared on the social media platform. However, a San Francisco federal judge has given the photographer permission to file a new complaint.

On Tuesday, U.S. District Judge Charles Breyer ruled that Meta’s feature which allows users to embed Facebook images on other websites does not violate photographers’ copyrights.

According to Reuters, Breyer said that photographer Don Logan’s proposed class action lawsuit failed because he did not allege that any websites saved his photos onto their servers without permission.

However, Breyer gave Logan permission to amend his complaint. In an email seen by Reuters, the photographer’s attorney Lee Squitieri says that Brogan plans to refile the lawsuit and believes he can “cure all of the flaws noted by the court.”

Logan filed the lawsuit in February on behalf of a group of photographers whose pictures were allegedly embedded from Facebook onto third-party websites, or from other websites onto Facebook, without their permission.

But Breyer said that Logan did not allege that the websites stored copies of the pictures, and therefore failed to argue the copies were fixed in a “tangible medium of expression” as required by copyright law.

Breyer also rejected Logan’s claims that Facebook misused pictures from other websites because he had not shown that those pictures were registered with the U.S. Copyright Office. However, the judge also said that Logan may be able to show that Meta saved some of the photos to its servers.

He also dismissed Logan’s related false advertising allegations that Meta misrepresented the “creation and ownership” of his photos.

In June, the pair of photographers tried to overturn Breyer’s dismissal of their lawsuit.

After a concerted effort by the American Society of Media Photographers (ASMP) and the National Press Photographer’s Association (NPPA), Instagram added a new option that enables users to prevent others from embedding content they post to Instagram last year.