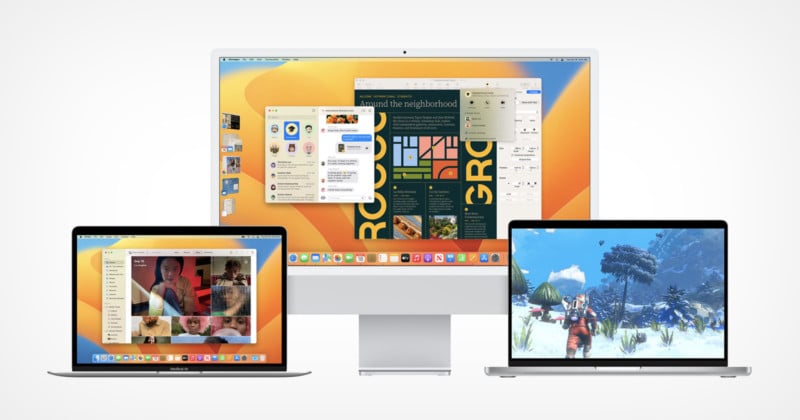 MacOS Ventura and iPadOS 16.1 updates are finally here, and both are focused on multitasking and productivity.

Stage Manager, the big multitasking update that actually set back iPadOS’s release, is available on both software updates. It moves windows not being worked on to the side while keeping the active window open in the center. For the iPad, this is the first time it’s possible to have multiple overlapping windows open at the same time at all. But, the feature reportedly needed more time in the oven before moving iPadOS 16 from beta to full release, according to Engadget. In fact, the update isn’t technically iPadOS 16. It’s 16.1, a minor distinction but one that further illustrates the need for extra care before a public rollout.

Though Stage Manager, and the general direction iPadOS has progressively taken, inch the tablet closer and closer to the “laptop replacement” that always seems to be just around the corner, other updates give it more of a supplementary device feel. The biggest case in point being Freeform (no, not the channel that used to be ABC Family). It’s like a digital whiteboard, which might evoke thoughts like, “Isn’t that basically what the Notes app does on iPad?” Which, is not entirely incorrect. But Freeform seems to be taking on a different kind of notes app, think GoodNotes 5, Notability, and Evernote. Freeform is meant to allow for images, video, audio, PDFs, documents, and web links to be added. It also allows multiple users to collaborate on the same board (Sheet? Page?).

It’s, of course, worth noting that Apple just launched its new iPad Pro and base iPad lines. Don’t feel confused if you missed it. Apple quietly dropped the new products last week without any announcement or lead up, like a pop star gracing her fans with a surprise album.

Handoff, which allows users to move AirPod use from one device to another, is also being expanded to FaceTime. Considering that Handoff can already create headaches just for headphone, it’ll be interesting to see how this feature works in practice.

In a more grounded change, the proprietary Mail app finally gets the ability to schedule messages, gains missing attachments and CC recipient detection, as well as reminders and follow-up suggestions. The Search function is also meant to work better. All of this likely seems very blasé to Gmail users, but it’s here now.

For Messages, the highly-anticipated ability to unsend a message arrives. It’s also possible to mark a message as “unread,” if you’ve already looked at it and for some reason have read receipts on.

Spotlight, Mac’s powerhouse search system, is getting an upgrade of its own. Now, it’ll work similarly to its counterpart on iOS and give information found online and can crawl through messages, emails, and photos.

Another small but powerful quality-of-life update comes to the iPad, which is finally blessed with a Weather and Clock app. Finally.

These changes and others are available to download on Mac and iPad now.