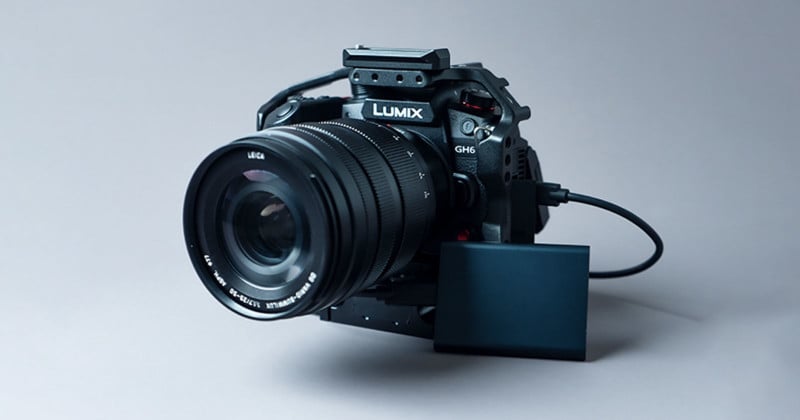 Panasonic is set to release a firmware update for the GH6 camera that will allow it to directly record and play back photos and videos using an external SSD connected via USB.

The Panasonic GH6 was first announced in February. The 25.2-megapixel Micro Four Thirds camera is capable of recording up to 5.7K 10-bit video and contains active cooling to allow it to record for long periods of time without risking overheating. At the time, the company said the new higher-resoltuion sensor was primarily for photography but also brought a slough of new video features to the table. The camera originally retailed for $2,200 but has since fallen to just under $2,000.

Panasonic says that a firmware update for the Lumix GH6, version 2.2, will enhance performance and usability, namely by adding the ability to record to an SSD directly.

Firmware version 2.2 will enable recording directly on an up to 2TB capacity USB solid state drive (SSD) in high-quality, low-compression Apple ProRes 422 HQ at a maximum of 1.9 Gbps or high-bitrate, large volume 4:2:2 10-bit All-Intra. The company only notes these two formats are supported and does not mention if any other formats will be added in future firmware updates.

Panasonic says that the data files that are recorded on the SSD can be “easily” transferred to a computer via USB, which it argues makes the post-production process more efficient by minimizing backup work. Also of note is that the large recording capacity is significantly more than is avaialble on single SD or CFexpress cards and many can be purchased for a lot less than the latter format as well for significantly more capacity — CFexpress cards are quite expensive.

Of note, high frame rate video that exceeds 60 frames per second cannot be recorded to an SSD with this update, and it is also not possible to record photos and videos to an SD card or CFexpress card at the same time as recording to an attached SSD. Panasonic also notes that SSDs that have a capacity greater than 2TB are not supported and that the company says not all external drives will work. It will provide a list of SSDs that it has confirmed to be compatible on its website once the firmware becomes available.

Panasonic says the update will be available on September 27 at 9 PM EDT.