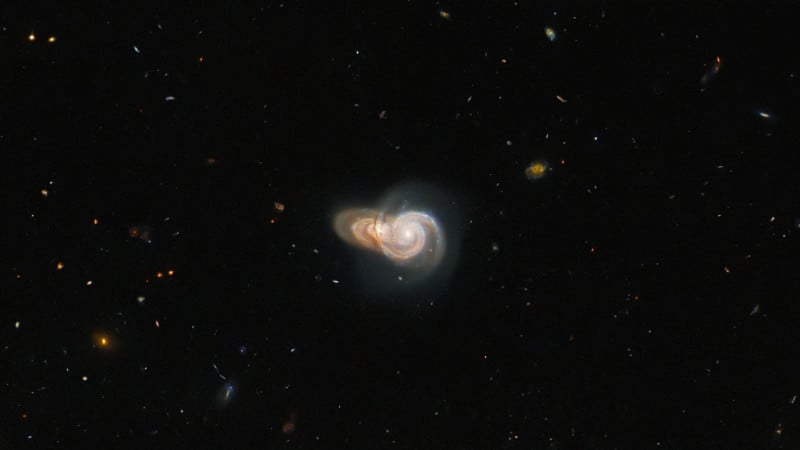 Two spiral galaxies were photographed “colliding” into one another by the Hubble Space Telescope but the image is actually a celestial optical illusion.

The stunning image shows the galaxies, SDSS J115331 and LEDA 2073461, appearing as if they are entangled with one another but the European Space Agency (ESA) says the two are not actually interacting.

The chance alignment, located more than a billion light-years from Earth, still offers a beautiful insight into what colliding galaxies look like with the nearer galaxy, which has spiral arms, enveloping the circular galaxy behind it. 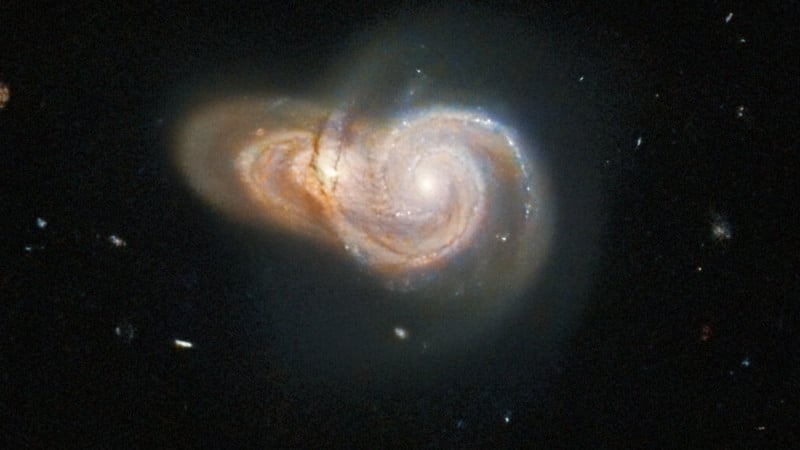 The ESA describes them as “two ships passing in the night” and that Hubble has captured a dazzling array of interacting galaxies in the past.

The image was taken as part of the Galaxy Zoo project which crowdsources galaxy classification from a pool of hundreds of thousands of citizen scientists. Volunteers classify galaxies imaged by telescopes such as Hubble and the lucky astronomers are often the first to ever look upon a particular celestial object.

Volunteers of the Galaxy Zoo project have helped discover an array of fascinating cosmic objects, ranging from three-armed spiral galaxies to colliding ring galaxies. The targets chosen for further study by Hubble are selected by a public vote.

The Hubble Space Telescope takes advantage of its Advanced Camera for Surveys (ACS) system which replaced Hubble’s Faint Object Camera in 2002. The ACS upgraded Hubble’s capabilities tremendously with a wavelength range that reaches from the ultraviolet, through the visible and beyond to the near-infrared.

The ACS name derives from its extraordinary ability to map vast areas of the universe in high detail and consists of three sub-instruments. The Wide Field Channel offers a highly efficient, wide-field camera with optical and near-infrared functions. It serves as space binoculars in the hunt for individual and clustered galaxies located in the distant and ancient Universe.

A second sub-instrument, the High-Resolution Channel, can take super high-resolution photos of light emanating from galaxies, black holes, gaseous nebulae, and star clusters, in the search for extraterrestrial planetary systems.

The third sub-instrument, the Solar Blind Channel, works like the darkest sunglasses. By blocking visible light, it permits viewing of faint ultraviolet radiation. This, for example, lets scientists study the weather on other planets and inspect Jupiter’s aurorae.