Photographer Pete Mauney’s mesmeric long exposures of fireflies are not only works-of-art but shed light on the insects’ behavior.

Mauney’s enchanting photographs consist of anything from 100 to 1500 30-megapixel RAW files and the large data require custom computers to handle the processing.

“If I process them in 16bit the files, they will often be in the 150GB range, or bigger,” he tells PetaPixel. 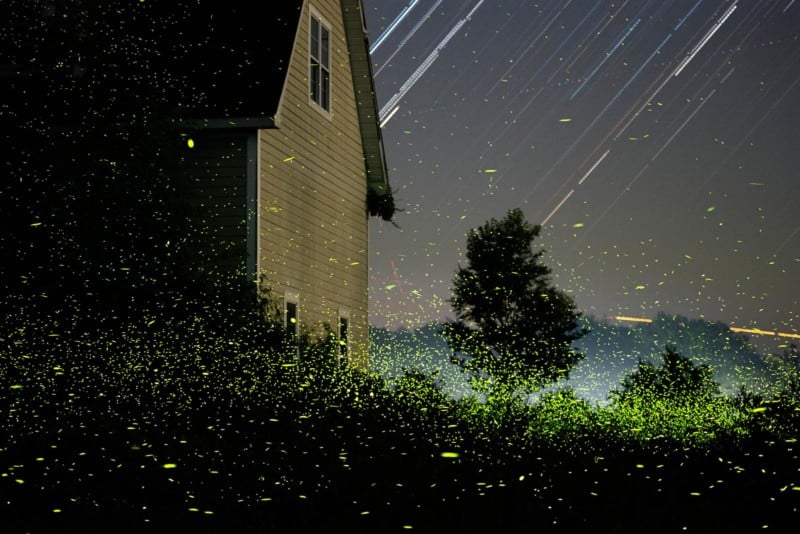 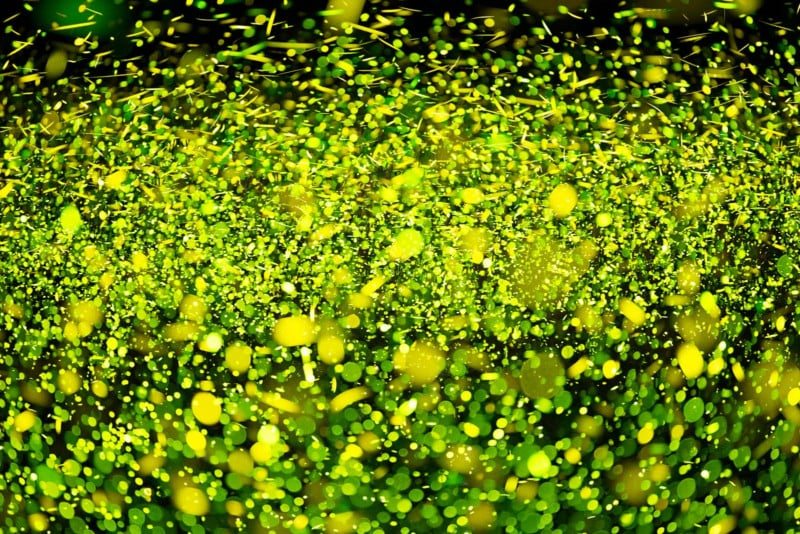 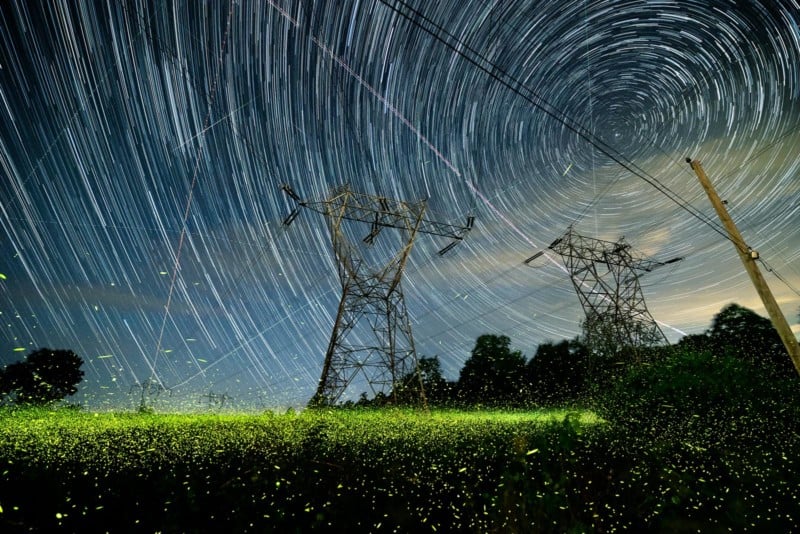 Mauney heads out each night dressed in a high-viz vest and a flashlight in search of the luminescent bugs.

“I always pay special attention to dead ends as they are often alive,” he says.

Armed with four Canon 5D mark IIIIs (he plans to move to mirrorless) he typically has all four rigs going at the same time.

“Frequently, I will leave them on the side of the road under camouflage netting for up to five hours while I am elsewhere, either scouting or photographing a super busy spot,” he explains. 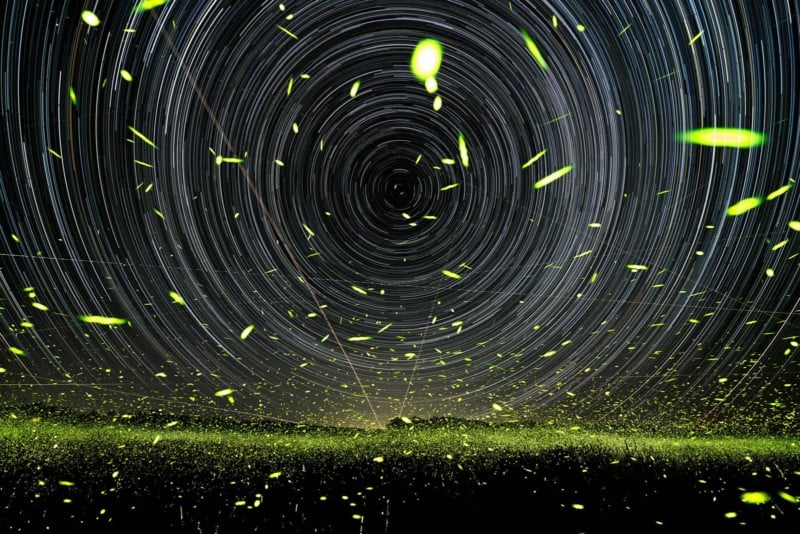 Once he has his huge files, Mauney will retouch “frame by frame,” to fix cars that have driven through his shot and “messed things up.”

“Editing, assembling, and basic color correction can take an hour. Or much, much more. When I am proofing after a night of shooting I try to knock them out,” he says.

“I have absolutely no real clue what they are going to look like when I click the button at the end of everything and the picture magically appears.” 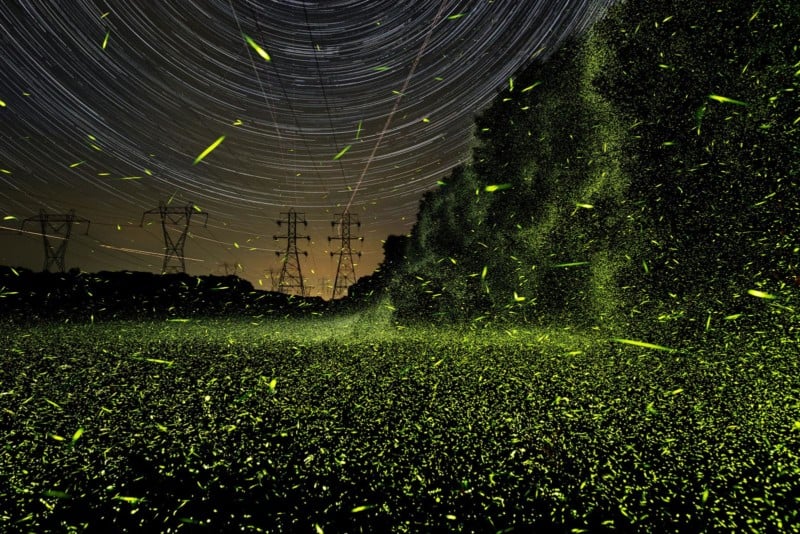 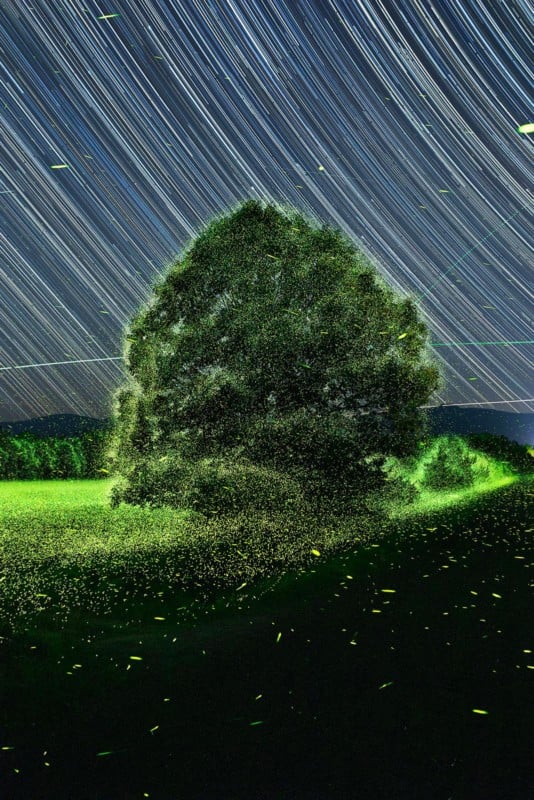 If Mauney doesn’t process the photo right away then it can sometimes be years before he gets to see what the photo looks like.

All in all the file prep and retouching can take up to eight hours, depending on the complexity.

“The cameras are important, of course. Equally important for this kind of work is the computer processing them,” he adds.

“I design my computers around this task and they always cost much, much more than any car I have ever bought.”

A Help to Science

“Pete’s photos are amazing,” he tells the radio station. “They stand out in part because there’s so much activity in the areas where he’s working.” 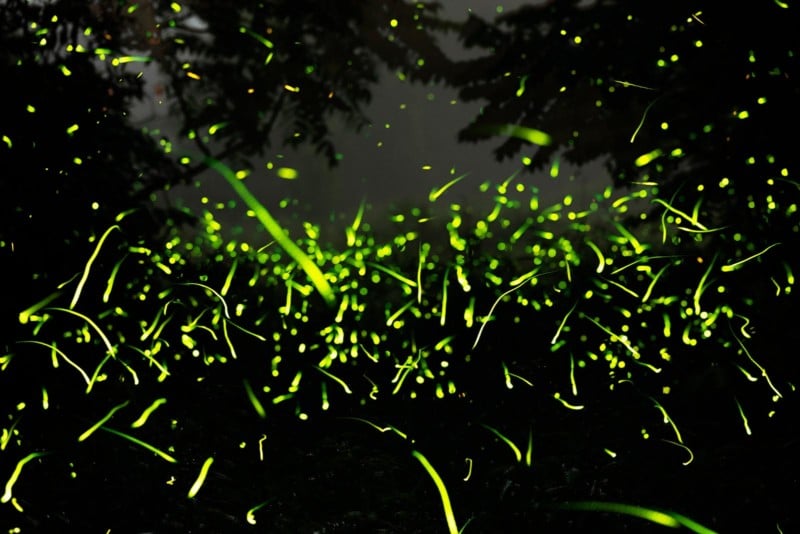 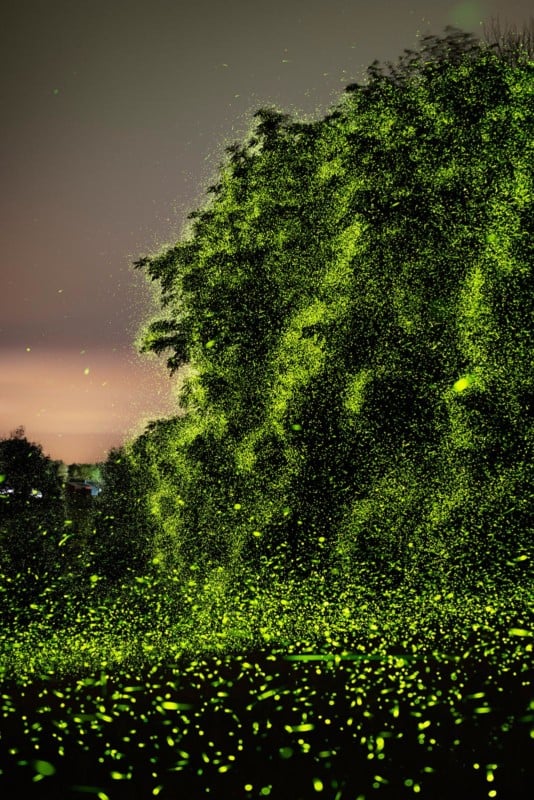 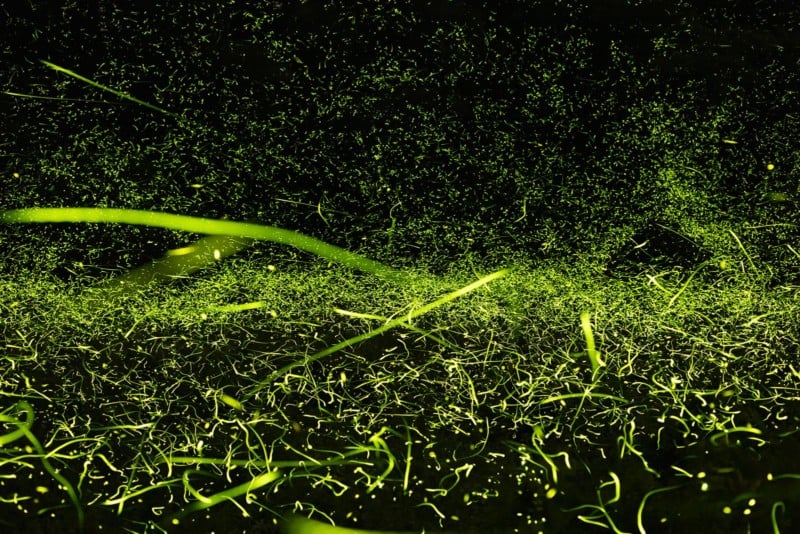 Mauney has been collecting data on fireflies for Peleg’s team at the BioFrontiers Institute of the University of Colorado, Boulder.

They sent him two GoPros that he can deploy when he’s already out in the field; positioned back-to-back, they capture 360-degree video that will be stitched together to create 3D models.

Peleg’s team used this method to offer new evidence that firefly swarms can synchronize their flashes.

Their goal is to produce the first dictionary that will match firefly species with their distinctive flash patterns.

“The bioluminescent insects are a tiny, tiny, tiny, tiny percentage of all the other insects that are out there that we’re not seeing,” Mauney tells NPR.

“They’re giving us an indication, through the photographs, of what else is there — which is a lot. There is a lot that we don’t see.” 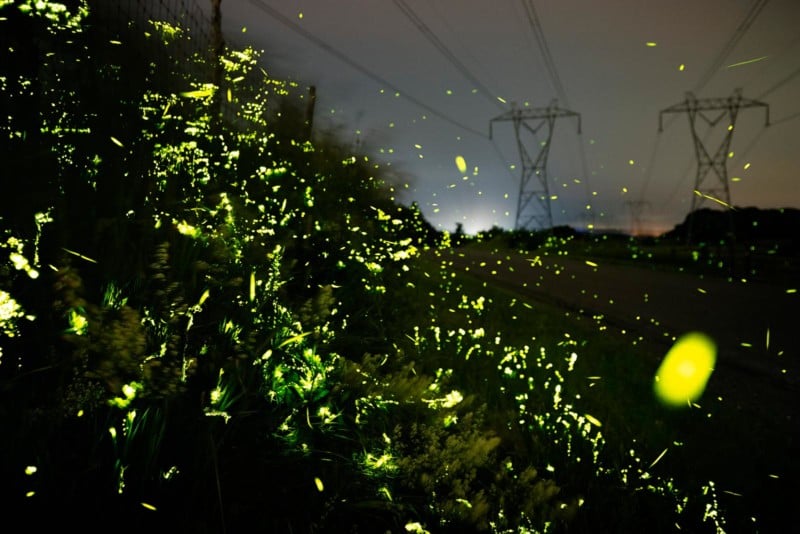