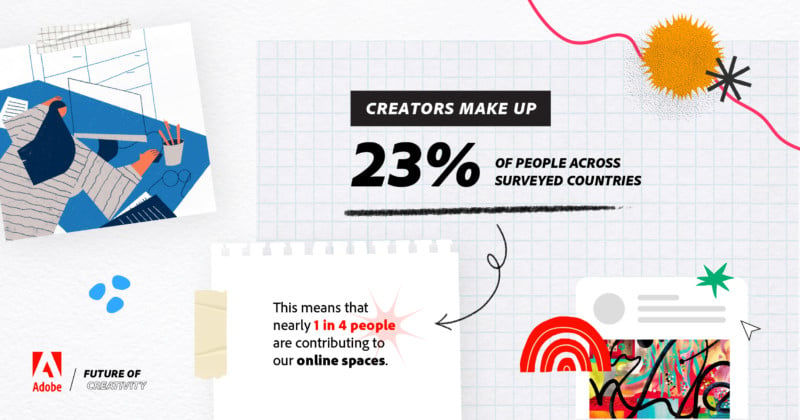 New data has revealed how the creator economy has grown by over 165 million globally in the last two years — an increase of 119%.

In a study published this week, Adobe revealed that creators make up 23% of people globally, meaning nearly one in four individuals are contributing to art and creativity.

Adobe’s research defines a creator as an adult over the age of 18 who either participates in creative activities, such as photography or NFT creation, and posts and promotes their work online. They are also dedicated to creating content at least monthly with the goal of growing their social presence.

The study, which Adobe calls the most comprehensive look at the creator economy to date, found that millennials make up 42% of the creators, while Generation Z only equates to 14% of the community. In fact, on average, creators are 40 years old. 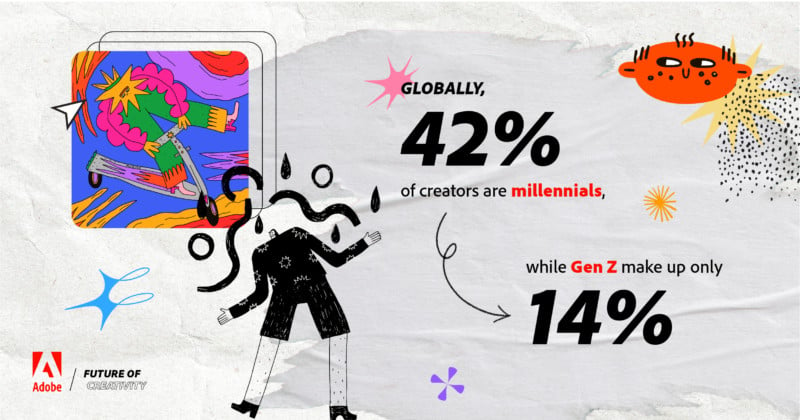 The creator community also skews slightly male at 52%. And markets like the U.S., Brazil, and Germany have some of the biggest creator populations.

Adobe’s research also highlights the difference between a creator and an influencer. In the study, influencers are defined as a creator with over 5,000 followers on their main social channel, who currently earns money through posting social media content.

While they are certainly more prominent in markets like Brazil, Australia, U.K., and the U.S., influencers actually only make up 14% of all global creators, according to the data. 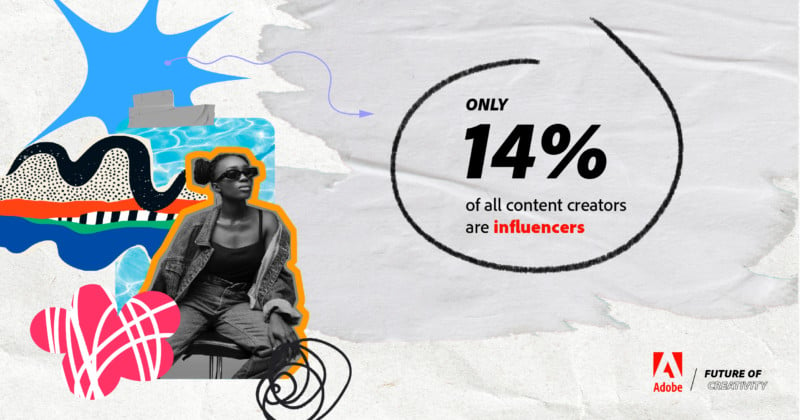 However Adobe found that influencers, on average, work an additional six hours per week compared to general creators. Furthermore, that work appears to pay off with influencers earning more.

According to Adobe, 5% of influencers earn in the top income brackets, making as much as lawyers who earn around $129k per year and Certified Public Accountants (CPAs) who have an annual average salary of $119,000.

This is not the first study to reveal the surprising ways our online habits are changing. Data published by Pew Research Center shows Generation Z is the only demographic that reported declining use of social media in recent years.