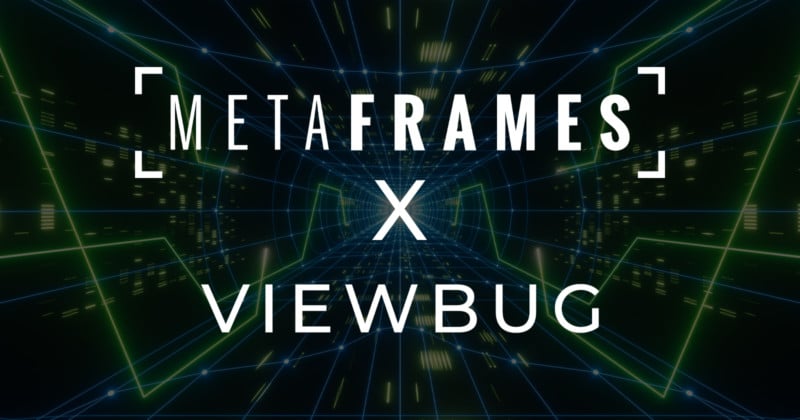 Photo sharing platform Viewbug has announced that it is partnering with MetaFrames to allow its users to create, mint, and license photos on the platform as NFTs.

Viewbug, founded in 2012 by Ori Guttin and Jaime Lozowsky, has worked to grow its influence in the photography space and considers itself the largest photo contest community in the world. MetaFrames is a London-based startup that says it is powered by blockchain technology and has the vision to promote and support the creator economy.

The two companies cite the benefit of their partnership through a growing global creator economy that is estimated to be over $100 billion. The two companies also cite an NFT market that they claim continues to grow rapidly, with global sales of NFTs hitting $25 billion in 2021, and one prediction suggests the market will be valued at more than $80 billion by 2025.

Viewbug, which boasts a community of 3.5 million members, says the partnership will allow its users to monetize their work in what it describes as a “new creator economy.” Through the agreement, MetaFrames — which describes itself as a next-generation media company that serves the arts and creative industries through the blockchain — will become its official non-fungible token (NFT), Web3, and virtual gallery partner. Web3, also known as Web 3.0, is an amorphous idea that envisions a new version of the internet that is based on blockchain technology.

Viewbug claims the partnership will enable its photographic community to create their own virtual galleries on the MetaFrames platform and curate and tailor their own 3D and virtual reality spaces. Users will be given access to MetaFrames’ creator tools, as well as IP protection, premium licenses with leading consumer and entertainment brands and have the opportunity to earn from their creations with sales and royalties.

“At MetaFrames, we are huge advocates of the creator economy – one that is fuelled by creators earning direct revenue from their own work,” Sanjay Wadhwani, CEO and Founder of MetaFrames, says.

“In order for this to become a major part of the global economy, collaboration across the creative industries is key – which is why this partnership with Viewbug unlocks so much potential for both businesses and creators alike. We hope the collaboration between MetaFrames and Viewbug will enable creators, artists, and photographers to take the leap into the world of NFTs and the metaverse.”

“Our passion and mission have always been to empower creatives worldwide, and the partnership with MetaFrames will ensure we take this to the next level for our users,” Guttin says. “We are two businesses that share the same values and vision towards the future, and we could not be more excited to help build the metaverse together.”