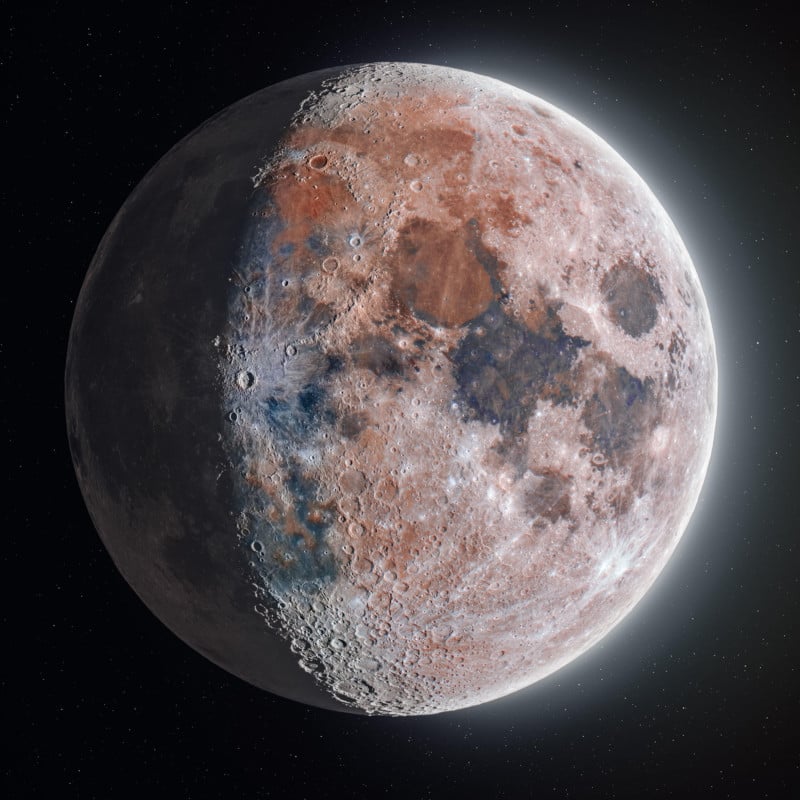 Two astrophotographers, Andrew McCarthy and Connor Matherne, took almost a full year to create a spectacularly detailed and colorful image of the Moon.

The 174-megapixel image, which details the Moon’s colors, craters, and glow, was a collaborative effort between two talented astrophotographers who have different strengths. 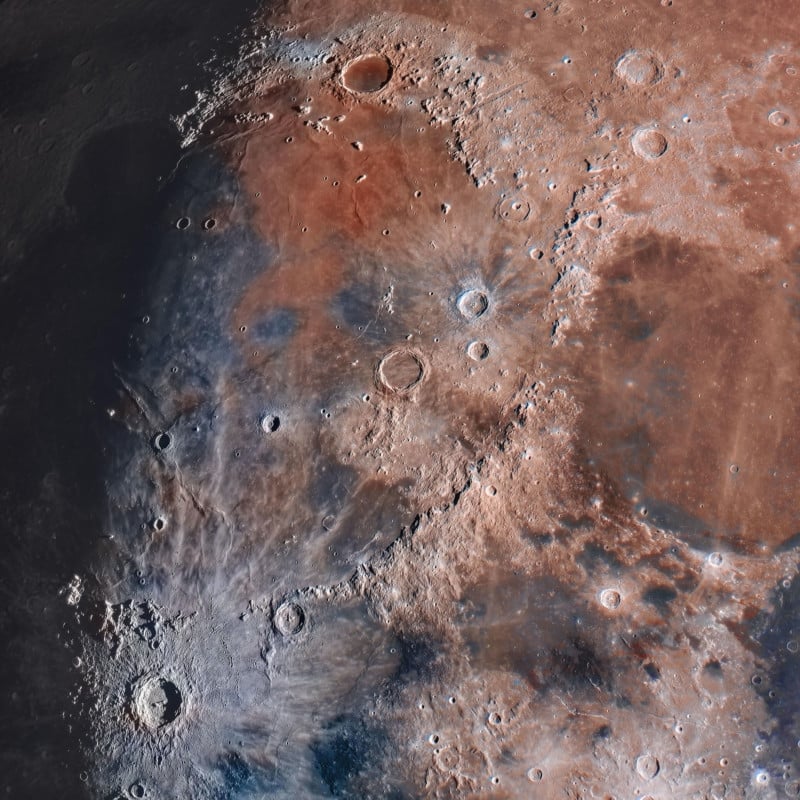 The duo named the work, The Hunt for Artemis, a tribute to the imminent Artemis 1 mission that will launch in the coming days from Cape Canaveral in Florida.

McCarthy calls the incredible work “the most ridiculously detailed moon images we could come up with.”

He paid tribute to his collaborator, saying that without Matherne’s ability to capture the color data, “it would have been dreary gray.”

“The color in this image is real, but presented with increased saturation so it is easily visible to our eyes,” McCarthy explains on a Reddit post.

“The reddish tones demonstrate areas rich in iron and feldspar, while the bluish areas are spots where the regolith is rich in titanium. Oxidization from the Earth’s atmosphere makes the colors appear like they do.” 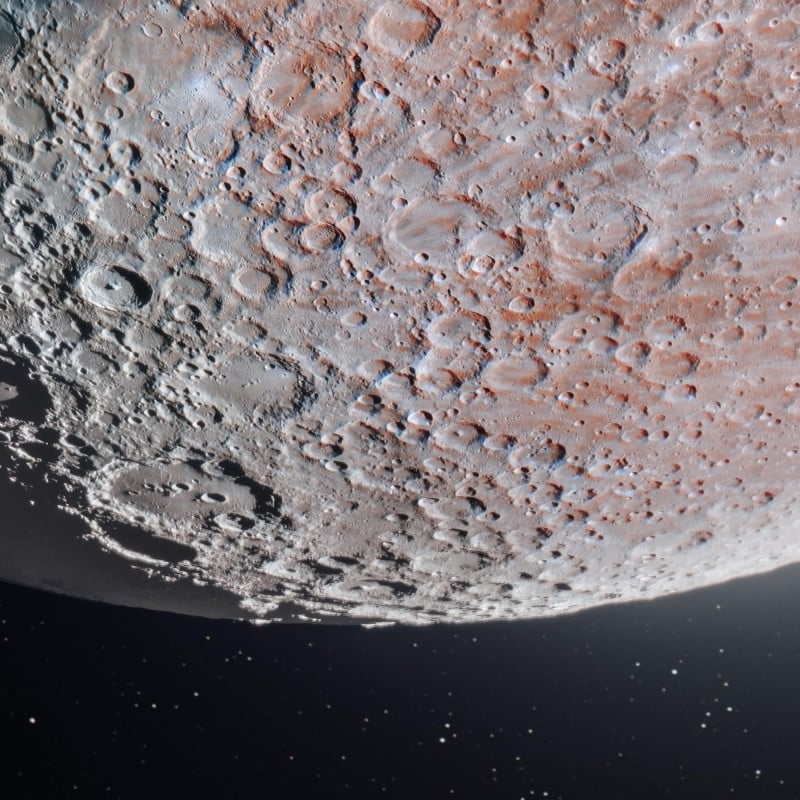 After connecting over social media, the pair set out to capture a comprehensive view of the Moon. McCarthy shot over 200,000 photos from Arizona of the Earth’s only natural satellite, while Matherne took another 50,000 from Lousiana to capture the colors.

To capture such a rich image, the pair used the photo stacking technique and after nine months of “bouncing edits and ideas” off one another they came up with the final image.

The creative pair tells NPR that all that is required to get started on astrophotography is a “camera, tripod, and a star tracker.”

However, McCarthy told PetaPixel last week that he is forever “tinkering” with his telescope, using custom and modified parts, to better enhance his images.