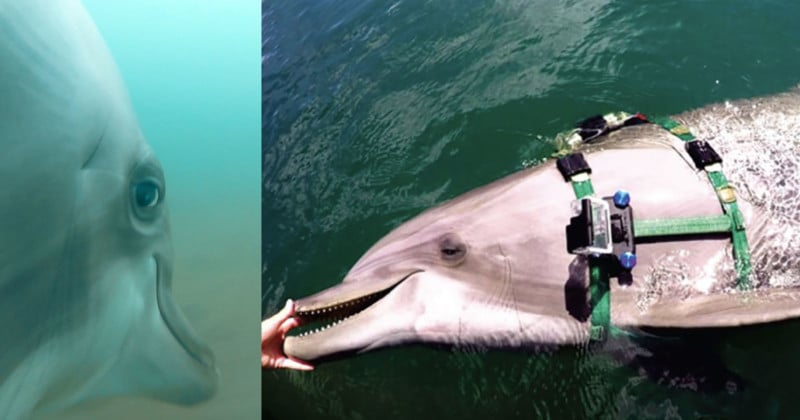 A new study that strapped GoPro cameras to dolphins has captured them eating venomous sea snakes.

The dolphin was on a Navy training exercise in the Pacific Ocean and had a GoPro Hero 4 attached to it when it targeted the poisonous snake.

The dolphin was being trained to detect underwater mines, but researchers believe that this is the first time a dolphin has been observed eating a sea snake.

Previously, scientists believed that dolphins engaged in ram feeding, where they would swim faster than their prey and clasp the fish in their jaws. Or, they would create a suction by moving their tongues and expanding their throats to slurp up prey.

“Sound and video together have never been used before to observe the behavior of dolphins and of the live fish they capture and consume,” they wrote in the study that was published on Wednesday. 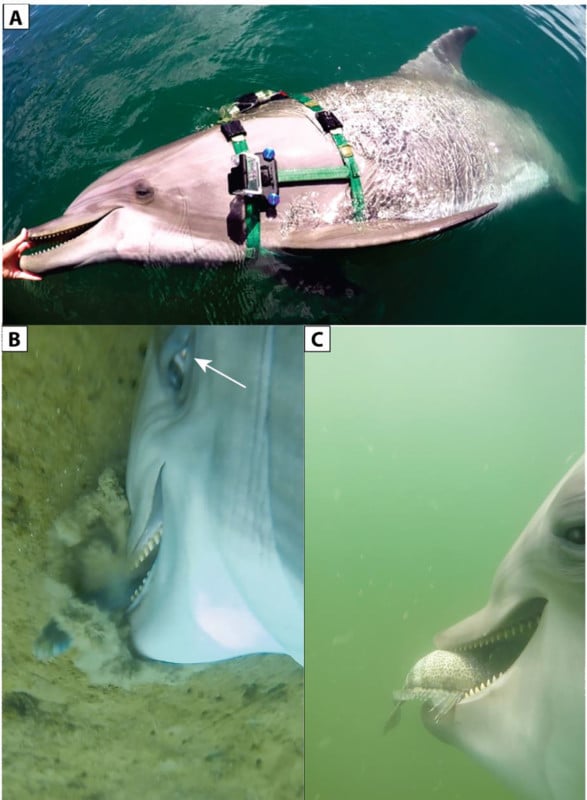 The study involved fitting six captive dolphins with waterproof GoPro cameras and recorded in 1080P while the dolphins swam in the San Diego Bay and open waters of the Pacific Ocean.

Despite the snakes’ toxicity, the dolphins did not suffer any ill effects from consuming the sea serpents. One dolphin ate a total of eight snakes.

“Our observations together with the earlier observations [of playing with snakes] in wild dolphins, suggests that sea snakes could at times be prey for dolphins,” the researchers say. 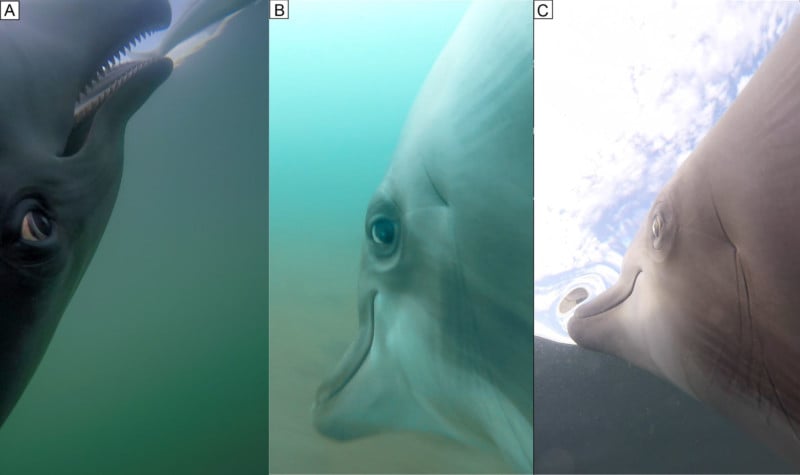 The smelt would often jump out of the water when being pursued, leading to the dolphins swimming upside down to track the prey and snap it up as it landed back in the water.

Dolphins are notorious for playing with their prey. Simon Allem, a senior lecturer at the University of Western Australia, tells ABC News that the perspective of a camera mounted on the dolphins, made for some “pretty cool observations and findings.”

“Bottlenose dolphins are famously innovative — they try new things. If you’ll forgive my language, they’re basically assholes, they pick on other animals, they’re sort of the street gangs,” he says.