We started off the day with some good news for drone photographers (and Amazon), and so we thought we’d send you off into the weekend with some spectacular drone footage.

Captured by Captain Dave Anderson of Capt. Dave’s Dolphin and Whale Safari in Dana Point, California, on a GoPro Hero3, the video features a megapod of dolphins stampeding off Dana Point, a trio of migrating gray whales off San Clemente and some touching footage of a newborn humpback whale and its mom playing off the coast of Maui while an escort whale stands watch.

This is the most beautiful and compelling five minute video I have ever put together. I learned so much about these whales and dolphins from this drone footage that it feels like I have entered a new dimension! I have not been this excited about a new technology since we built our underwater viewing pods on our whale watching boat. Drones are going to change how we view the animal world. Wow! 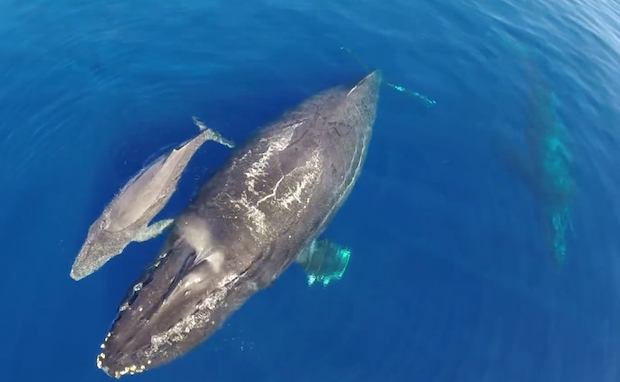 The experience obviously meant a lot to Captain Anderson, who actually dove into the frigid mid-January Pacific fully clothed (with cellphone in pocket no less) to save one of his DJI Phantoms and rescue the footage he had just shot.

To see the fruits of his labor for yourself, check out the video above. And if you want more details on how this video came to be and why Captain Anderson is so excited about drones, head over to the YouTube video and read the lengthy description.

P.S. Keep in mind that Captain Anderson has decades of experience, and there are many laws that must be obeyed when capturing this kind of footage of whales. He elaborates on this in the video’s description, which we highly suggest you read before you attempt this and find yourself facing some serious fines.

Tutorial: How to Effectively Remove Color Casts from Your Photos in Seconds