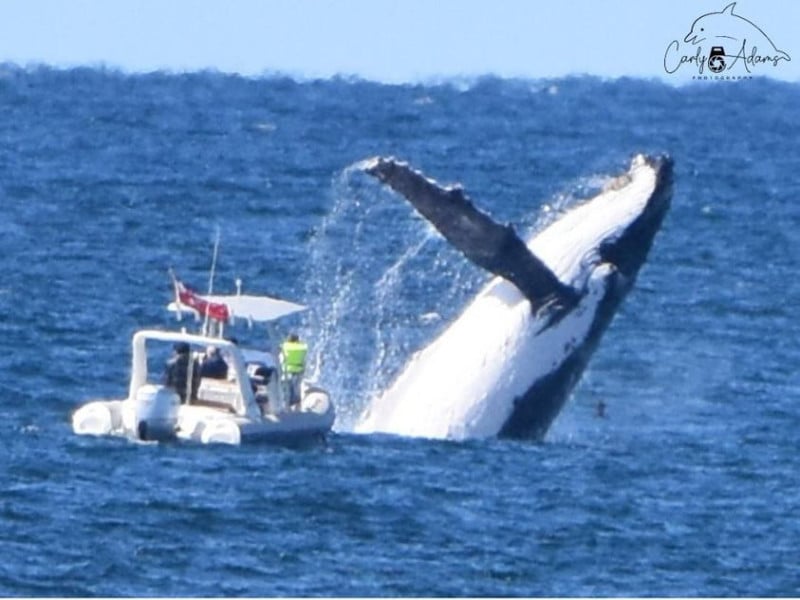 A photographer has captured the incredible moment a humpback whale breaches close to a boat in Coffs Harbour in New South Wales, Australia.

Amateur photographer, Carly Adams says she could not believe her eyes when she got the stunning shot on Sunday.

Adams, who has been shooting nature for the last eight years, had been tracking the humpback whale for an hour before the animal exploded out of the water and breached right next to a boat at around 11:00.

“I was tracking the whale for about an hour before it breached multiple times,” she says.

“It wasn’t a long process. I just happened to be there at the right time to get those shots.

“I felt amazing and couldn’t believe my eyes when I got the shot,” she adds.

After Adams shared the photograph on her social media, the image went viral and was reported by several publications in Australia.

“The response has been crazy, it’s gone viral,” says Adams. “I would never have expected one of my photos to get the response it has. It captured people’s imagination by how close the whale was to the boat.” 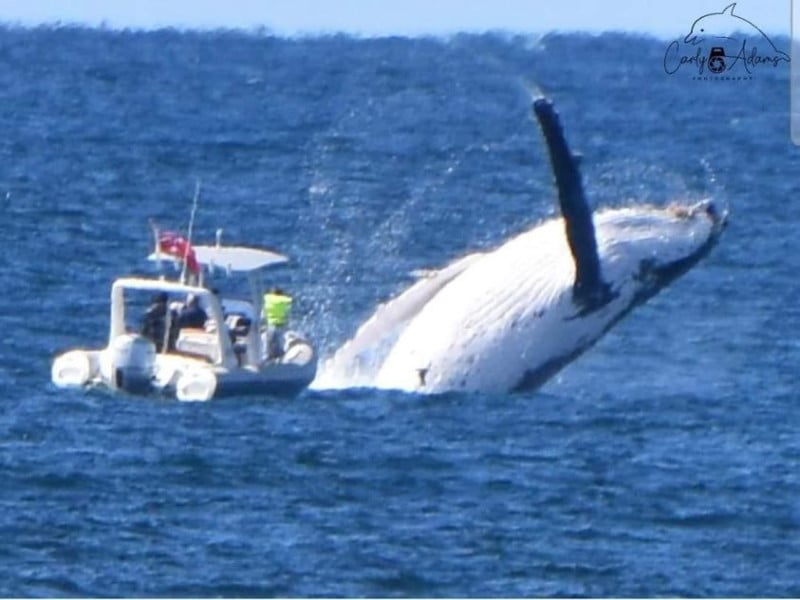 According to the Whale Trust Organization, the precise motives behind humpback whale breaching behavior are uncertain. Some scientists believe the creatures use the motion to remove any parasites that could be residing on their bodies.

Breaching could also be a way for humpback whales to cautiously check out their surroundings, or might use the motion as a form of communication in certain environments.

In a statement to ABC News Australia, Jools Farrell, vice-president of the Organisation for the Rescue and Research of Cetaceans in Australia (ORRCA), says the best thing to do if a whale breaches near a vessel is to stay put. She says whales, especially younger ones, could breach multiple times.

Farrell tells ABC News Australia that she had seen footage of whales that have breached and landed on boats, but has not heard of any fatalities from such incidents.

Last year, Petapixel reported on the moment photographer Douglas Croft captured a large humpback whale breaching right next to an unsuspecting fisherman on his boat in California’s Monterey Bay.