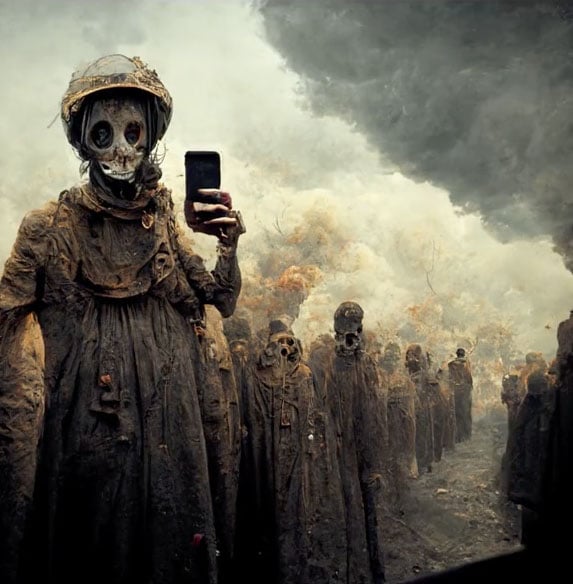 A Midjourney user has posted a series of terrifying images created by the artificially intelligent (AI) software that depicts the last selfie ever taken.

The apocalyptic and nightmarish images detail ghoulish beings staring into the lens as the world crumbles all around them.

Robot Overloards posted the video series to his TikTok page, where he posts other creepy images that have been generated by the AI machine Midjourney.

@robotoverloards Asking an Ai to show the last selfie ever taken Part: 2 #horror#scary#ai#dalle2 #midjourney #foryoupage ♬ It's Just a Burning Memory – The Caretaker

The selfie images, which were generated by the prompt “selfie at the end of the world,” have proven to be incredibly popular with one of the creator’s videos receiving over 13 million views and over two million likes. Typical comments include: “I didn’t plan on sleeping anyway.” While others comically quipped: “Average day in Ohio.”

The creator also asked Midjourney to show the “last selfie ever taken in the apocalypse.” Perhaps predictably Midjourney generated images of burning buildings and charred streets. One image has flashes of light in the sky behind the selfie taker, while another image has planet Earth levitating in the sky, maybe suggesting that the human race has moved to the Moon or elsewhere.

A striking aspect is the characters themselves, some of which appear to be zombies or even aliens. One particular frightening image shows a figure dressed in a black plague-type outfit with other similar haunting figures standing behind them. 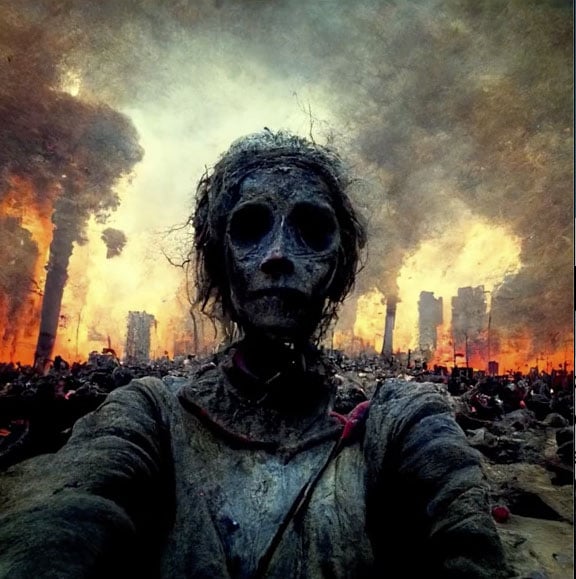 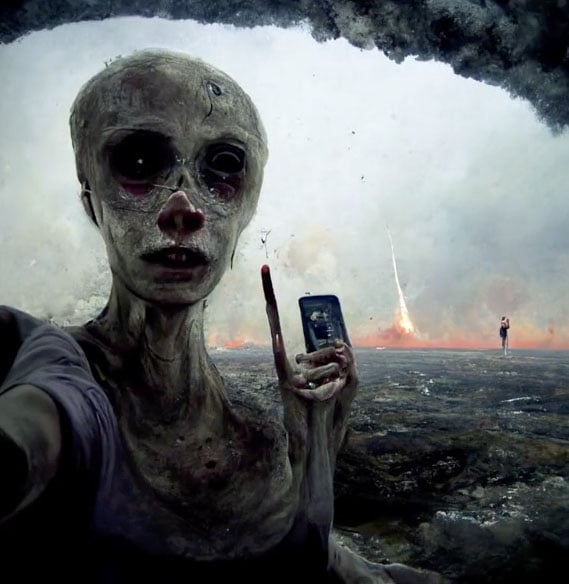 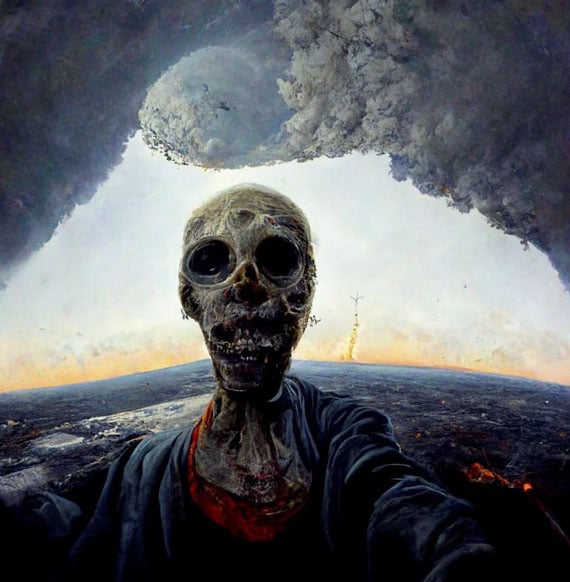 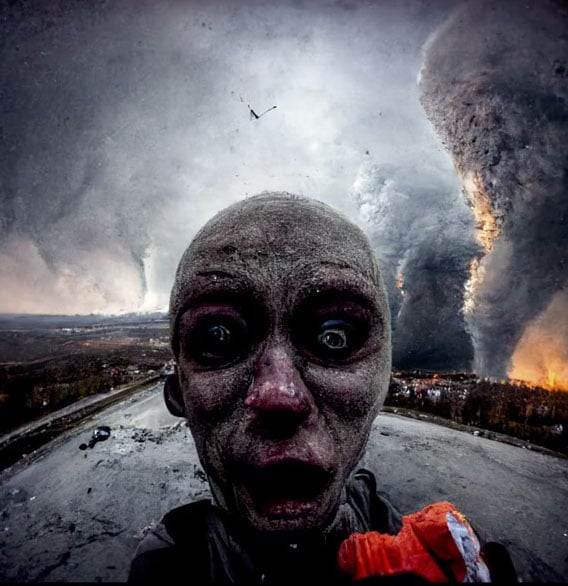 The TikTok creator has made other images from Midjourney by asking it things like: “Show me animals not discovered yet,” and “smartphone photos during the Black Death.”

Correction: We initially stated that the images were generated by DALL-E 2 when they were actually made by Midjourney. We apologize for the error.