A traveling photography studio that was pulled around the English seaside by horses from the 1860s onwards will go up for auction.

Charterhouse Auctioneers estimate that the unique piece of photo history will fetch between £8,000 and £12,000, that’s $9,710 to $14,565. The horse-drawn studio has fittings for backdrops and a small darkroom where the Victorian photographer could change and process plates.

The design is centered around allowing as much light in as possible, with large ceiling-to-floor windows and a glazed roof to help with exposures. It is believed to be the only existing example of such a studio. 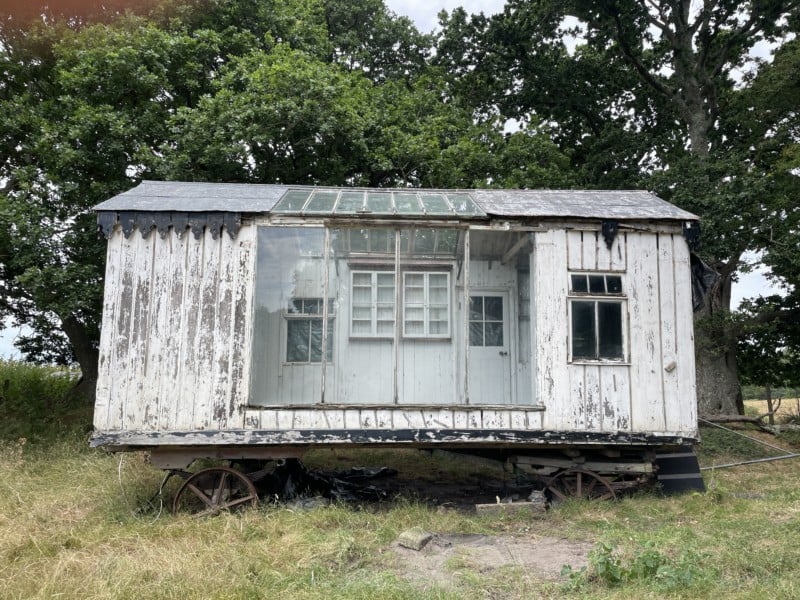 The studio belonged to the father and son photography team, John and Walter Pouncy, who lived in Dorchester, Dorset. Subsequent professional photographers also used it to take a vast number of photos of seaside visitors. The auction team has photographs and provenance that date the studio back to the 19th-century.

The studio saw some great use but as times have changed it has found itself living in a field and in need of restoration. It will be sold off on August 5 and the auctioneers believe it “would make a wonderful artist or photographer’s studio due to the light which floods in.”

“This is a fantastic opportunity for someone to acquire what we understand to be a unique piece of Victorian photography history which would make a stunning studio or office,” writes Richard Bromell of Charterhouse Auctioneers. 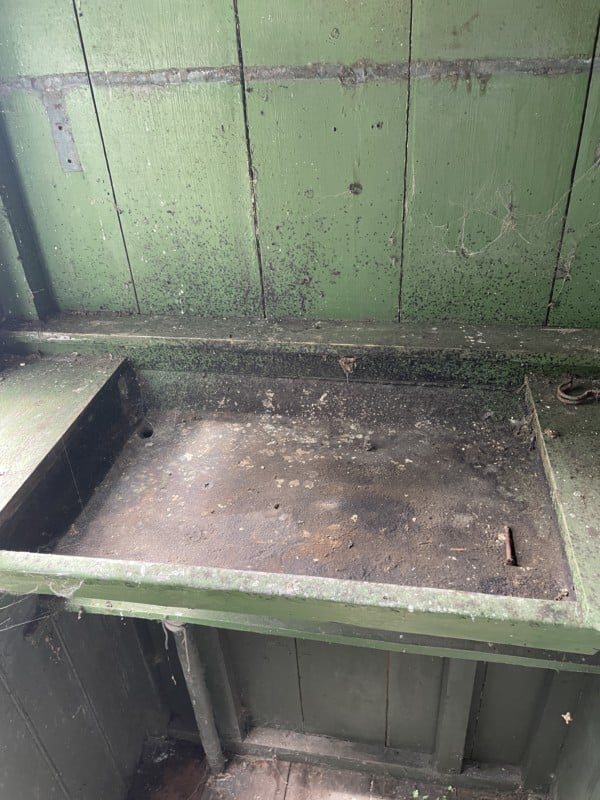 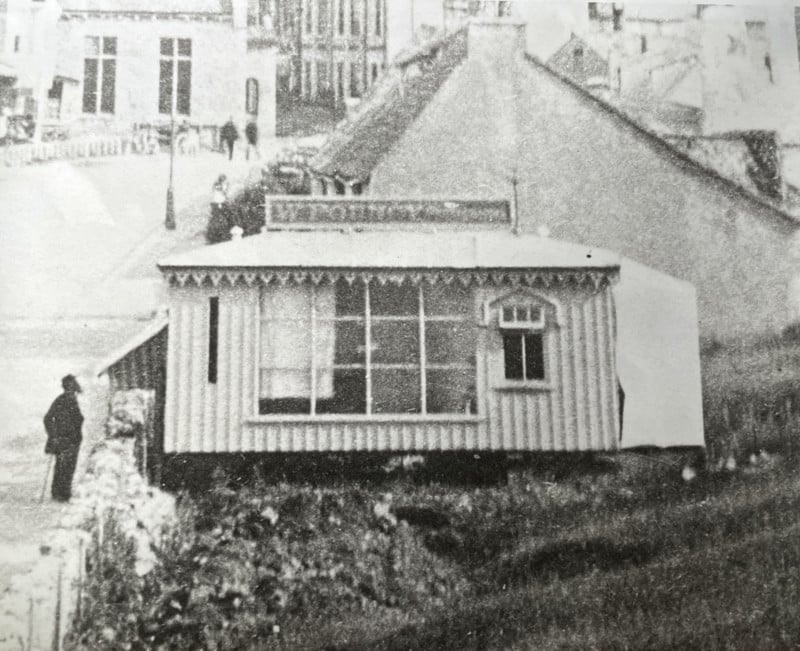 Who Were The Original Owners?

John Pouncy began his career as a painter and decorator but soon moved on to the nascent art of photography as the technology began to improve in the 1850s. The major drawback of early photography was the fading of prints, something that Pouncy endeavored to resolve. He resorted to photo-lithography, an original technique, and published a book in 1857 of his photo-lithographic illustrations. He continued to pursue the difficulties of fading photos by adding Arabic gum and vegetable carbon on paper to make it photo-reactive, he patented the process.

The director of programs at the Royal Photographic Society, Michael Pritchard, tells Amateur Photographer: “I had the privilege of seeing the studio in the summer of 2021 and meeting its current owner.

“It is a remarkable survival. Entering felt like stepping back 130 years. Although the current owner’s hope of restoring and retaining it as a traveling studio were not able to be realized, it has been lovingly looked after.

“It deserves a new home where it can be preserved and shown, ideally in Dorset, and be used as a studio, telling its remarkable story and that of the Pouncy business and 19th-century photography.”

The auction is being held at Charterhouse in Dorset on August 5. The website can be visited here.