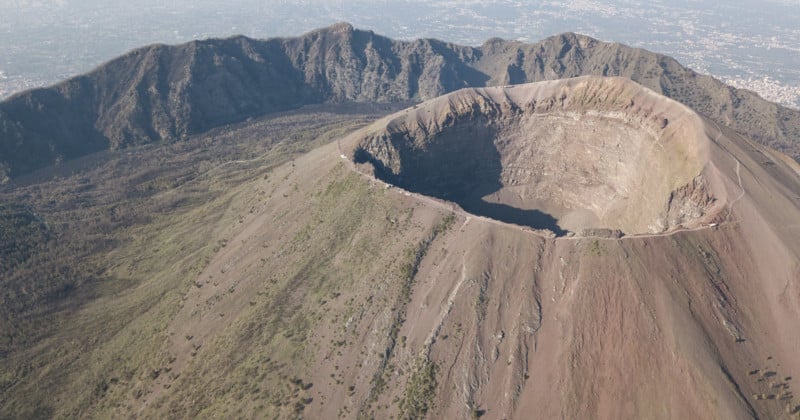 An American tourist has been rescued after falling into the crater of an active volcano trying to take a selfie. The tourist had taken a closed-off path up the face of Mount Vesuvius, in Italy, and had climbed down into the crater in a bid to recover his mobile phone which he had dropped.

Within minutes of trying to retrieve it, the 23-year-old tourist had slipped and tumbled down into the crater, injuring himself, and was unable to climb back out. A team of guides from the tour climbed down into the crater to attempt to rescue the man, but ultimately a rescue helicopter was dispatched to the scene to fish him out.

The man was treated for minor injuries, including cuts and bruises, but refused to be taken to the hospital for observation. However, the unnamed man now faces an investigation for trespassing on prohibited land around the volcano, and for avoiding paying the tour fee to view the volcano.

Mount Vesuvius is known to history for destroying the Italian city of Pompei in 79AD, burying the Roman site under tons of ash and pumice for nearly 2000 years before it was discovered in by a surveying engineer in 1748. Since then, the ruins have been a popular tourist destination, even though the volcano is still quite active.

The last time Vesuvius erupted was in 1944, sending tons of ash into the air and threatening over 600,000 people who live in cities nearby.

This tourist selfie mishap is just the latest in a string of accidents, where people have put themselves in dangerous situations in order to get that a selfie photograph. A 32-year-old man was gored to death in 2014, in Pamplona Spain, while trying to get a selfie during the annual Running of the Bulls. In Yosemite National Park, a couple took one step too many while trying to get the photo, plummeting to their deaths.

There have also been dozens who have died after misjudging oncoming trains while capturing what would end up being the last moment of their life on their mobile phones. According to a 2018 study there have been over 259 selfie deaths reported worldwide between October 2011 and November 2017, with men more likely to take the risk for a photo than women by a measure of three to one.

The phenomenon has happened so often, that the term “death by selfie” has been coined, and could have surpassed shark attacks as a cause of death. In this most recent volcanic mishap, the man and his family had ignored signs of a closed prohibited route, and climbed up to the edge of the most dangerous and active volcano in the world to take a selfie. The family is currently being investigated and could face fines, and even prison for taking the prohibited route, reports the Metro.