DIY-er Sean Billups has transformed his old Google Pixel 3A into a multispectral camera that can view in Ultraviolet (UV) and Infrared (IR) wavelengths that are not normally visible to the human eye.

Multispectral cameras are commonly used by NASA to image the Earth to investigate farmland and drought conditions and look for areas of climate change and erosion. The same technology is used by scientists to examine layers and underdrawings in paintings for the purposes of art examination and conservation.

That latter use case is exactly what Billups had in mind when he decided to tackle this project. He designed and 3D printed a wheel that fits over the camera on his Google Pixel 3A and turns it into a multi-spectral imager which can view in UV, IR, and normal visible light.

Billups chose the Pixel 3A for this experiment because it has a highly rated imaging sensor despite its age and supports some great camera apps to process the pictures he would take with it. The challenge, though, was that camera image sensors are naturally sensitive to IR and UV light. Thus, they require a special multispectral filter that filters out these wavelengths, in favor of available light. For a smartphone, that filter is glued to the lens itself.

He opened up his phone and carefully removed the camera lens and then he applied a little targeted heat to loosen up the glue that holds the filter onto the camera lens.

Once the glue had melted, it was a matter of attaching a piece of plastic to that filter with glue, and once it had set, he could grab ahold of it and remove the filter. Then he placed the lens back into the camera lens assembly and closed the phone back up. 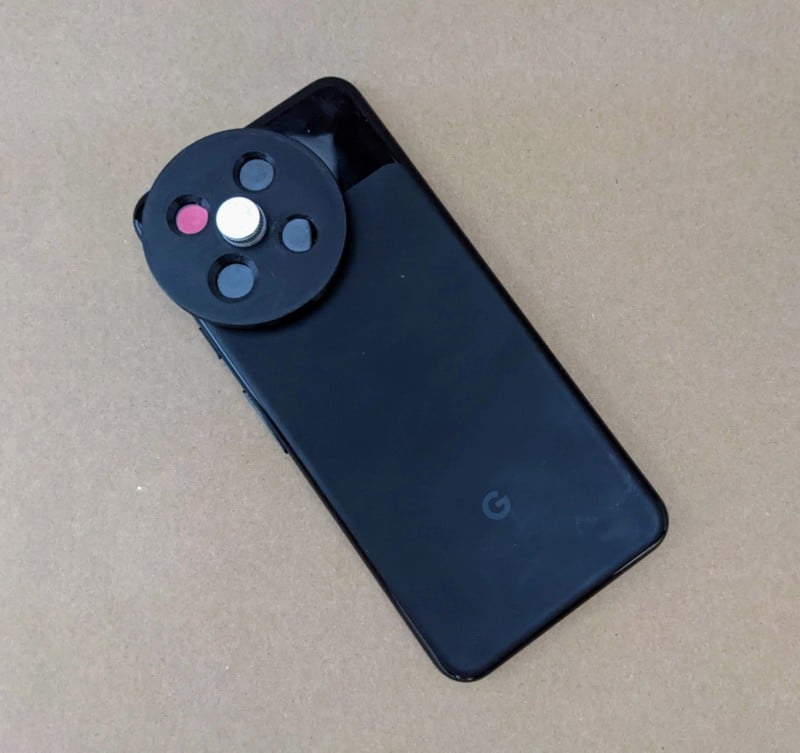 It sounds simple when reading it, but in reality, with such tiny screws and parts, this procedure isn’t for the faint of heart. Moreover, it took a lot of trial and error for Billups to remove the filter without damaging the lens or the camera module itself.

Once the hard part was finished, Billups 3D printed a selection wheel with filters embedded in it that would allow for different wavelengths of IR, UV, and available light to be captured. He attached the wheel with a screw on the back of his phone so that he swap among the different filters by spinning the wheel. 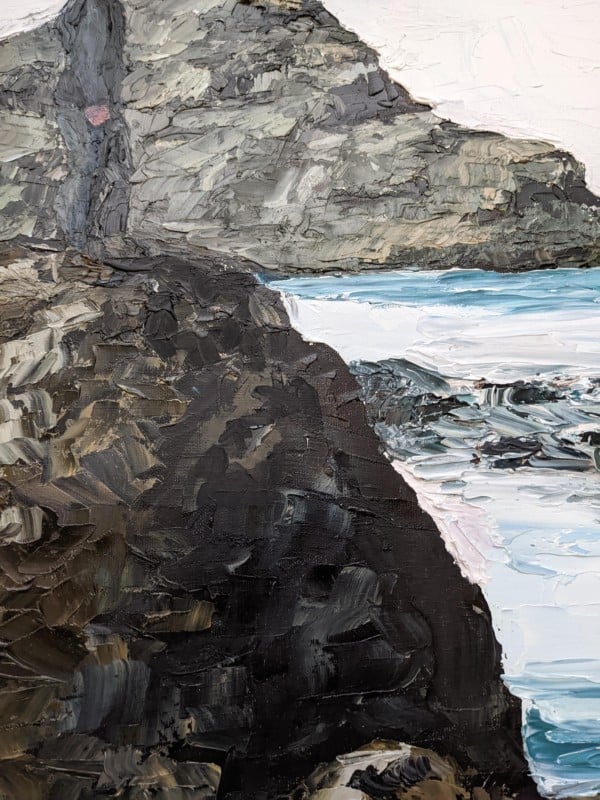 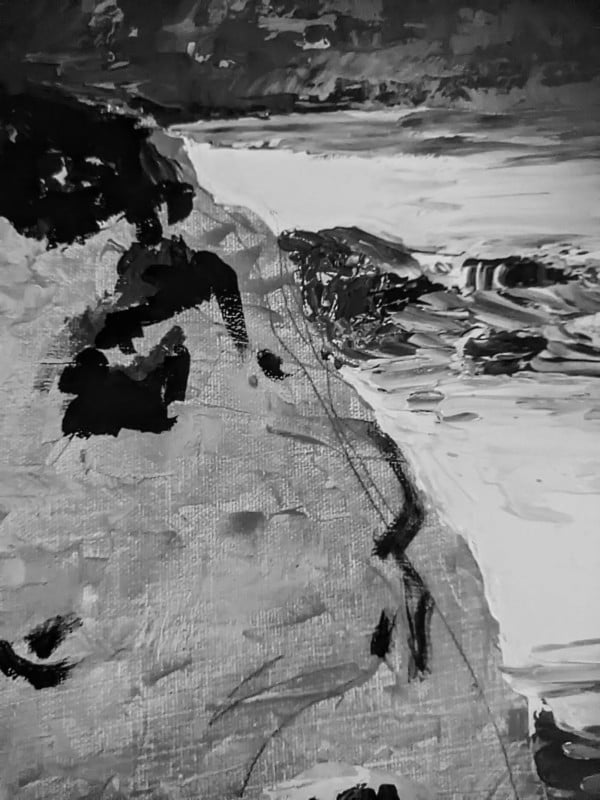 Armed with four different filters, Billups took his new handheld multispectral camera to a gallery at a museum and pointed it at some of the paintings.

Because of what is revealed at different wavelengths of light, Billup could see the sketch lines that the artist used to draw out the subject and scene before he applied paint to the canvas as well as other details that are not normally visible to the human eye.

Now that he’s proven the concept works, Billups plans to expand his camera design with more enhancements such as IR and UV LED lights, magnifying lenses, and additional sensors like spectrometers.

Anyone interested in trying the project for themselves can find the steps and necessary details on Billups’s Hackaday project page.