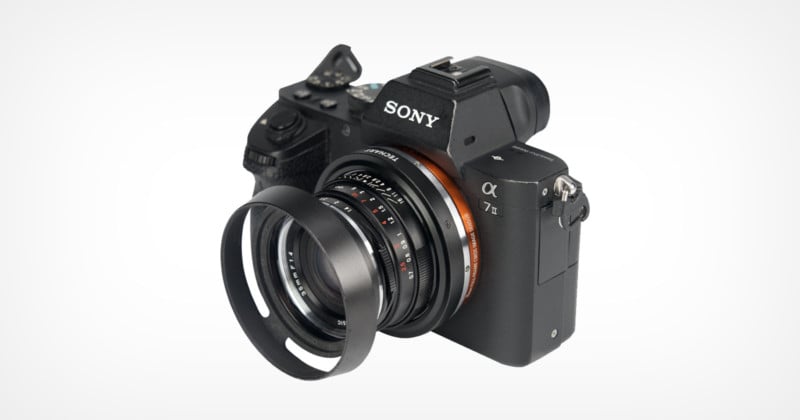 Techart has announced a redesigned M-Mount to E-Mount autofocus adapter that it says is more compact and quieter than its previous model, and the second-generation LM-EA9 uses four smaller stepper motors instead of the single large motor of the previous generation.

As reported by DPReview, the design of the LM-EA9 is noticeably more compact than the LM-EA7, the company’s previous M-mount to E-mount autofocus adapter. The integration of a new motor system also promises to enables faster autofocusing.The new system ditches the large bump at the bottom of the previous adapter that housed the larger motor system and slims down the whole package into a simple ring.

Techart’s original M-Mount to E-Mount adapter, the LM-EA7 had a single larger motor to drive the entire adapter mechanism and was mounted underneath the adapter. Techart says that the EA7 was one of their most popular selling products to date, as it provided photographers with the ability to use a camera’s autofocusing and face tracking features, even on a manual mount lens.

Techart however, wanted to streamline the design and make improvements, and thus, opted for the new four-motor design of the LM-EA9. The design places all four motors equidistantly around the entire ring, making the adapter smaller and lighter, and with the added benefit of being more in line with the simple aesthetics of the Sony E-Mount cameras it will be used with.

The video below shows how this particular adapter works.

For those unfamiliar with the concept of an autofocus adapter, Techart has dedicated focus motors built into the adapter that can move the lens in and out away from the camera sensor in order to achieve focus with what are traditionally fully manual lenses. Basically, instead of moving internal lens elements or adjusting the manual focus ring, the entire lens moves.

An older video below explains the general concept behind the design.

Techart hasn’t announced when the LM-EA9 will be available or what it will cost, and at the time of publication, it wasn’t yet listed on the company’s website. The current LM-EA7 sells for $379, which may provide some idea of what to expect as far as pricing.