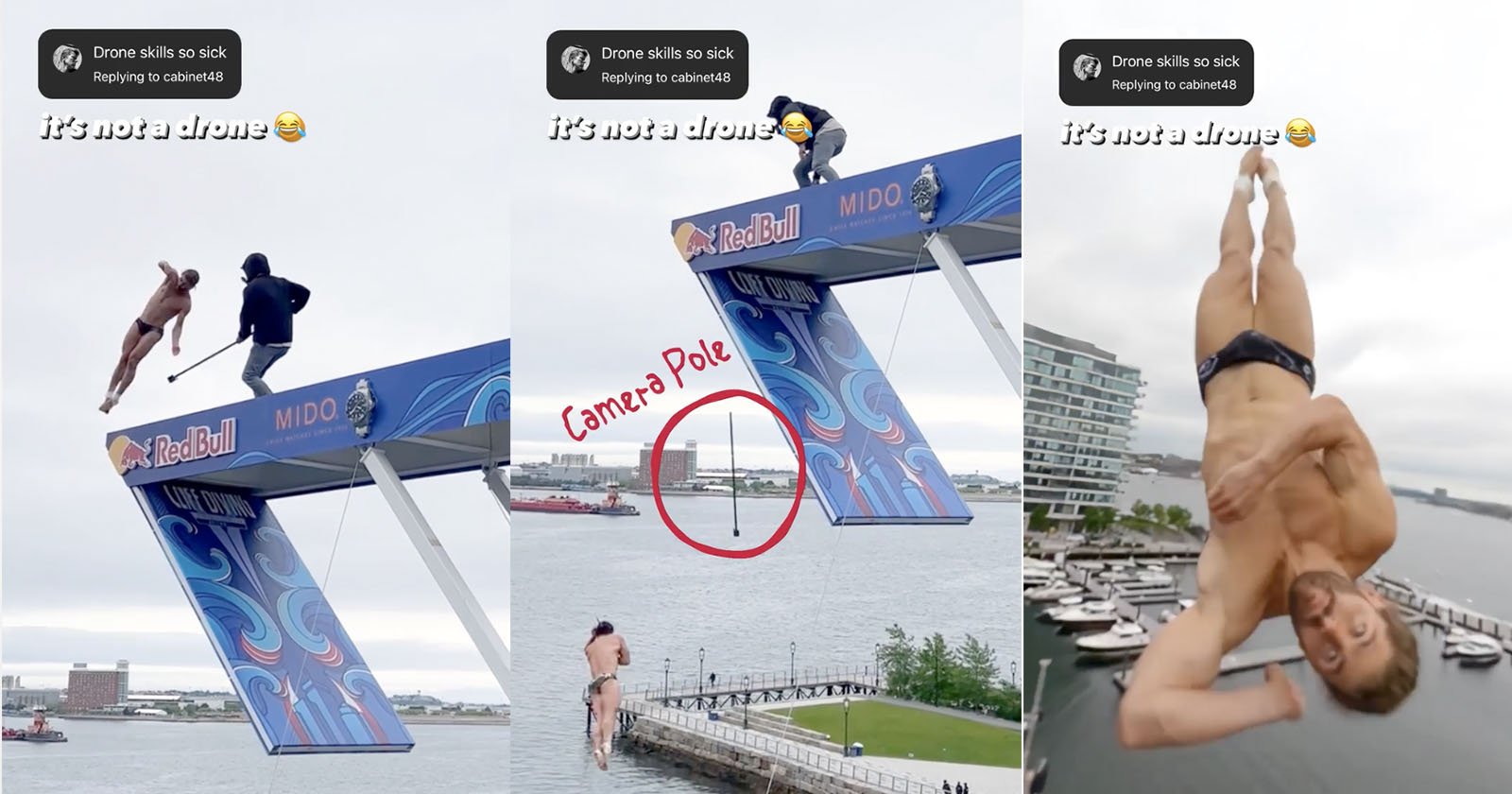 Red Bull has shared a behind-the-scenes video that shows how its filmmakers deftly capture a high-diver leaping into the water. Surprisingly, it doesn’t involve a drone.

The shot of a fearless diver jumping some 30 meters from a board is flawlessly tracked as the camera descends in perfect synergy with the athlete.

The beverage company posted the video in response to a person who wrote, “Drone skills so sick.” It was a fair assumption, but the video is not filmed by a drone and the company posted a behind-the-scenes video showing just how it was done.

In fact, standing behind the diver is a cameraman holding an action camera on a pole. As the diver makes his leap the camera operator throws the stick after him, timing it perfectly to capture a unique and dynamic shot of the action.

Daniel McKinley Walker responded, “Literally could not have guessed that,” while Michael Kelley writes, “I refuse to believe this work of art was produced by a stick.”

Many commenters wondered how they got the camera back, but fortunately, the stick floats, making it easily retrievable.

A 360-degree camera appears to have been used allowing complete flexibility in post to choose which angle the editor wants to present.

The talented cameraman is extreme sport photographer Steven Donovan. Donovan posted a video from the same session where he mashed up FPV drone shots and the footage captured from his camera pole.

“I wanted to create some dynamic movements at the beginning of the shot so I started on his left side and as soon as he committed to the dive I quickly moved under his body to the right and threw it to the right of him,” writes Donovan.

The camera pole used is an FPoleV Mini, which is an accessory company founded by Donovan. The pole extends to 24 feet making it perfect to get closer to the action without putting the camera person in harm’s way. However, Donovan stresses that only the removable four foot section floats.