An aerial video taken above Yellowstone National Park shows the devastation flooding has caused, as roads are being swept away and tourists are being left stranded.

The video, taken from a helicopter, was posted to the park’s Facebook page of Yellowstone’s North Entrance road through the Gardner Canyon on Monday, June 13. 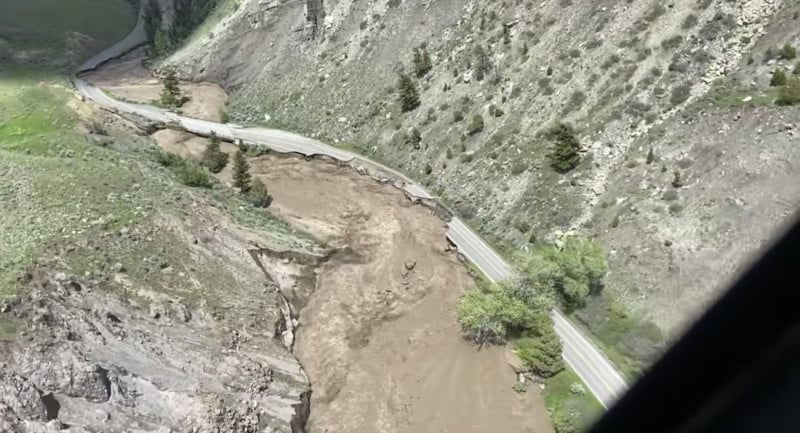 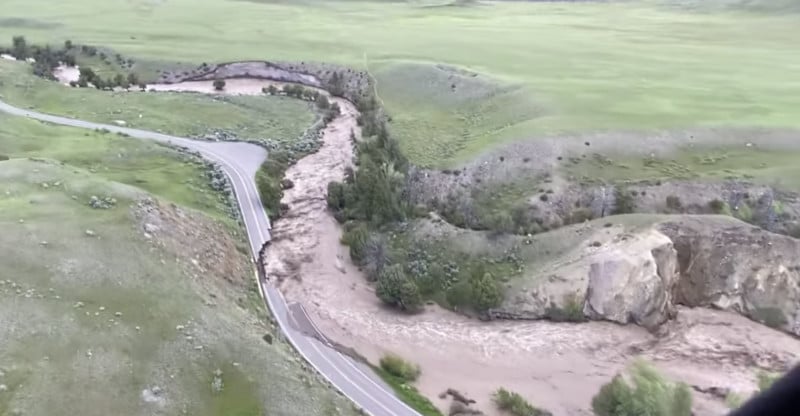 Dozens of people have been evacuated following the unprecedented flooding, forcing the closure of all entrances to the park. No visitors are currently allowed into the park because of the dangerous conditions.

A Montana helicopter company transported about 50 people on Monday and Tuesday and some of the surrounding community has been left without safe drinking water.

“We haven’t ‘rescued’ anyone that was in danger, we have mainly been transporting people out of there,” says Laura Jones of Rocky Mountain Rotors. 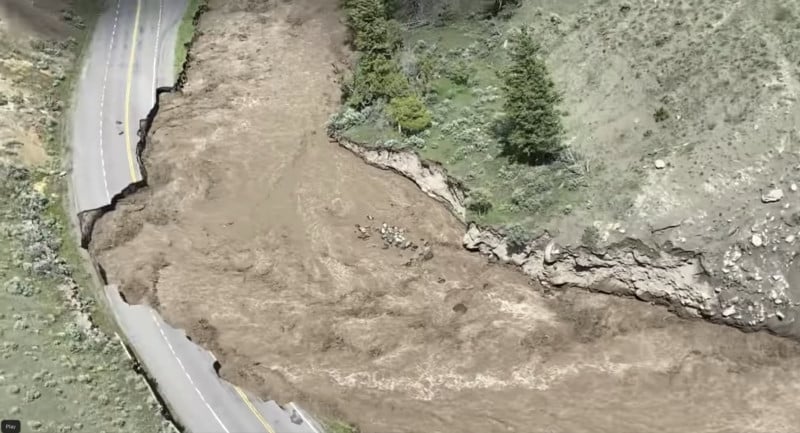 The area has received two months’ worth of rain in just two days thanks to the abundant precipitation combined with rapid snowmelt that has produced up to three-quarters of a foot of water runoff.

The northern section of the park has seen “multiple road and bridge failures, mudslides, and other issues,” Yellowstone Park Superintendent Cam Sholly said in a statement.

Immediately north of Yellowstone, several cities in Montana’s Park County were also experiencing extensive flooding, which has washed out bridges and roads, making it unsafe to travel or impossible to evacuate, Park County officials say on Facebook. 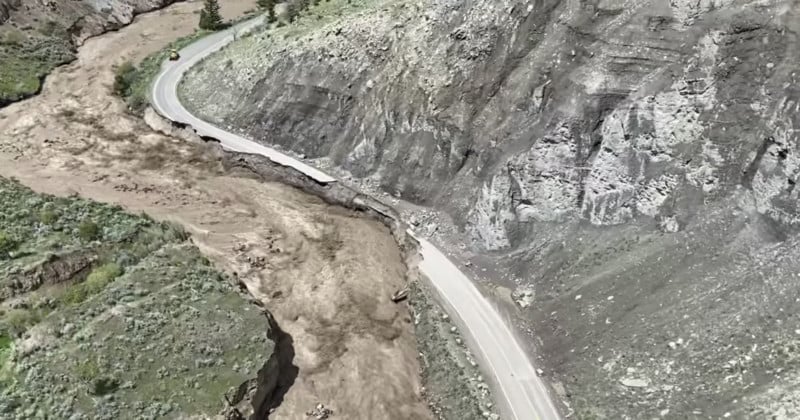 Officials have also issued warnings in many areas for residents to avoid drinking local water due to a broken water main and submerged wells.

The Park County town of Gardiner, located at the northern entrance to Yellowstone, is isolated and surrounded by water after heavy flooding washed out bridges and roads, county officials said on Facebook on Tuesday.

More than 10,000 visitors have been forced to leave the park, but so far no one has been reported injured or killed. The only visitors still left in the massive park are a dozen campers still making their way out of the backcountry, AP reports.

Yellowstone National Park, which celebrates its 150th anniversary this year, could remain closed as long as a week.