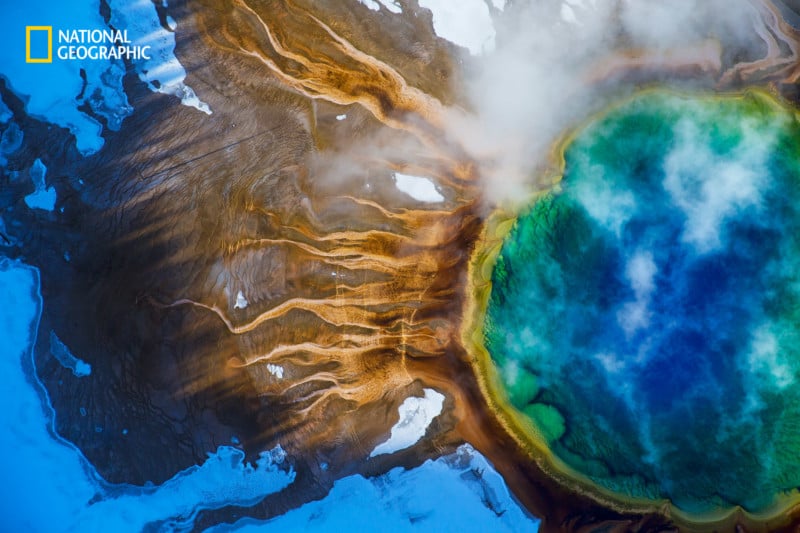 Yellowstone National Park was established as the United States’ first national park in 1872. To celebrate its 150th year, National Geographic has published a series of photos captured over that time of what is often called America’s Wonderland.

The First National Park in the United States

Yellowstone National Park stretches across three states, with a majority of it found in Wyoming but parts of it continue into Montana and Idaho. The entire park spans 3,472 square miles of vast, varied landscape that includes forest, lakes, mountains, valleys, and canyons, National Geographic says. Additionally, some 90% of the park is untamed which makes it one of the last large intact ecosystems in the northern temperate zone.

National Geographic reports that the region’s geological history reaches back at least 66 million years when volcanoes were responsible for producing some of the region’s more spectacular features.

“With more than 10,000 spouting, steamy, kaleidoscopic, sometimes smelly geothermal features, Yellowstone holds more geysers than the rest of the world combined,” National Geographic writes. “Indigenous Americans, arriving after the melt-back of the Pleistocene ice sheets, have lived in the region for more than 11,000 years.”

National Geographic says that it has a vast photographic archive of Yellowstone, including William Henry Jackson‘s photos from the 1871 geological survey of the park which were captured a year before its official founding as a national preserve. National Geographic first published a story on the park in May of 1908.

The storied publication has shared several photos of the region that have been captured over the lifespan of the park, a few of which it granted PetaPixel permission to share. These and many others can be found on National Geographic’s full coverage of the park’s 150th anniversary on its website.

For more on this story, visit: natgeo.com.