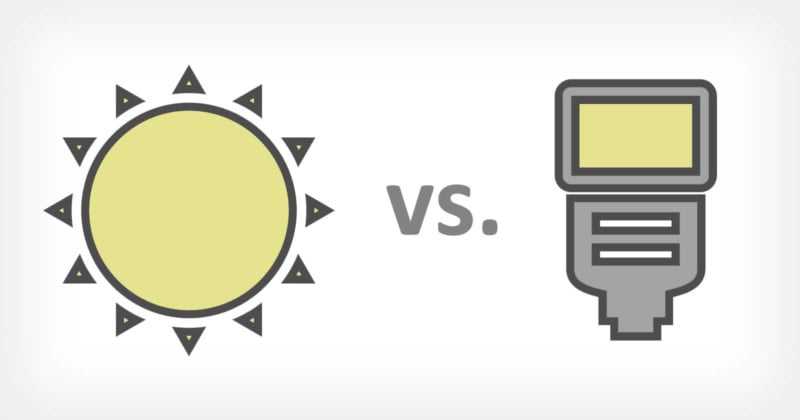 During the dark ages of digital photography, also known as the early 2000s, I was spending an awful lot of time trying to get my Canon 430EX Speedlite to work as an off-camera flash. Speedlites, by design, were clearly never meant to be used that way.


You should have seen it: PocketWizards gaff-taped to various, dicey cold-shoe mounts with RF dampening material to limit the radio interference, cords everywhere. As ugly and precarious as my rig appeared, you should have seen my face when I took my first OCF shot in an outdoor portrait session — pure, unadulterated joy. No more would I be at the mercy of the elements, I was a master of light and shadow! So began my obsession with strobes.

Like a lot of budding shooters, I quickly began to align myself with the “real” pros — the ones using strobes, that is. Just imagine a broke, fledgling photographer, wielding a taped-together rig like the staff of Gandalf the Grey, looking down his nose at the unwashed masses. What an ass.

Like a lot of us, I came into an industry (nay, a world) that consistently tries to herd people into little tribes. It’s how we’re wired. Film versus digital, Nikon versus Canon, prime versus telephoto lenses, all of it a distraction based on a logical fallacy: the false binary. Black or white, good or evil, the false binary (or false dichotomy) is a logical fallacy based on the idea that one of a limited number of options must be true.

Ultimately, though, the premise is a lie.

Here’s a lie for you: natural light shooters are beginners who are just afraid to learn how to use a strobe. Here’s another: strobists are elitist, gate-keeping, old farts who are out of touch with modern photography. Ideas like that sound real dumb when you say them out loud, but it’s how so many of us act toward each other. 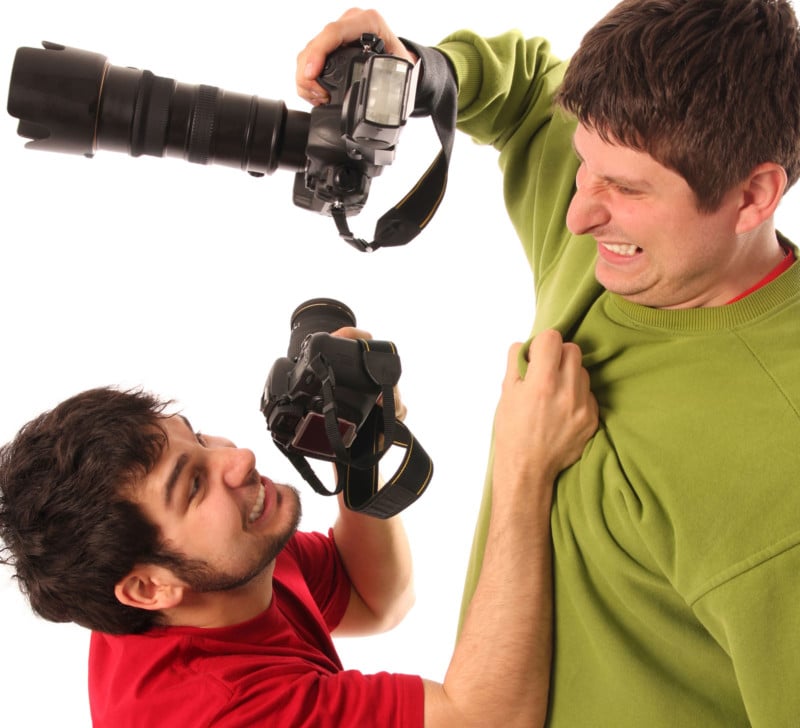 At different times in my career, I have believed various versions of both of those lies, each designed to protect my fragile ego. Whatever I am doing at any given time surely has to be the right way to do it, right? If I didn’t believe that, I might not have the guts to put my art out into the world and try and sell it. Looking back, there’s hardly a moment in my career where I wasn’t way more ignorant than I thought I was.

What I’m getting at here is that every single one of us has so much more to learn, and I want to share some of what I have learned with you. Having spent my career transitioning from natural light, location shooter, to off-camera flash location photographer, to dedicated studio photographer, I can tell you there is a better way to see the issue.

There Is a Little Bit of Truth in Every Lie

Natural light is where most of us start, right? You have a camera and the world around you to explore. Like many of you, I spent time shooting my friends, pets, and whatever happened to be in my backyard (dear, lord, so many flower photos).

The truth is that I wasn’t afraid to shoot with strobes, I was just so ignorant that I couldn’t have told you accurately what a “strobe” actually was. All I knew is that I liked taking pictures and that I thought I was pretty good at it. Later on, when I was gearing up with strobes, there were scenes I photographed with perfect natural light that I destroyed by blasting them apart with flashes because I thought it was the way that real professionals did things.

In each case, the stereotypes were partly true. Ultimately, like all of us, I was on a journey. 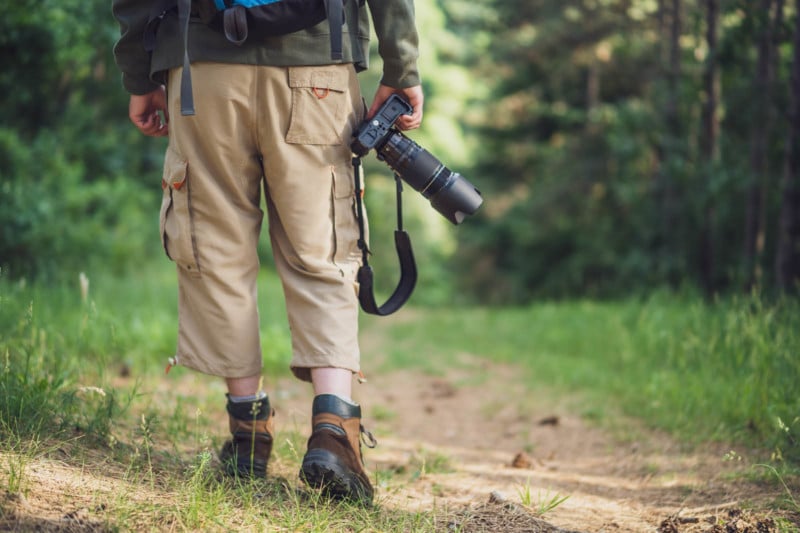 The Real Issue Here Is Style

Veteran photographers will tell you that a real style takes a long time to develop, and it isn’t always a conscious decision. Style expands and changes over time as you acquire experience.

Style, a real photographic style, doesn’t come from shooting what’s at hand with limited resources, it comes from a wealth of knowledge. Style is what happens when your creativity has a host of skills to draw from, but you consistently choose specific skills that please you in the moment.

With today’s technology, you could choose to shoot almost any scene in a number of ways if you had the skills. Which of those skills you pick in any given situation make up the bones of your style. As you learn new skills, your style can change.

Intent is the difference between getting good exposures and telling great stories. Great images begin in the mind of the artist. Intent causes the portrait photographer to add that one extra object that deepens the narrative. It inspires the photojournalist to take one step back and include that one critical element to the composition.

Lighting shapes the story of every image as much as any other element. Approaching it with the intent of telling a better story puts the responsibility of that story in the hands of the photographer in a very tangible way. Photographers who practice their craft with that in mind know the truth: knowing when not to add light is just as important as knowing when to add it.

Whatever tools you use to shape the light in your images don’t really matter. The intent does. Flash, reflectors, a table lamp; every light source has the potential to make or break an image. It’s up to the photographer to control those sources into supporting the story. 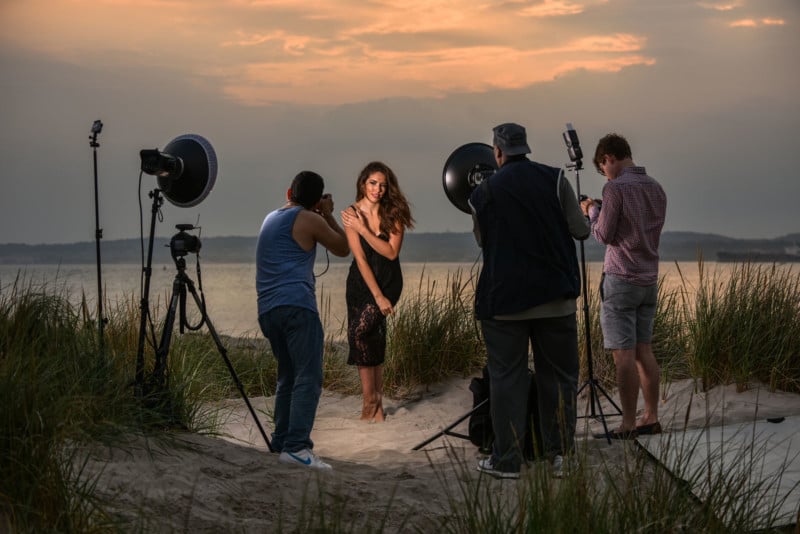 Punching Down Is Easy, but It Hurts Us All

Everyone sucks when they start out, and everyone is on a journey. Taking shots at someone for their lack of knowledge, their age, their camera, or whatever it is that offends your delicate sensibilities comes from a place of weakness. Building up others as they work to grow, even when they are ignorant, elevates the business and the art of photography.

Even through my obnoxious days of brandishing my gaff-taped wizard staff, there were kind and selfless pros who listened to me, guided me, and enjoyed watching me grow. Those mentors passed on to me a tradition of apprenticeship that ties our craft together in a world of shallow YouTube videos and expensive destination workshops.

Punching down is easy, that’s why so many people do it. The people who act as a steady hand and an encouraging voice know what the haters don’t — paying forward your hard-won knowledge, without ambition, is the next level of photography. The next level of anything, really. It elevates us all.

We all enjoy a craft as varied and contradictory as the people who practice it. So why would it make sense to think in terms of doing things in only two ways? For every Annie Leibovitz crafting beautifully lit portraits with a dozen lights, there is a Pete Souza finding ways to tell incredible stories on the fly with only what he can carry. In between are a million of us working to figure it out as we go, helped along by the ones who choose to raise us up instead of roll their eyes.

Don’t buy into the natural vs. strobes hype. Work your craft, keep an open mind, and learn everything you can. You never know, that kid with a flash taped to the end of a stick just might figure a few things out eventually. With a little help, of course.