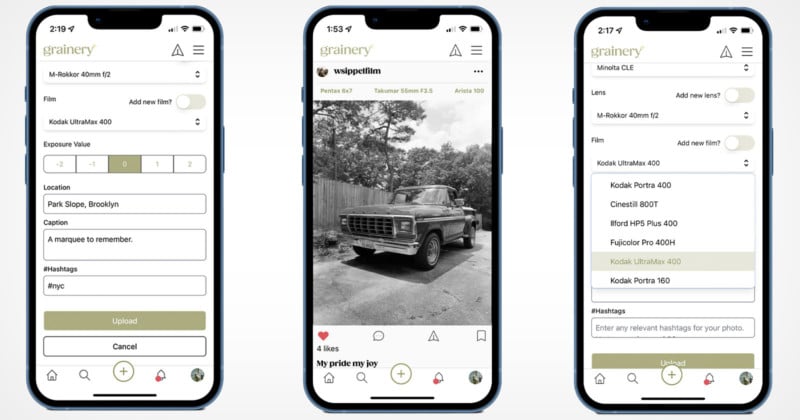 Grainery is a new photo-sharing app designed for film photography enthusiasts. Its beta version is out now and will launch on iOS and Android soon.

The app’s layout will be familiar to Instagram users, with photos displayed much like Meta’s marquee photo-sharing site. Elements such as follower suggestions, direct messaging, explore page, notifications, and even the fonts are strikingly similar to Instagram.

But unlike Instagram, details relevant to film photography are present such as the type of film used, the analog camera body, and the lens model. 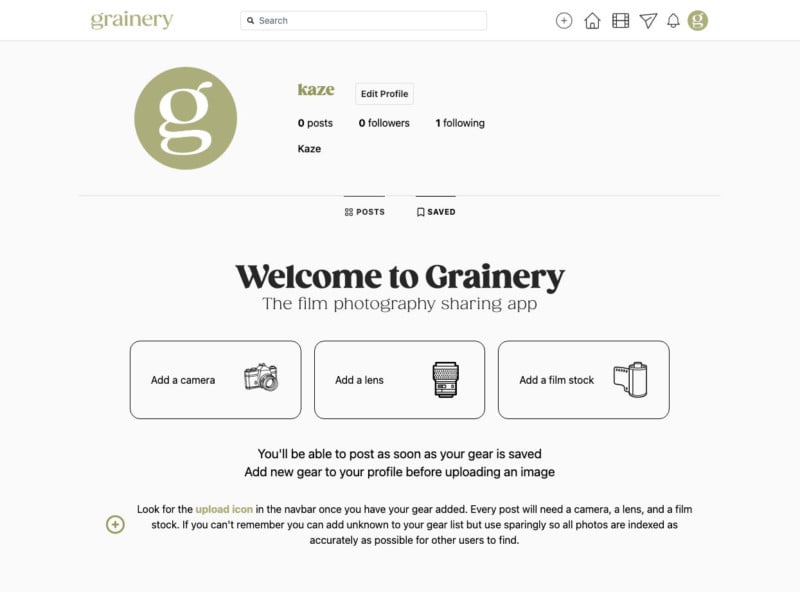 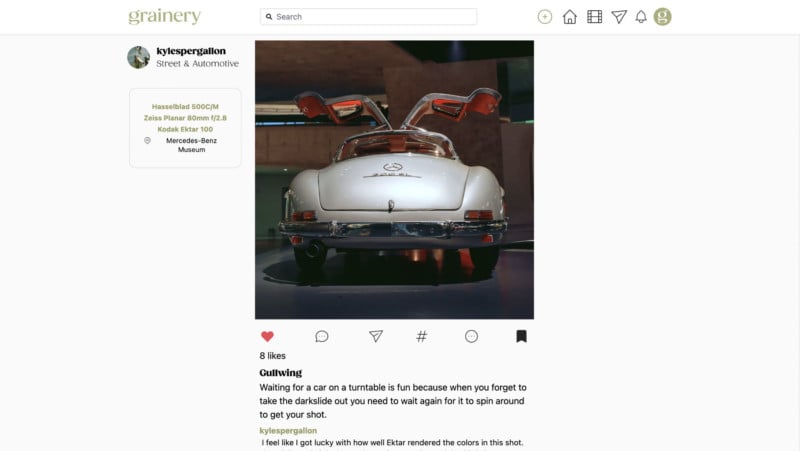 “Grainery is a place to share, learn, and collaborate for film photographers. The hope is that everything feels familiar but with a bit more analog specific features to get the most out of your experience,” says Grainery.

Users will be prompted to fill out the gear section on their profile page and won’t be able to post until they’ve added at least one camera, one lens, and one film stock to their profile. 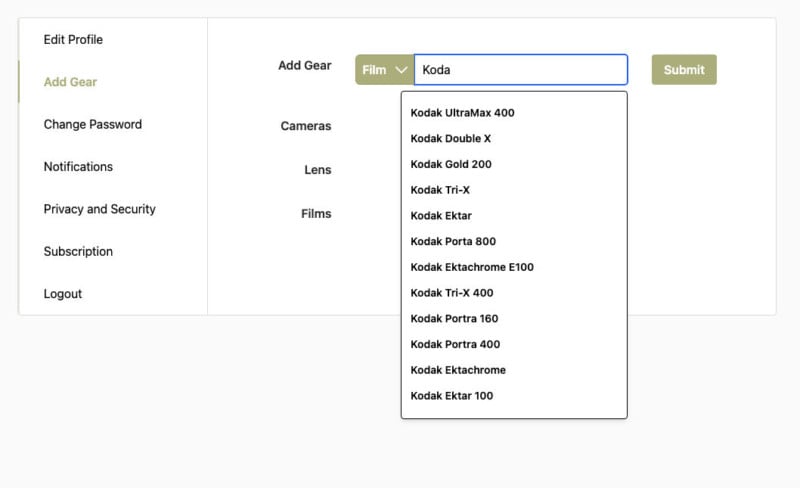 When posting an image the user can add standard details such as the caption, location, and hashtags. It also allows users to state the exposure value, and say whether the film was pushed or pulled during development and by how many stops. If the user had a different film in their camera to the one in their profile, they’re able to change that, too.

Once a picture has been posted, users of the app can find an image by searching for a specific camera, lens, or film. For example, if someone wanted to see pictures taken with a Hasselblad 500C/M, then they can search it by first typing an exclamation mark followed by Hasselblad 500C/M where all posts tagged with that camera will be shown.

The App is at a Very Early Stage

Grainery appears to have been developed by just one person, who yesterday wrote on the app’s Instagram account that the “mobile apps might be done by the end of next week. I launched this project three weeks ago, crazy to think.”

Despite the app being in a nascent stage, it already has users posting film photos on the app from all over the world. Film photography is showing something of a resurgence with film manufacturers releasing new 35mm rolls and a general uptick in interest.