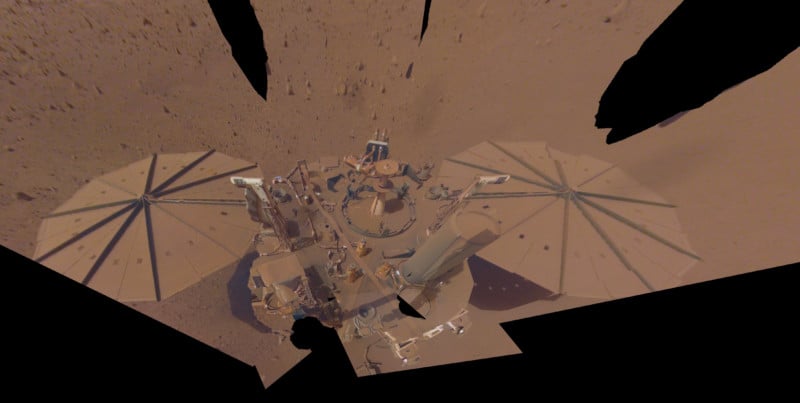 NASA’s Mars InSight Lander has taken its final selfie. Side-by-side with its first selfie taken in 2018 shows the extreme effect of the Red Planet’s environment.

InSight’s main mission was to gather information on the Red Planet’s seismic activity to help measure the depth and composition of its crust, mantle, and core.

“InSight has transformed our understanding of the interiors of rocky planets and set the stage for future missions,” Lori Glaze, director of NASA’s Planetary Science Division, says. “We can apply what we’ve learned about Mars’ inner structure to Earth, the Moon, Venus, and even rocky planets in other solar systems.”

The photo above is described by NASA as the InSight’s “final selfie” and was taken on April 24, 2022, the 1,211th Martian day of its mission. The photo shows how much dust has accumulated on the lander. This last photo shows a stark contrast to two other selfies that the lander took, the first which was captured on December 6, 2018: 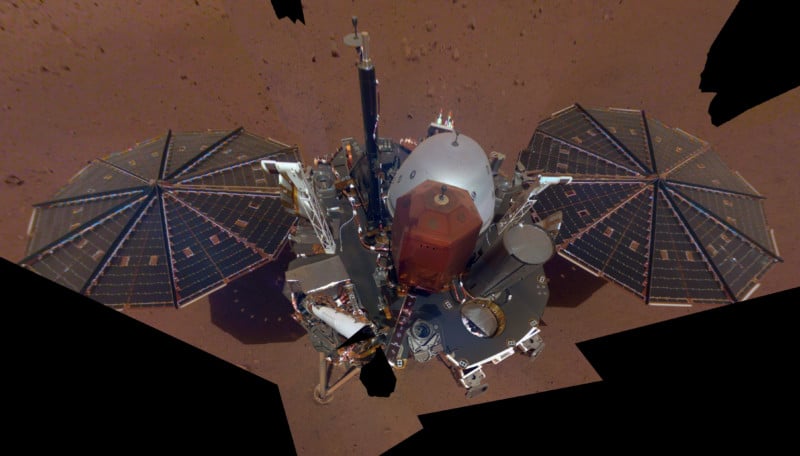 And the second which was shot between March and April of 2019: The below GIF, produced by NASA, jumps back and forth between its earlier selfie and its last, which highlights the massive amount of dust accumulation.

A dusty self-portrait.@NASAInSight took what is likely to be its final selfie on April 24. In the GIF, you can see the spacecraft’s first selfie in December 2018 and its last one where it’s covered in Martian dust. https://t.co/gvCNyRPnzC pic.twitter.com/CcN2Qzg90d

The amount of dust accumulation between 2018 and 2019 is already significant, but by 2022 the lander’s solar panels are nearly completely obscured. NASA says that it is for this reason that the lander had to be retired, as the solar panels are not producing enough power to keep the lander operational.

In order to take these photos, NASA says that the InSight’s arm needs to move several times in order to get the full lander in a composite image. The InSight team will soon put the lander’s robotic arm in its resting position (which NASA says is called the “retirement pose”) for the last time in May of 2022.

Earlier this month, NASA uploaded another angle of one of InSight’s dusty solar panels which accompanied the announcement that the lander was slowly losing power and as a result would end its science operations. “By December, InSight’s team expects the lander to have become inoperative, concluding a mission that has thus far detected more than 1,300 marsquakes,” NASA says.