As he set out to overcome his creative block, photographer Antti Karppinen shot a photo that portrays the feeling of creative exhaustion and lack of inspiration that so many creatives can relate to.

A “Creative Block” as a Photo Concept

Most, if not all, photographers will feel a creative block or experience burnout at some point in their careers. There are different ways to tackle this state of mind but for Karppinen, it took a literal depiction of what he was feeling to climb out of it.

Based in Finland, Karppinen is a digital artist, photographer, and retoucher whose daily professional life revolves around creativity, as does his personal work. But, last fall, due to work overload and stress, he found his inspiration slowly slipping away.

During a walk one day, he listened to “Bad Habits” by Ed Sheeran and realized he suddenly feels better. His mind began to wonder what exactly has caused this creative block and whether there is anything he can do about it.

“I started thinking about the words ‘creative block’ and suddenly I saw in my mind this huge concrete block, and me next to it trying to break it down with a sledgehammer and power tools,” he says.

“And just like that I felt inspired again, already planning how to make this image a reality,” Karppinen adds. “I made a quick audio note about the concept to my iPhone and rushed back home. I did a rough sketch of a concrete block that is half torn, showing a lightbulb inside. That was the concept I needed to create, soon!” 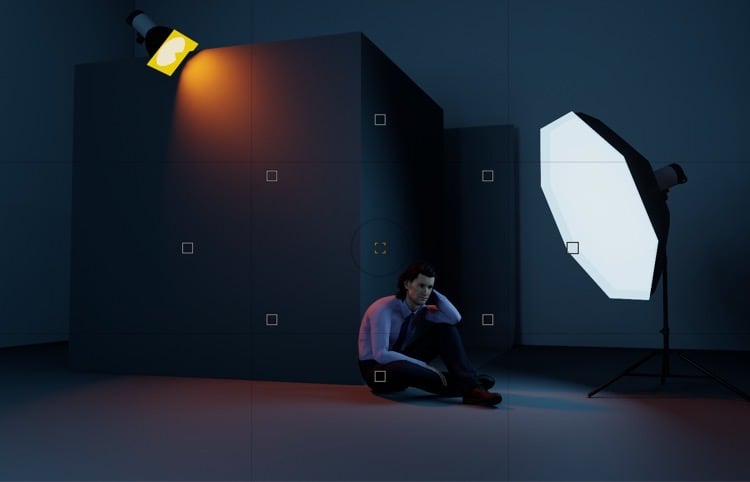 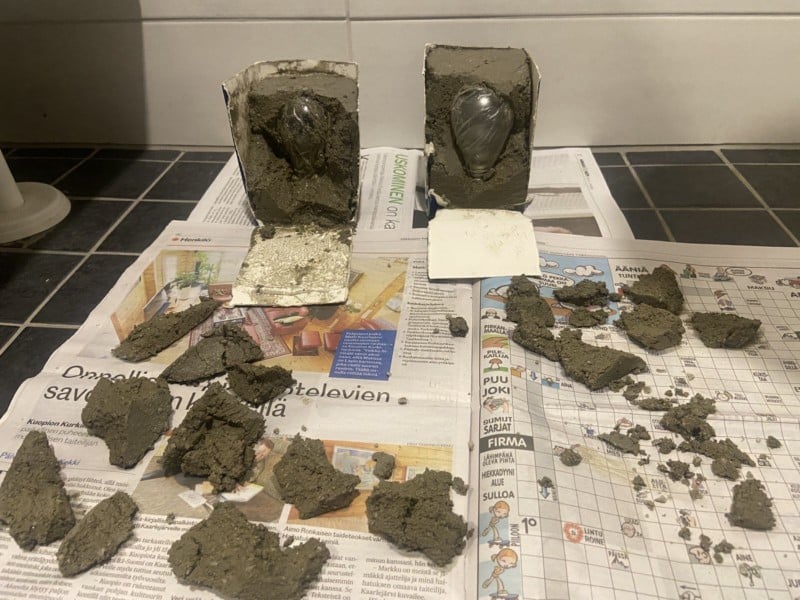 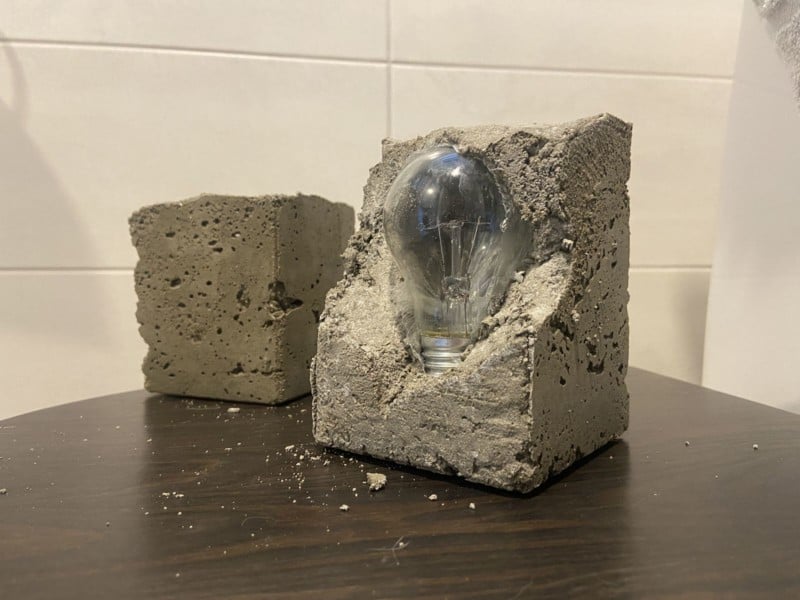 Even though he had the idea, executing it was not easy. It took Karppinen six months to execute the concept starting from the initial idea all the way through to the finished edit. But once he started working on it, he was fully invested. He designed the set for the photo and spent hours crafting, planning, shooting, retouching, and modeling.

The finished photo shows Karppinen’s creative block reimagined as a giant concrete cube that he needs to break to find inspiration. It also reminds Karppinen and other photographers and artists it takes many tries to break through this vicious cycle. 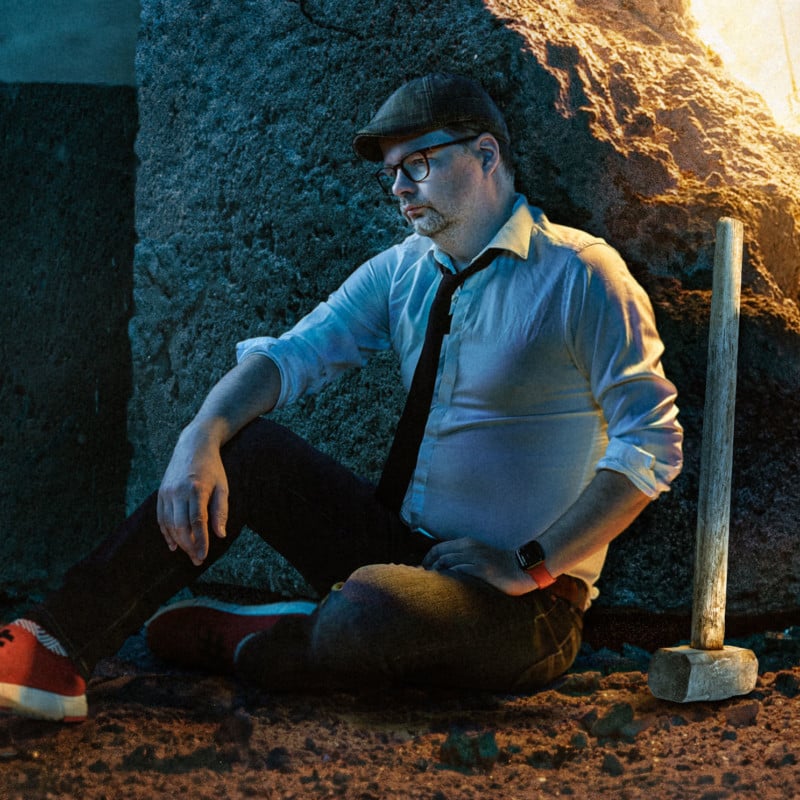 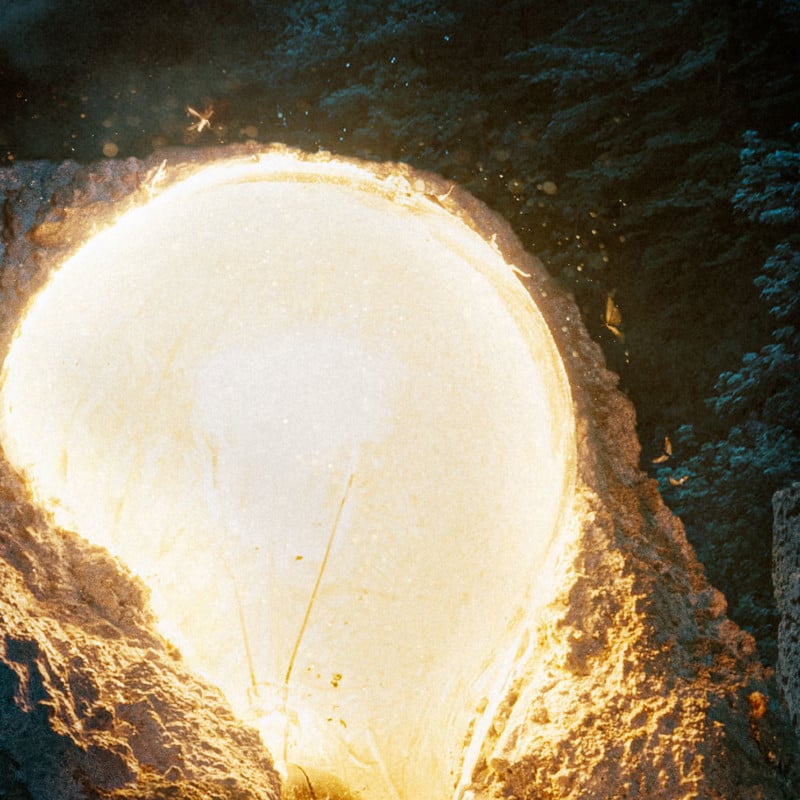 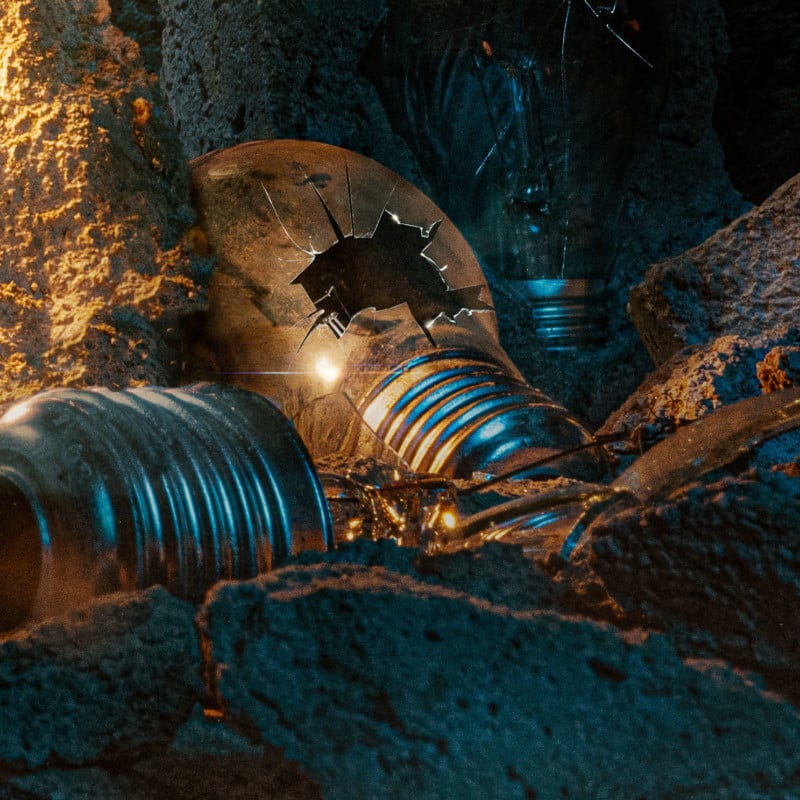 Moving Forward as a Creative Person

After his creative slump, Karppinen was glad to see his photo finished. “I was proud of myself that I took the time to craft all those blocks, made the photoshoot, and then the retouching to finalize the image,” he tells PetaPixel.

“This image is definitely special for me because it shows that I can overcome those creative blocks when I just put my time and energy into it and fight to get up again from the creative ditch.”

Besides intricate projects like these, Karppinen also finds inspiration in movies, music, TV series, articles, walks in nature, and MTB biking. But, lately, he has found spending time outdoors to be particularly beneficial for generating new ideas.

“I have been planning and crafting stuff for various projects and new photoshoots have been already planned, so I know I will be doing new projects soon,” Karppinen talks about his creativity today.

“So, I think I needed this 8 months of a creative block just to restart my creative engines.”