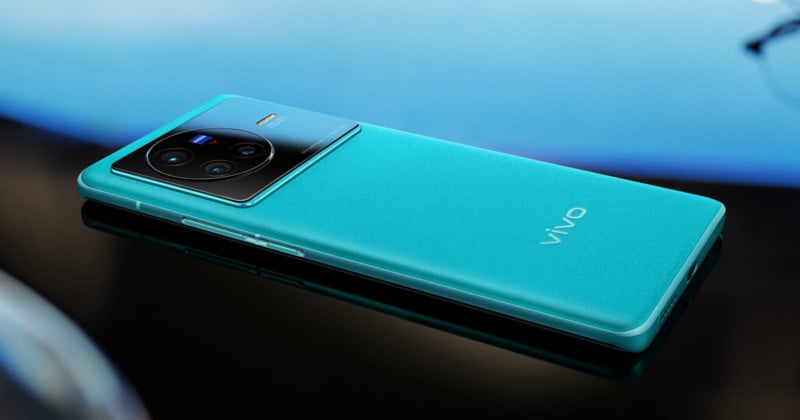 Vivo has announced the X80 series smartphones that build on the foundations of the X Series but offer extensive photography upgrades that it says are unmatched.

The X80 Pro has a 32-megapixel front-facing camera and a four-camera rear array that is made up of a 50-megapixel ultra-sensing camera with GNV sensor and optical image stabilization (OIS), a 48-megapixel wide-angle camera, a 12-megapixel gimbal portrait camera, and an 8-megapixel periscope camera.

Vivo says the 12-megapixel gimbal portrait camera is the core upgrade and allows for enhanced video capture and stability, but the GNV sensor on the main camera optimizes reflectivity and reduces stray light when paired with a High Transmittance Glass Lens for low dispersion and temperature drift that Vivo says was added to reduce glare.

The standard X80 smartphone has the same 32MP front-facing camera and a smaller three-camera rear system consisting of a 50-megapixel ultra-sensing main camera, a 12-megapixel portrait camera, and a new 12-megapixel wide-angle camera. 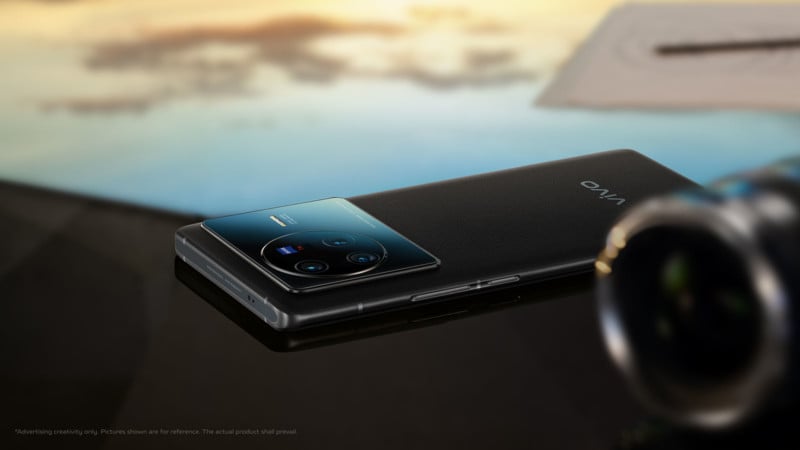 Powering these cameras is the latest iteration of Vivo’s imaging chip, the Vivo V1+. The company says it uses a built-in artificial intelligence (AI) system to create “professional-level” visual enhancement. The X80 Pro has an additional feature called AI Video Enhancement that allows the device to automatically identify the right mode for the light conditions, prompting users to choose between video HDR and night mode depending on the scenario.

In Partnership with Zeiss

The company says that the X80 series smartphones bring a combination of Zeiss optics and cinematic style video for the first time. All rear cameras on the X80 smartphones have Zeiss T* coating which the company says enhances light transmission and helps reduce ghosting and flaring at night.

The X80 smartphones include the Zeiss Natural Color 2.0 that uses an AI Perception Engine that Vivo says improves color accuracy and can even reproduce natural colors to automatically optimize the accurate exposure and white balance as well as tone brightness, which the company says makes photos appear more life-like and natural — akin to how the eye sees a scene.

One of the new Zeiss and Vivo partner features is the Zeiss Cinematic Video Bokeh, which creates an oval-shaped bokeh in film-standard 2.39:1 aspect ratio. Vivo says it creates a widescreen cinematic lens effect that is perfect for aesthetic and expressive videos. 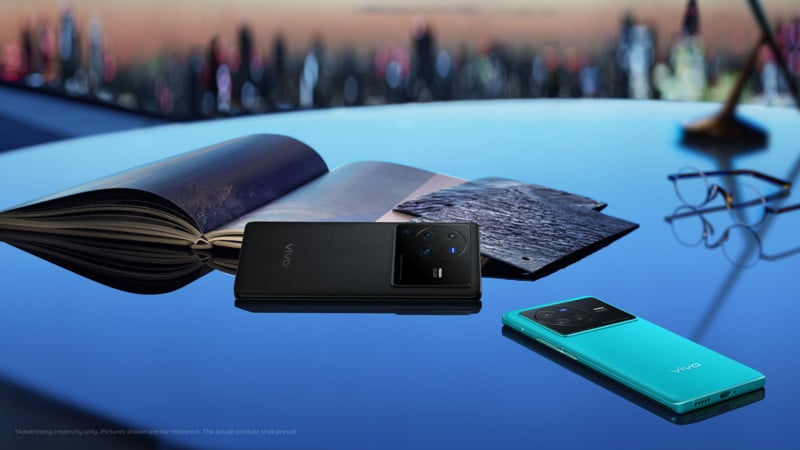 These portrait videos are accessible on all three rear cameras and intelligently match the focal length, aperture, and shooting distance. The new effects are also part of the Zeiss Superb Portrait feature, which allows users to “recreate classic Hollywood aesthetics” through a film-like bokeh effect combined with artistic long-oval bokeh, which is similar to the Zeiss Cinematic Video Bokeh.

“The overall effects can also be enhanced with Vivo’s cinematic lens simulation algorithm and a dual-camera depth-of-field technology that combines flare rendering and processing,” the company says. “By recognizing highlight points, the brightest point in the picture is identified and artistic blue light trails can be created, similar to the blue streak in cinema lenses.”

Vivo also touts its night scene effects that are possible in the Zeiss Superb Night Camera. The X80 series is able to capture city night scenes clearly with the Pure Night View feature in a way that Vivo says is clear but retains the original look and feel of the scene.

The X80 Pro supports what is called XDR Photo, which Vivo ways can improve clarity for backlit images and improve tones that better reflect what the human eyes can see. The XDR Photo feature can optimize the X80 series display capabilities by highlighting contrasting tones in photos to fully showcase the high-quality HDR effects.

The Vivo X80 Pro is powered by a Snapdragon 8 Gen 1 while the standard X80 runs on a MediaTek Dimensity 9000. Both are equipped with enhanced LPDDR5 and enhanced UFS3.1.

For cooling, the X80 Pro uses Vivo’s Ultra Large Liquid Cooling Vapor Chamber that it says allows for maximum cooling surface area that assists in keeping the phone performant even during long video recording sessions. The X80 has the largest Vapor Chamber among any X series camera with 23 heat dissipation layers. 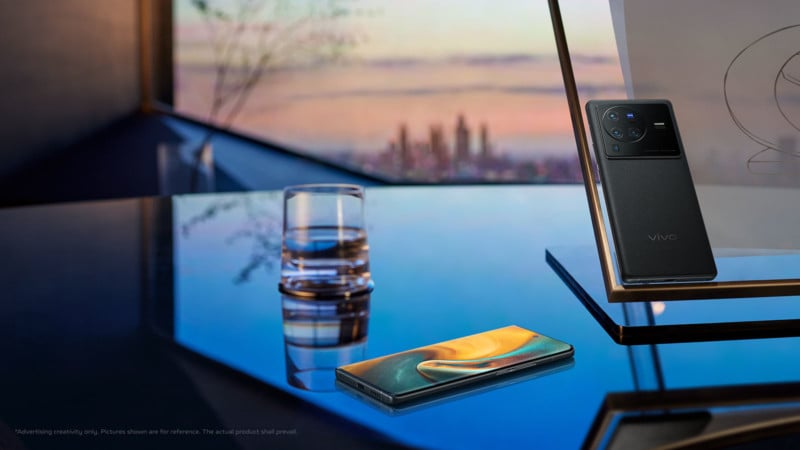 The X80 Pro features a larger in-display fingerprint sensor from Qualcomm that is much larger than those found on other Android smartphones which should theoretically make it easier to unlock.

Vivo did not reveal how much either the X80 or X80 Pro will cost and hasn’t said when it is expected to hit different global markets either. That information will come at a later date.