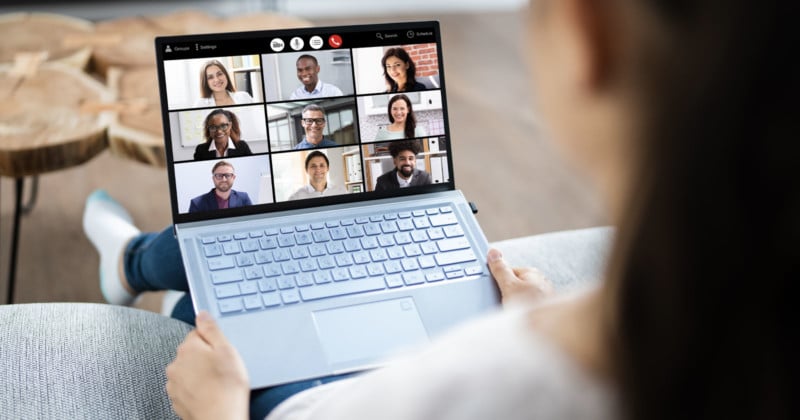 In April, Protocol published a report that alleged Zoom was working on a way to use artificial intelligence (AI) to track the emotion of people on camera. Now, 27 human rights organizations are demanding it abandons the research.

Digital rights non-profit Fight for the Future and 26 other human rights organizations have sent an open letter to Zoom, asking that it abandon its research into using AI to analyze the emotions of people using its video conferencing platform.

Protocol’s April report alleged that Zoom was actively researching ways to incorporate emotion-tracking AI into its platform so that salespeople would be better able to respond to changes in engagement with their prospects. It stated examples such as “frustration detected. Show empathy” as ways that Zoom would be able to provide feedback to salespeople.

Fight for the Future says this software is discriminatory, manipulative, potentially dangerous, and based on assumptions that all people use the same facial expressions, voice patterns, and body language.

“It is inherently biased and linked to inherently racist and discriminatory practices such as physiognomy. Zoom’s use of this software gives credence to the pseudoscience of emotion analysis which experts agree does not work,” Fight for the Future says.

“Facial expressions can vary significantly and are often disconnected from the emotions underneath such that even humans are often not able to accurately decipher them.”

The group of human rights organizations — which includes the ACLU, Global Voices, Kairos, Jobs With Justice, and Access Now — agrees.

“Our emotional states and our innermost thoughts should be free from surveillance. Emotion recognition software has been shown again and again to be unscientific, simplistic rubbish that discriminates against marginalized groups,” Senior Policy Analyst at Access Now Daniel Leufer, says.

“But even if it did work, and could accurately identify our emotions, it’s not something that has any place in our society, and certainly not in our work meetings, our online lessons, and other human interactions that companies like Zoom provide a platform for.”

The letter asks that Zoom respect the relationship of trust and respect with its users and publicly abandon the research by May 20.

“In the past, you have made decisions that center users’ rights, like when you changed your mind about blocking free users from your encrypted service and again when you canceled face-tracking features because they did not meet privacy standards,” the letter reads.

“This is another opportunity to show you care about your users and your reputation. Zoom is an industry leader, and millions of people are counting on you to steward our virtual future. As a leader, you also have the responsibility of setting the course for other companies in the space. You can make it clear that this technology has no place in video communications.”