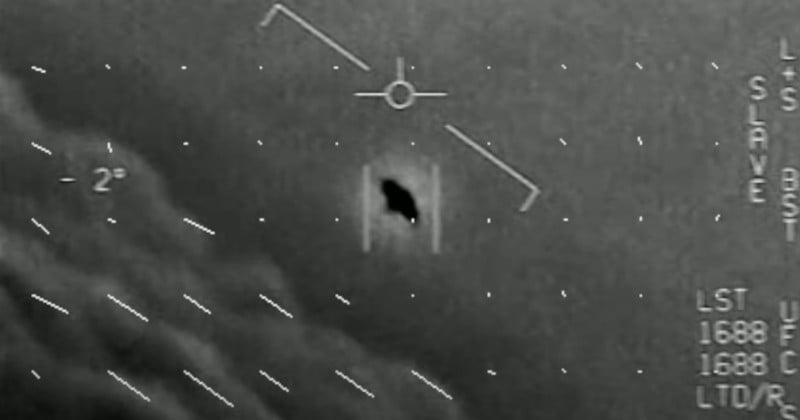 A Congressional panel will be convened next Tuesday to investigate reports of military sightings of UFOs by United States Navy personnel that includes dramatic video footage. It is the first such hearing on UFOs in more than 40 years.

The House Intelligence Committee’s subcommittee on counterterrorism, counterintelligence, and counterproliferation will hold the hearing in order to get a deeper look at the situation through congressional testimony, the New York Times reports. The panel will be based on the conclusions brought about by a nine-page “Preliminary Assessment” from the Office of the Director of National Intelligence.

In the report, the DNI took a look at 144 sightings that date back to 2004 and only managed to explain away one. The report concluded that the UFOs were not a part of top-secret U.S. military testing, but also stated that there wasn’t enough data to determine whether the unidentified aerial phenomenon was “part of a foreign collection program or indicative of a major technological advancement by a potential adversary.”

The recent government interest in UFOs was sparked by eyewitness accounts in the U.S. Navy from retired F18 pilots who were dispatched to observe UAVs buzzing around an aircraft carrier.

Gun camera footage of a UFO that appears to be traveling at breakneck speeds was also leaked, along with the resignation of Luis Elizondo, the head of the Pentagon’s Advanced Aerospace Threat Identification Program (AATIP), which was officially terminated in 2012. According to Elizondo, the program continued with the support of the U.S. Navy and the Office of Naval Intelligence. Elizondo resigned in order to bring attention to the UAP phenomenon and his concerns about its threat to national security.

The Pentagon has since created a new department known as the Airborne Object Identification and Management Synchronization Group. The new office will be tasked to “detect, identify and attribute objects of interest in Special Use Airspace and to assess and mitigate any associated threats to the safety of flight and national security.” This is also the second new program that has been tasked with this mission since AATIP was discontinued. The previous office was known as the Unidentified Aerial Phenomenon Task Force.

And while Congress is set to provide the mystery UFOs with their biggest spotlight since the closing of Project Bluebook, many video experts believe that the gun camera footage has a simpler explanation: optical illusion.

As PetaPixel reported in April of 2020, the optical principle of parallax can make a stationary object appear to be moving, and even infrared glare can look like an object is traveling at a high rate of speed. Another video was published earlier this year that alleged the same.

The hearing will aim to evaluate this explanation as well as the counterarguments, such as eyewitness testimony or how radar was able to detect the UAPs.

As part of the subcommittee’s hearings, testimony will be heard Tuesday from Ronald S. Moultrie, undersecretary of defense for intelligence and security, and Scott W. Bray, deputy director of naval intelligence. The hearing is meant to not only shed some light on what may be causing the phenomenon but to explore how to make it easier for military and civilian personnel to report a sighting without fear of reprisal.

“Since this is an area of high public interest, any undue secrecy can serve as an obstacle to solving the mystery, or it could prevent us from finding solutions to potential vulnerabilities,” Representative André Carson, Democrat of Indiana and the chairman of the House Intelligence Committee’s subcommittee on counterterrorism, counterintelligence and counter proliferation says.

“This hearing is about examining steps that the Pentagon can take to reduce the stigma surrounding reporting by military pilots, and by civilian pilots.”