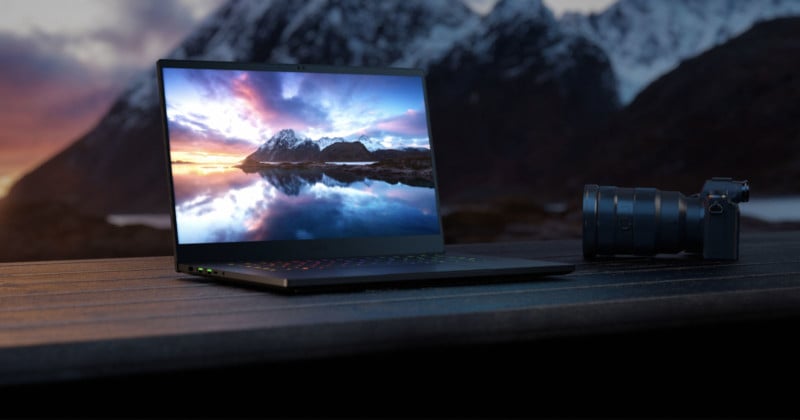 Razer has announced a new version of its Blade 15 laptop that features an OLED QHD 240Hz display that it promises is brighter and more vivid with solid resolution and speed in a combination that is better than any other laptop display on the market.

The company says that the new laptop, which won’t hit store shelves until quarter 4 of 2022, will be paired with Intel’s 12th generation Core i9-12900H processor and an NVIDIA RTX 3070 Ti laptop graphics card. Razer is positioning the Blade 15 as an ideal choice for both gamers and creatives thanks to the processing and GPU power as well as the color accuracy that comes with OLED panels.

“[The OLED Blade 15 is] perfect for a variety of functions, including photo and video editing, watching movies, or playing AAA games,” Razer says.

Speaking of the panel, Razer says that it will reach 600 nits of peak brightness and 400 nits sustained brightness, which is enough to qualify for true HDR. It also supports up to 100% of the DCI-P3 color gamut. Razer did not speciy how much of Adobe RGB the panel would cover, however. The 1 millisecond response time is very fast and matches Razer’s positioning that the OLED Blade 15 as suitable for creatives as well as gaming.

Razer says the new model of the Blade 15 can come outfitted with up to 32GB of DDR5 RAM and a 1TB SSD but will also feature an additional M.2 slot that can be used to expand storage space further. It will also feature a CNC-milled aluminum chassis, laser-cut speaker grills, and connectivity via Thunderbolt 4, USB-C, USB-A, a full-sized SD card reader, and an HDMI port.

PetaPixel reviewed the Razer Blade 15 Advanced in August of last year, which was previous to the availability of Intel’s 12th-generation processors, and found it to be one of the better laptops for creative professionals despite Razer’s general emphasis on gaming. The 11th-generation processor and OLED display in that model impressed in testing, and the upgrade to Intel’s latest processor should result in even better performance.

Update: 5/3: After publication, Razer specified that the display will be able to reach peak brightness of 600 nits with sustained brightness around 400 nits.