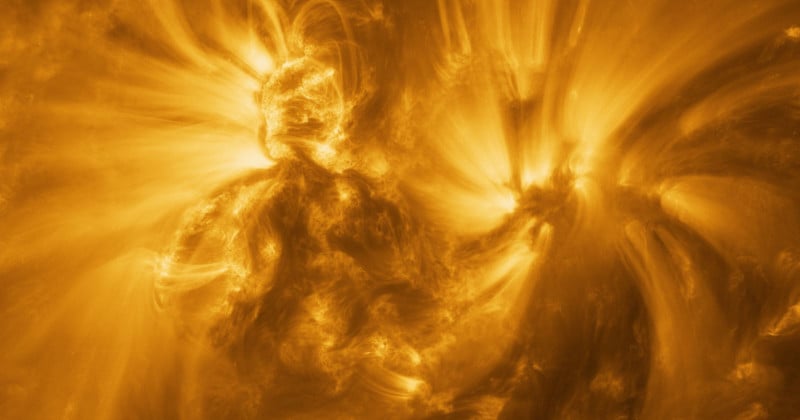 The European Space Agency (ESA) has released the highest resolution photo ever taken of the Sun that includes its full disc, outer atmosphere, and corona that has ever been captured.

The photo was taken on March 7 by the Extreme Ultraviolet Imager (EUI) and is a mosaic of 25 images that were combined together to create a 9,148 x 9112-pixel photo, which is about 83-megapixels, making it the highest resolution photo of the Sun’s full disc and outer atmosphere ever taken.

“For comparison, this image has a resolution that is ten times better than what a 4K TV screen can display,” the ESA says.

The photo, below, was captured by the highest resolution instrument on the EUI and was taken at a wavelength of 17 nanometers, which is in the extreme ultraviolet region of the electromagnetic spectrum. It shows the Sun’s upper atmosphere, also known as the corona, which has a temperature of around a million degrees Celcius. 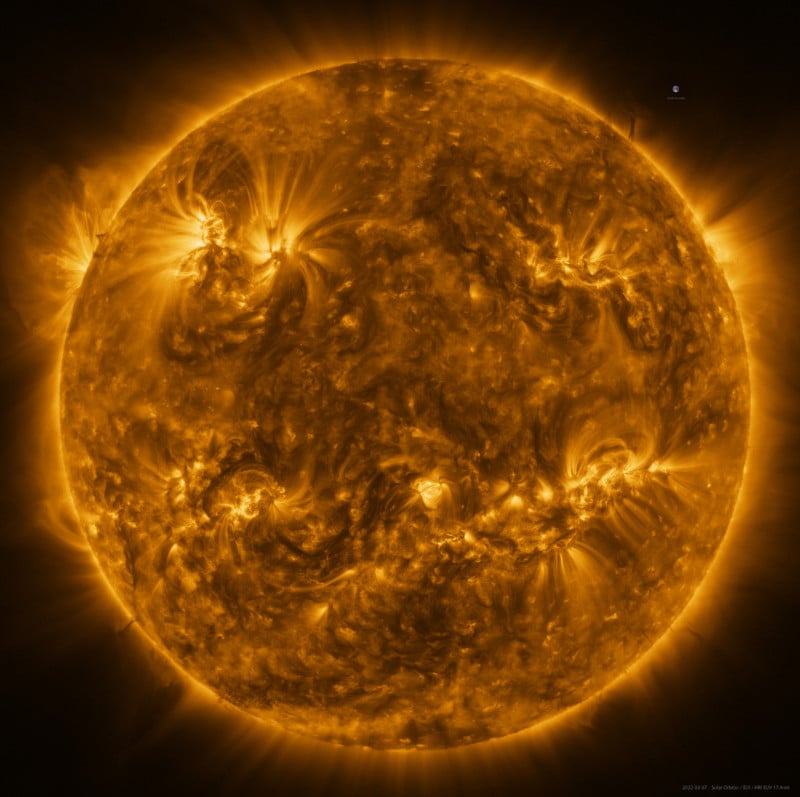 While easy to miss, the ESA also included an image of the earth in the photo to show the scale of the sun. It can be seen in the upper right-hand corner of the photo.

This photo was taken when the Solar Orbiter was about 75 million kilometers from the sun, which is about halfway between the Earth and the solar system’s star. The ESA says that the telescope of the EUI takes pictures at such a high spatial resoltuion that it took it 25 individual photos to cover the entire Sun, hence the massive final resolution.

“Taken one after the other, the full image was captured over a period of more than four hours because each tile takes about 10 minutes, including the time for the spacecraft to point from one segment to the next,” the ESA explains.

The ESA points out that at the 2 o’clock position (which is near the image of Earth on the photo) as well as the 8 o’clock position at the edges of the Sun, what it calls “dark filaments” can be seen projecting away from the surface. These areas are prone to erupt, which sends huge amounts of coronal gas into space and creates “space weather” storms.

In addition to the high-resolution infrared photo, the ESA’s Solar Orbiter also captured temperature readings using the Spectral Imaging of the Coronal Environment (SPICE) instrument. This instrument takes multiple images at different wavelengths simultaneously that correspond to the different layers of the Sun’s lower atmosphere. 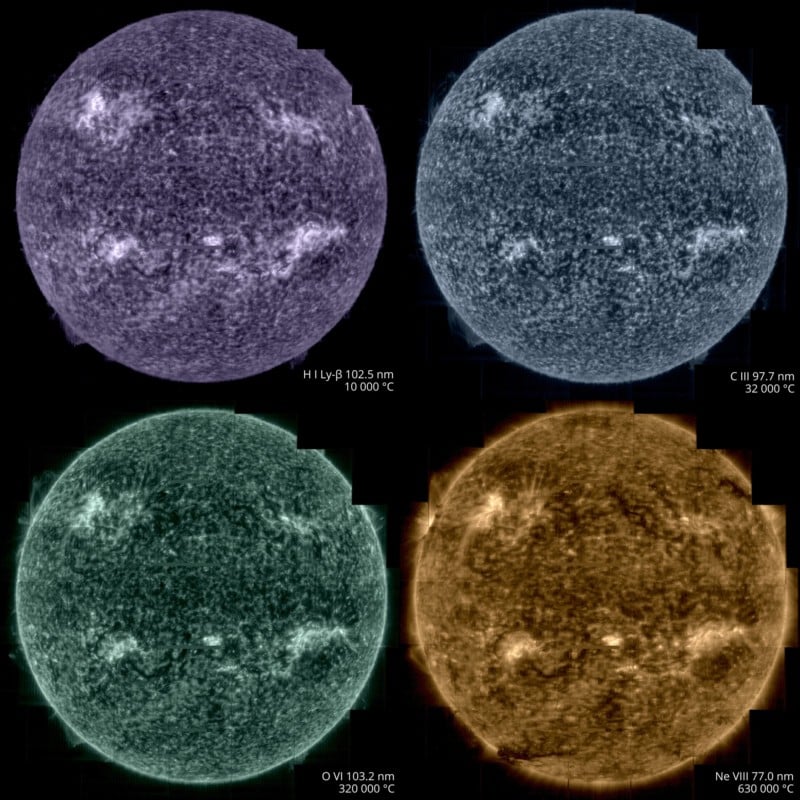 “This will allow solar physicists to trace the extraordinarily powerful eruptions that take place in the corona down through the lower atmospheric layers,” the ESA says, explaining why these images are important. “It will also allow them to study one of the most puzzling observations about the Sun: how the temperature is rising through the ascending atmospheric layers.”

Just as is the case with the EUI, SPICE images are made up of a mosaic of 25 individual scans and these represent the best full Sun images taken at the Lyman beta wavelength of the ultraviolet light that is emitted by hydrogen gas.

The Solar Orbiter will take more images over the coming years as it repeatedly flies closer to the Sun in a tightening orbit.