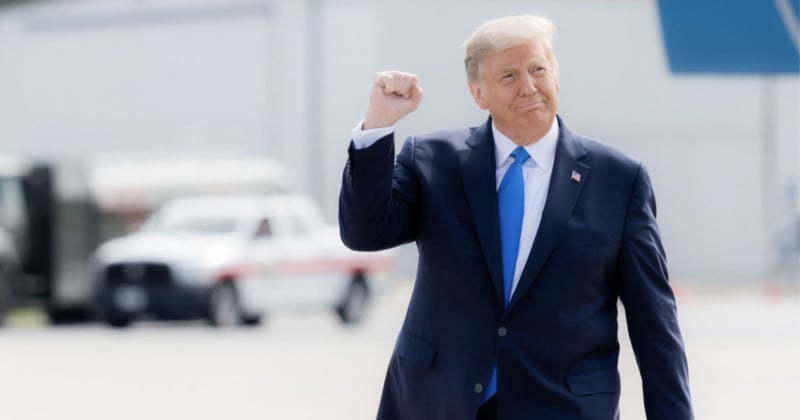 Former White House chief photographer Shealah Craighead planned to publish a photo book of her images from the Trump presidency, but Donald Trump undercut that plan and sold his own book with her work in it, stealing her thunder.

In a report from the New York Times, Craighead notified former President Trump of her intention to publish a book of her more memorable photos. This is not an unusual idea, as multiple previous White House photographers have gone on to publish their own books. The Times notes that Barack Obama and George W. Bush were both extremely supportive of their photographers and wrote forwards for their photo books.

It was not so smooth of an experience for Craighead.

First, Trump asked her for a cut of the book’s advance payments in exchange for writing a forward and promoting the book. Later, that changed and Trump asked her to hold off on her book project so that he could take her photos and those from other White House staff photographers and publish his own book. He did so, and copies are selling for as much as $230 (for a signed copy).

CNN recently reported that Mr. Trump has sold $20 million worth of books since its launch in December.

Craighead, who was only the second woman to be a White House chief photographer, had been previously complimentary of the controversial president. In 2018 she had said she and Trump had a “lovely relationship” and that he was “very professional.” She also went out of her way to be sure she was not taking photos that were associated with her on a personal level “but rather associated with the president and the administration on a professional level.”

Still, the Times reports that this did not seem to have an effect on Mr. Trump’s decisions regarding her book. Craighead had even reached a tentative deal with a publisher that involved “an advance in the hundreds of thousands of dollars,” per his request.

A Trump spokesperson, Taylor Budowich, did not deny these claims, and explained that Trump changed his mind after the initial conversation and decided to use the images himself for his own book before Craighead could.

“President Trump has always had an eye for beautiful and engaging curation, which came alive through the pages of his book,” Budowich told the Times.

White House photographers’ work is considered in the public domain and available to anyone (photos can even be found on Flickr), which means Mr. Trump did not violate any laws, but typically photographers are the ones who release, market, and sell their work, not the Presidents in the photos.

“It’s a slap in the face,” Eric Draper, the chief White House photographer under George W. Bush, tells the Times. “I would be disappointed if I were in her shoes.”

“Shea’s a very talented photographer and this was really all of her hard work. I just keep thinking: what a shame that he is actually now profiting off of it,” Grisham says, “But then again, this is the guy who is hawking caps and all kinds of stuff right now to raise money for himself.”

The Times says that after it contacted him for comment, Trump called Craighead for the first time since leaving office and, now finally, offered to write her a forward for a future book they could do together.