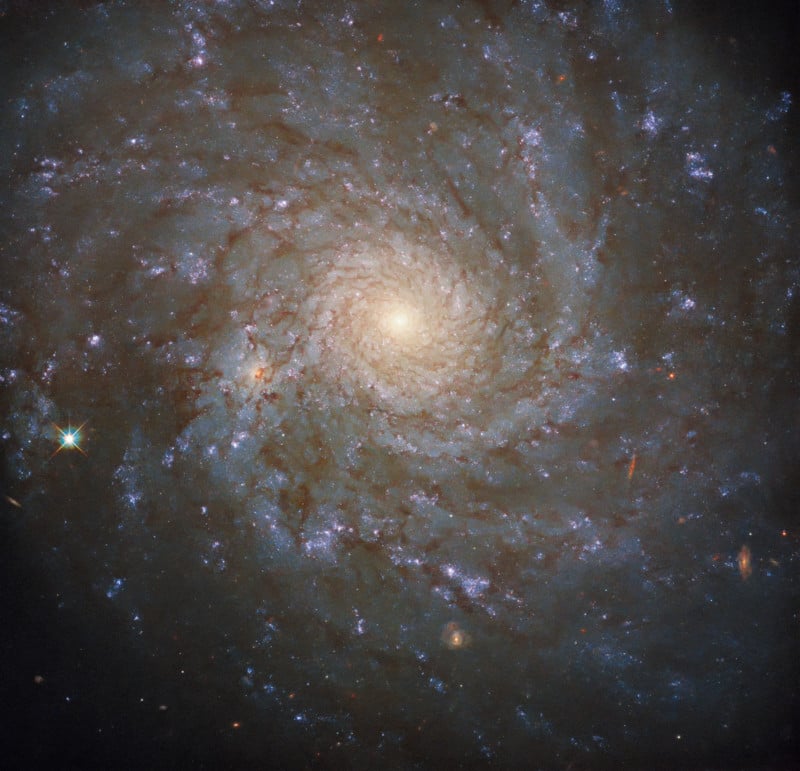 Hubble has photographed a massive spiral galaxy that lies about 60 million light-years from Earth. Despite its size, it’s far from the largest celestial object known to astronomers.

The photo was captured by the Hubble Space Telescope’s Wide Field Camera 3 and shows a spectacular view of the spiral-shaped galacy NGC 4571 which lies in the constellation Coma Berenices. NASA notes that this constellation — whose name translates as Bernice’s Hair– was named after an Egyptian queen who lived more than 2,200 years ago.

Big, But Not Nearly the Biggest

NGC 4571 is part of the Virgo cluster, and despite its massive size, NASA says it is far from the largest such structure known to astronomers. For example, Virgo is full of more than a thousand galaxies, and this cluster is in turn part of the larger Virgo supercluster which encompasses the Local Group that contains the Milky Way.

NASA explains that this particular photo comes from a large program of observations designed to produce a treasure trove of combined observations from two great observatories: Hubble and the Atacama Large Millimeter/submillimeter Array (ALMA).

ALMA is a vast astronomical interferometer radio telescope that consists of 66 high-precision antennas and is located high in the Chilean Andes mountains, specifically 16,000 feet above sea level on the Chanjnator plateau. It uses its many antannaes together to observe at wavelengths between infrared and radio waves. This allows ALMA to detect the clouds of cool interstellar dust which gives rise to new stars.

NGC 4571 is the second photo of a galaxy that NASA has released this week, the first being the eye-shaped NGC 1097. That first photo was made using two of Hubble’s cameras, the Wide Field 3 — the same one used to produce the photo above — and the Advanced Camera for Surveys (ACS) which recently turned 20 years old.

It is also worth remembering that the colors that are visible in these photos are produced with the help of filters, as the Wide Field Camera and ACS only capture light at a specific wavelength.