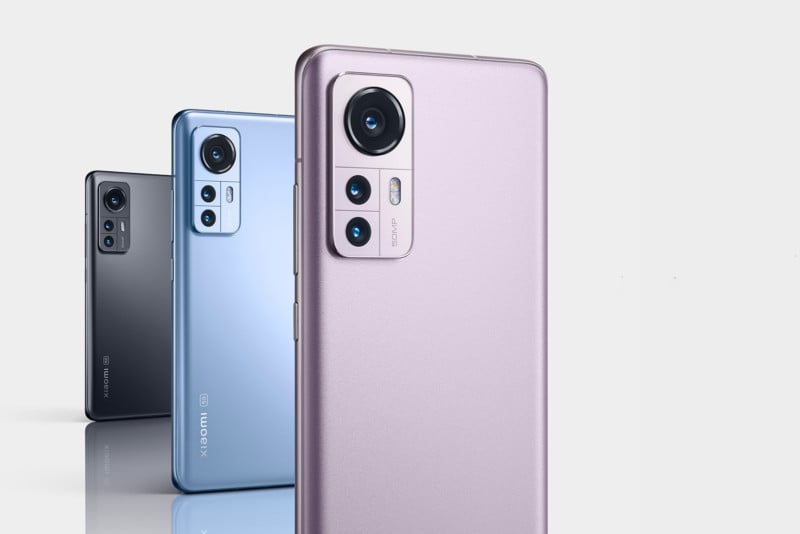 Xiaomi is back with another trio of high-end smartphones and has released the new 12 Series made up of the Xiaomi 12 Pro, Xiaomi 12, and Xiaomi 12X.

The three smartphones were originally launched in China last December and are finally making their way into the west today.

Sticking to its focus over the last few years, Xiaomi is going after the crown for mobile photography, which explains why its marketing focuses so heavily on camera performance. The company upgraded this series on both the hardware and software side, but until we test them out for review at PetaPixel, the jury is out on what it all means.

Xiaomi will go with a 50-megapixel main wide camera as its primary shooter on all three phones, though there are some differences, particularly with the 12 Pro. That model will boast 50-megapixel sensors on all three of its rear cameras, so the ultra-wide and telephoto lenses will shoot at the same resolution. The difference is the wide camera has the Sony IMX707 (1/1.28-inch) image sensor, with an f/1.9 aperture and 2.44 Micron pixels. 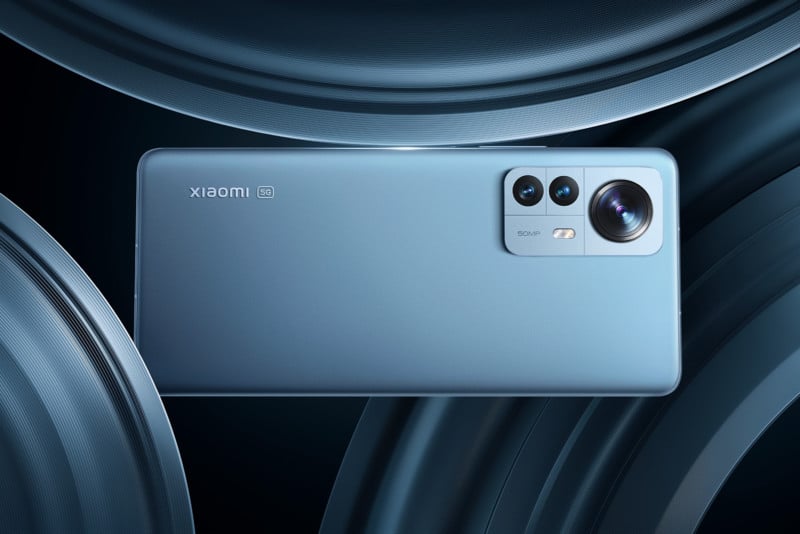 It’s the first phone to use Sony’s newest mobile image sensor, which may be a slight upgrade over the previous IMX700 sensor, though we’ll wait to see what the results show. We know already that the other two 12 Series phones won’t match the output, as Xiaomi equipped them with the IMX766, a smaller sensor, albeit with a slightly more open f/1.88 aperture.

The 12 and 12X will also sport different additional lenses from the Pro. Those will have a 13-megapixel ultra-wide and a 5-megapixel tele-macro layout (a 50mm equivalent). Xiaomi largely strips the 12X from its newest software and AI features, leaving them for the more advanced 12 and 12 Pro.

From a software point of view, Xiaomi is playing up its own proprietary AI algorithms, which it claims will be great for shooting low-light and moving subjects. Its ProFocus software “intelligently identifies and tracks objects, preventing blurring or out-of-focus shots of moving or veiled subjects.” That is supposed to extend to eye and face detection for autofocus. 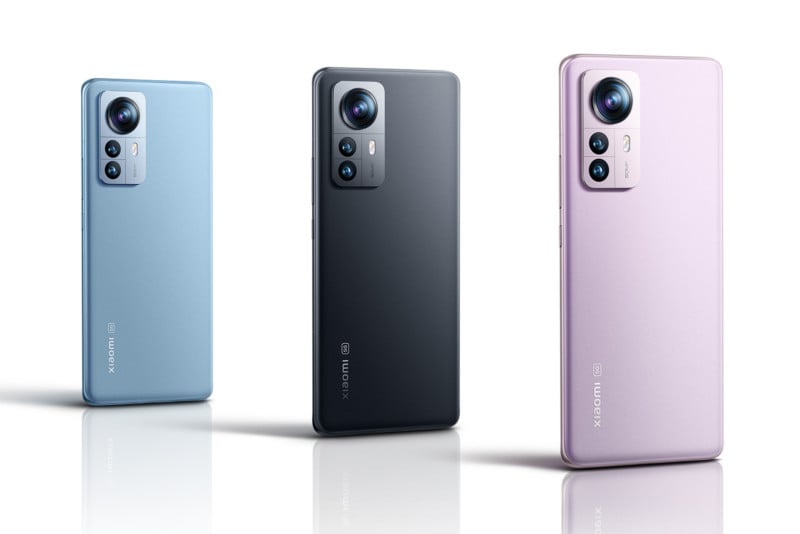 The 12 Pro and 12 also get new silicon in the latest Snapdragon 8 Gen 1 processor. Built on a 4nm process, Qualcomm has been highlighting the chipset’s ability to boost both graphics performance and battery efficiency compared to previous chips. The 12X won’t be so fortunate, as Xiaomi put the more modest, yet still powerful, Snapdragon 870 processor in that one.

All three have AMOLED displays, with the 12 Pro a little bigger at 6.73-inches, including TrueColor, HDR10+ and Dolby Vision support, along with Gorilla Glass Victus protection. The WQHD+ screen (3200 x 1400) can go up to 120Hz on its refresh rate, and even up to 1,500 nits in peak brightness.

The Xiaomi 12 and 12X use the same 6.28-inch AMOLED with 120Hz refresh rates. They will each come with stereo speakers, whereas the 12 Pro comes with quad speakers split up into two tweeters and two woofers.

As is often the case with Chinese manufacturers, Xiaomi wants to push the limits with battery charging by including a 120W HyperCharge charger. With the 12 Pro, particularly, plugging in and using Boost mode would see the device fully charge in just 18 minutes. Wireless charging maxes out at 50W, and you can reverse charge up to 10W.