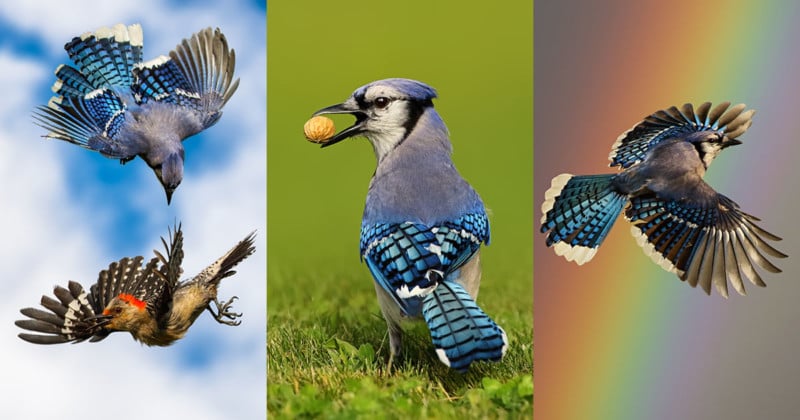 During the spring and summer of 2021, I did not do a lot of photography in places other than my backyard. I have always spent some time photographing birds in my yard, with my favorite subject being the blue jay.


Blue jays are a common backyard bird found in eastern and parts of central North America. They are smart, fun to watch, and very pretty. What is even more amazing is that they are not really blue. The pigment in blue jay feathers is brown melanin and we see them as blue because of a phenomenon called light scattering. Blue pigment in nature is rare.

The Beginning of My Blue Jay Photos

It all started in March with a few blue jays on the wires outside my upstairs window and a few shelled peanuts. Throwing some peanuts out the window to them and watching them dive down for them, I decided that I wanted to be able to get photos of them flying. A pair of red-bellied woodpeckers also joined in on snatching the peanuts.

I started out photographing from the window until I knew they were comfortable with me. When they started to snatch the peanuts off the window sill with me sitting there I knew I could try it outside so I was not always looking down on them.

They quickly learned that I was the peanut supplier in that window. They started to come almost every day no matter what the weather was and called outside the window till they got something. The woodpeckers also learned if they sat on the wire outside the window they would get peanuts like the blue jays.

When they started to get the peanuts with me sitting outside I started to learn about each individual bird’s habits and behaviors. And also how they could be identified by the black stripes on the side of their heads. They prefer the peanuts in the shells and they always must be unsalted. Instead of throwing out handfuls or putting them in a feeder, I kept the bag at my side controlling how much they got while also controlling my backgrounds for my photos.

In April, when forsythia bushes were in bloom I would throw peanuts in the direction of neighbors’ bushes so when a bird grabbed that peanut I had some chance of getting a nice yellow background depending on their flight direction.

Learning to Shoot Birds in Flight

The flight photos did not happen overnight; they were the result of fiddling with settings in my Canon 7D Mark II DSLR and many hours of practice daily. I would dump so many in the beginning and would be happy even if I got just one photo.

I started to use all 65 focus points in my camera with the focus tracking to help me learn to catch them and their movements. It almost kind of sounds like it would be made to be easy but it was not at all. The moving points did not always grab them and I still had to move and follow them and learn their flight behavior.

I started by trying to track them as they grabbed the peanut from the ground. Since I was in control of the peanuts and only throwing one at a time, more than one bird would go after the peanut so not every shot was a blue jay with a peanut in the mouth. After getting those shots down, I moved to catching them as they would dive down from the wire. 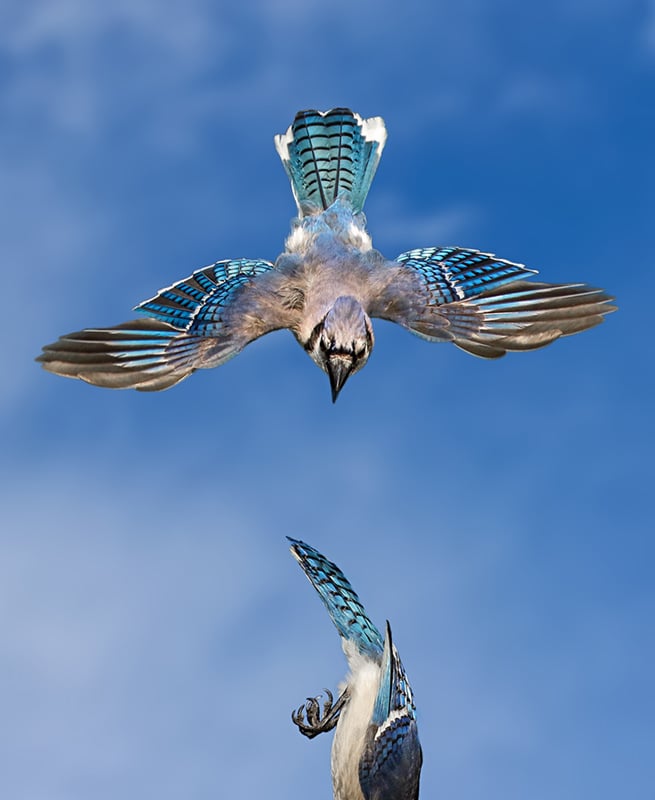 After a storm one evening we had a rainbow and I put peanuts in the direction of the rainbow in hopes that one of the birds would fly into the tree from the wire. This was the result, the compression from the long lens zooming into the bird makes the rainbow appear closer than what it actually was. 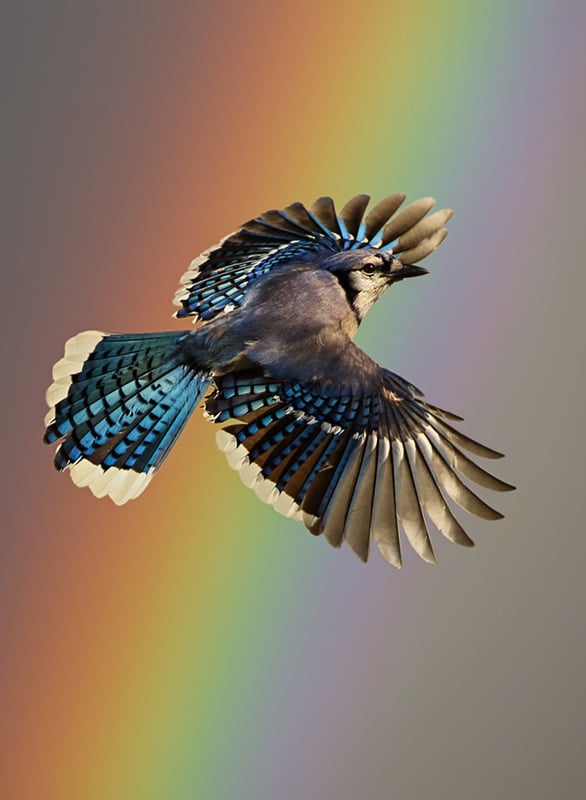 During the early summer when the birds were all collecting peanuts because the females were nesting, things really started to heat up between the blue jays and woodpeckers. They often would have these little squabbles which always made for great photos. I did start throwing more than one peanut out at this time because they were really working to collect peanuts and coming back very fast for the next one. The Art of Waiting and Watching

The more I sat out in my yard, the more I saw. And the more I learned how to catch small birds like blue jays and woodpeckers with their flight pattern of taking dips, the more I was able to catch other species.

By the end of the summer they were so used to me they would even snatch the peanuts I was putting on the ground next to me with no fear. They would hop around too close for me to even shoot. They have returned from their few months away during the winter.

Who knows what this spring will bring. But even if you can’t go anywhere or have nowhere to go, no matter where you are, the longer you sit in your yard the more wildlife you will notice around you. 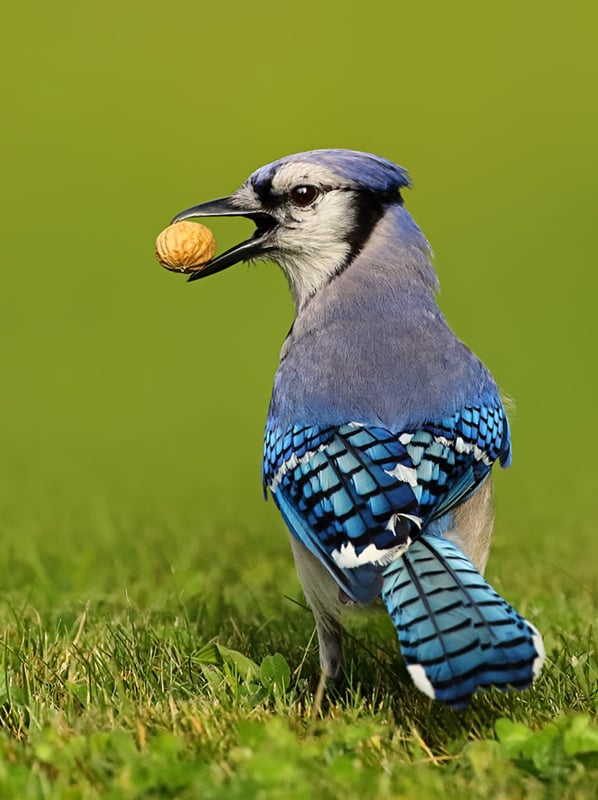 Always have peanuts on hand for your yard birds, and learning the behaviors and movements of your yard friends is just as important as knowing your camera.

About the author: Jessica Kirste is a photographer who focuses on wildlife, bird, and zoo photography. The opinions expressed in this article are solely those of the author. You can find more of Kirste’s work on her Instagram. Prints and products featuring her photos are available through her Redbubble online store.