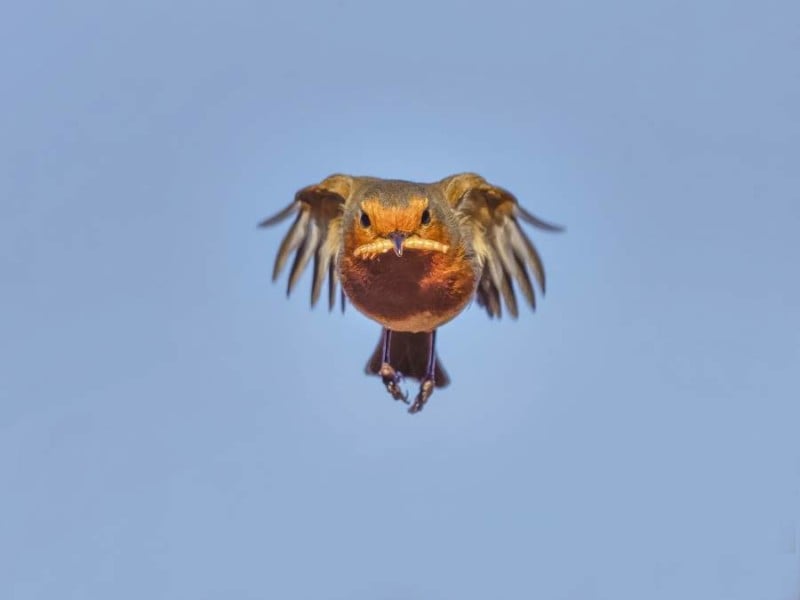 A British photographer in his backyard has managed to capture a series of remarkable photos showing a lively robin soaring through the air with a mealworm mustache on its face.


Photographer Martin Abbess spotted the little bird flitting around his home in the United Kingdom and reached for his camera. In all of the pictures, the robin has a mealworm in its beak as it flies through the sky. 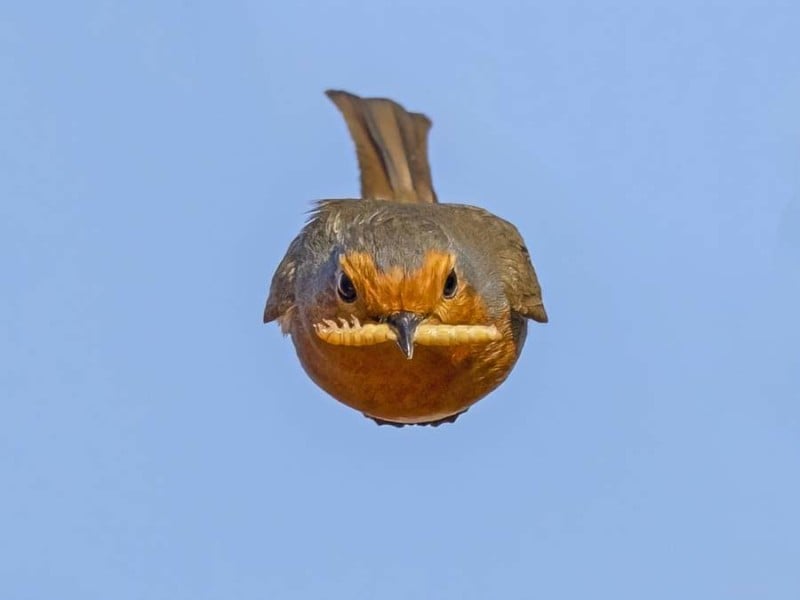 “He is quite a character and is a real regular in the garden,” explains Abbess. “He is always backwards and forwards.”

Abbess captured the photos in his back garden in Royston, Hertfordshire, England, where the robin has been a daily visitor for two years. Abbess took full advantage of his familiarity with his own garden to capture the robin photos, something that all photographers should be aware of.

“I call this robin Superbob, he visits me every day in my garden,” explains Abbess.

“I feed him with worms that I make available to him. I wait for it to land on my fence, it jumps into the air and then flies towards me,” he says.

“It happens very quickly of course, and I use the Pro Capture mode of my EM1 Mark III coupled with the M.Zuiko 40-150 f/2.8 Pro to capture these kinds of photos.”

In fact, Abbess has captured amazing shots of “Superbob” before. Using his knowledge to capture the fabulous photo above.

Earlier this year, Jessica Kirste penned an article for PetaPixel about how she sets about photographing blue jays in her garden. She explains how she uses peanuts to attack birds and position them to get stunning photos of not just bluejays but woodpeckers as well.

Elaborate setups to capture backyard birds are common among photography enthusiasts. PetaPixel“>David Travis shared with his setup with PetaPixel that even included off-camera flash to create an extra pop in his pictures.

Last month, PetaPixel reported on Stan Maupil who was dared to recreate Christian spencer’s ethereal prism photos of hummingbirds. The birds only appear in the summer and Maulin spent three summers perfecting the technique.