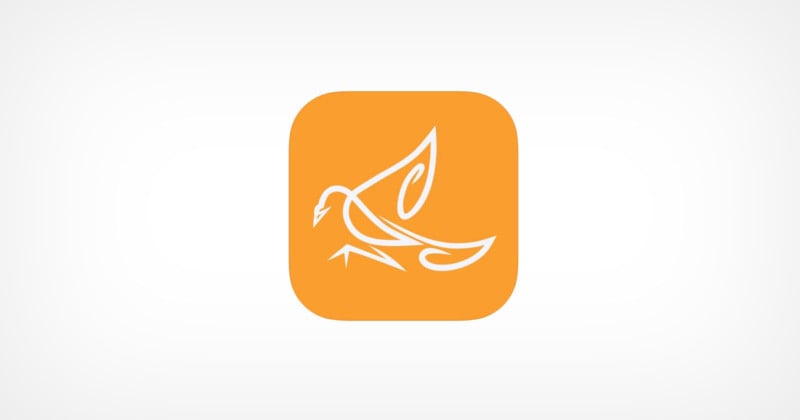 Pidgeon, formerly Lensii, is a photo-sharing app designed to take on Instagram. Its founder says it will run on a freemium model and will never play host to the annoying onslaught of ads that plagues the app it’s meant to replace.

After a bit of a bumpy start and an elongated waiting period to be approved by both Google Play and the Apple App Store, Pidgeon is now available on smartphones and hopefully addresses some of the feedback Park received.

Pidgeon, initially Lensii, initially billed itself as a Google Photos replacement and then shifted gears to take on Instagram. To do so, Park says that he added several features to the app that make it worthwhile to use over Instagram.

“We got some early feedback that indicated we needed to have a more strongly defined value proposition over what Instagram offers, which we agreed with,” Sunghoon Park, the founder of Pidgeon, tells PetaPixel.

Pidgeon’s name is derived from the idea of carrier pidgeon that were used to send messages to people, as the app’s founder says that’s what this service is used for: sharing photos and messages.

As mentioned in the initial coverage of Lensii last year, the app uses a voting system to determine popularity, rather than likes.

“To get around the popularity contest aspect, we don’t have ‘likes,’” Park told PetaPixel last year.

“Instead, people can vote on how good they think a picture in a post looks, and only the average vote will be visible. This also has the secondary effect of helping us improve our machine learning model for when the photo library part of the app launches, since every vote is a piece of data we can use to train the model.”

The feed is therefore chronological, and posts in the discovery queue are ranked based on net upvotes and downvotes divided by a function of time.

“Posts are made to what we call categories, which basically work like subreddits — if you’re familiar with how Reddit works. This allows people to browse, for example, by ‘pets’ or ‘travel’ or the like,” Park says.

But it wasn’t enough for Park to just put a spin on what Instagram already does. To add more value to Pidgeon, Park added photo-based chat rooms.

“When you post a photo, generally you’d like to talk about it. But comments aren’t always the nicest way to do this (but we do have a comment system as well),” he says.

“So we made chat rooms. Anyone can create a chat room, and each chat room can have a number of categories associated with it. Whenever someone in the room makes a post to a category associated with that room, the post is automatically shared to the room so all the members can see it. So when you share a post, that photo is shown to a chat room containing people who are interested in that type of photo.”

Park says chat rooms can be public or private, and private rooms require a password to join. Anyone can find a chat room to join as they can be searched by the name of the room or a category a person might be interested in.

The app is designed to just be for photos, and Park doesn’t see that changing.

“We don’t have videos on the roadmap of things we want to add to the app. Youtube and Tiktok already dominate that space, and we just want to provide a platform for people who want to see and share photos, now that Instagram doesn’t want to do that anymore,” he says.

Pidgeon runs on a freemium model, as Park says he never wants to have ads on the platform.

“We plan to follow Discord’s revenue model, where the app feels complete without the user having to pay, and the subscriptions truly feel like enhancements rather than necessities. We don’t currently have exact numbers for what our pricing will be if a user does want to go premium,” he says.

One of Pidgeon’s major selling points is that because it never wants to run ads, the company itself has no financial incentive to sell its user’s data.

“But we will have a financial incentive to keep our users happy, because they’re the ones paying the bills,” Park says.

Pidgeon is free to download on Google Play for Android devices and for iPhone and iPad on the App Store.